League of Kingdoms; Build Your Kingdom, Form Alliance, Fight and Earn in the Metaverse
Advertisement 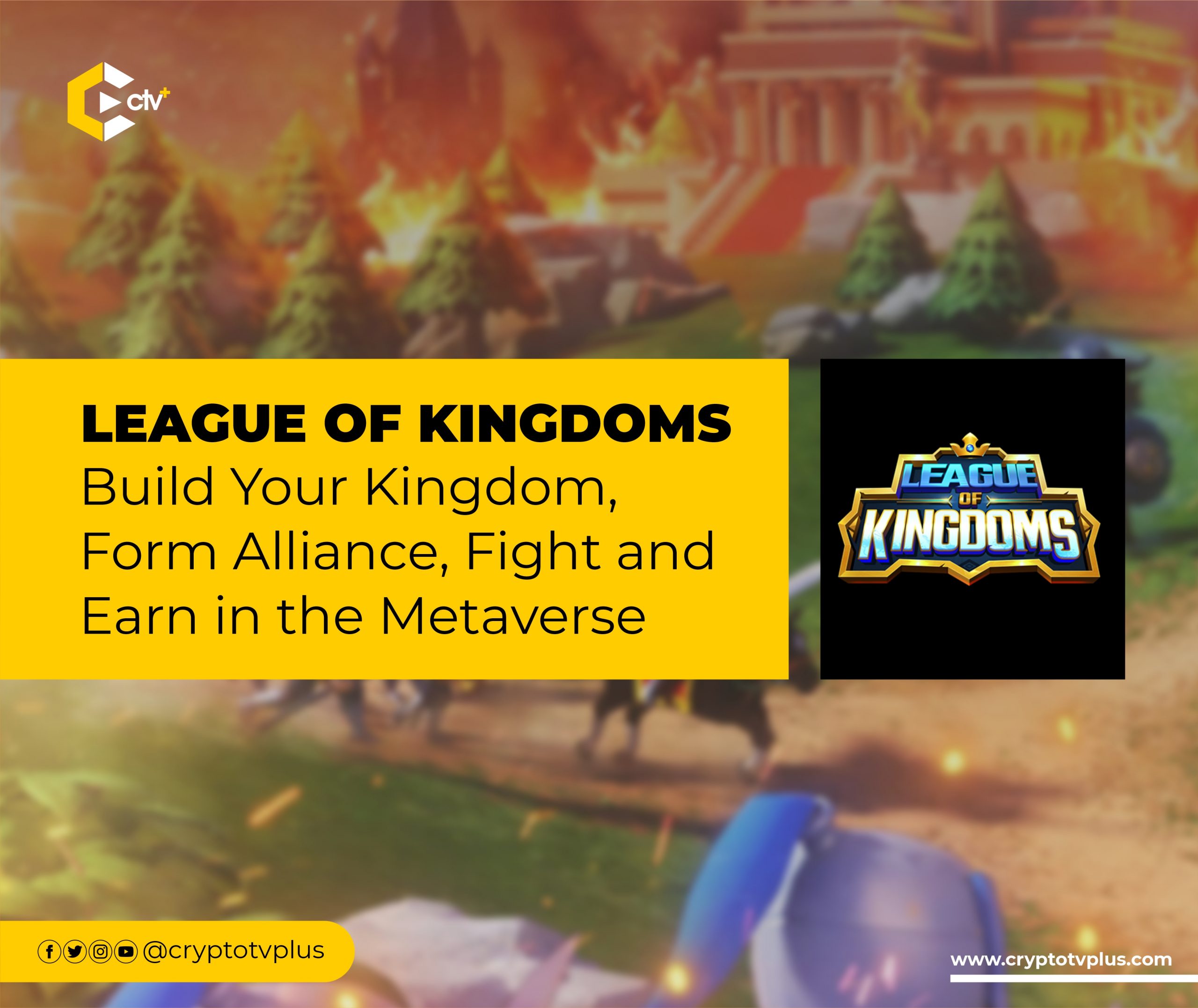 League of Kingdoms represents an evolution of the gaming world from where it used to be. In Web2 or the previous generations of games, World of Warcraft, RuneScape, Ultima Online, Tera, and Blade & Soul are some of the most enticing MMO games that caught (and are still retaining) the attention of gamers. Yet, there are some limitations these games carry even with the awesome experience they render to players.

On these platforms, gamers don’t truly own their data, gamers don’t earn as much as they should earn, and advertising profits have nothing to do with gamers. Most of these games are not interoperable. If you’re on one platform, you are there, and switching to another does not give you access to the previous.

The application of blockchain in the design of games makes all these challenges a thing of the past. So the PlayToEarn model has been introduced with games like Alien World, Axie Infinity, Splinterlands, and DeFi Kingdoms among the most successful. With these games, gamers gain control, create more, earn more and connect with more players on a wider scale.

What is League of Kingdoms?

League of Kingdoms (LOKA) is a P2E MMO game built on the Ethereum blockchain. It allows players to be immersed in the ecosystem, and explore their creativity while earning income with activities and in-game items.

League of Kingdoms aims to develop “a decentralized gaming metaverse as one of the world’s first blockchain MMO strategy games,” says the website. And what makes it interesting is that it is on mobile increasing its reach to many prospects.

How Does League of Kingdoms Work?

In the League of Kingdoms games, players are in charge of their kingdoms and are meant to develop them so that it is not taken away by invaders. These include building and upgrading the kingdom, gathering resources (like wood, stone, corn, gold, and crystals), and engaging in battle.

Here’s a breakdown of the four basic gameplay in the League of Kingdoms metaverse:

In Kingdom building, there are three steps involved. The first is the construction of buildings within the kingdom. Doing this increases the rank and power of the player in the kingdom. Farms, barracks, and queries are some structures that can be developed in the kingdom of a player.

Apart from developing the kingdom, players are meant to make investments in the Academy, Alliance technology, and Mastery functions. Learning takes place in the academy and time is one of the resources needed here so that as a player, you can develop new technologies. On Alliance, the reward is more protection and community resources made available for the player’s kingdom. And of course, gaining more mastery points puts the player ahead of others, making their lords stronger.

Lastly, the training of troops for the kingdom is important. This is done for the three divisions: Infantry, Archery, and Cavalry. Having a balanced troop for battles is very vital to make sure players don’t lose their kingdom to invaders.

Just like in real life, farming and hunting are needed to keep the kingdom going. With these activities, gamers can collect resources employed for the building of their kingdom. Food, wood, gold, crystals, and stone are some of the resources that can be harvested from farms.

For hunting, players get resources from monsters and loot that bring more EXP earnings. These EXP earnings allow players to learn new skills.

There are three modes of battle in the ecosystem: PvE, PvP, and MMO. Every player will get to the battleground after building a kingdom, gathering resources, training troops, and joining alliances.

For each of the battle modes, the challenges and rewards are different. Mastering previous battle modes are important before advancing to the next.

As part of a normal NFT-based game, there is a marketplace where lands as NFTs are minted and traded between players.

Tokenomics of League of Kingdoms

For the allocation of $LOKA token, Private Sale gets 6.2%; 5% goes to Binance Launchpad Sale and Land Reward each; 20% also goes to the Team, and Staking Rewards each; while Games Reward, Advisors, Reserve, and Ecosystem receives 2%, 9.8%, and 19% respectively.

As the native governance and utility token of League of Kingdoms, $LOKA: holders of the $LOKA token can vote in decisions made in the game; holders can also buy and sell in-game materials; players earn rewards by receiving $LOKA token, mint NFTs with it and stake it to earn more rewards. Check for live updates here.

Dragon Soul Token (DST) is another token in the League of Kingdoms ecosystem that is a tradable utility token, and similar to the SLP token of Axie Infinity. With it, new Dragos are bred as NFTs in the game.

Challenges and Road Map of League of Kingdoms

DeFi Kingdom, Poly Monsters, Axie Infinity, SandBox, Decentraland, and more immersive gaming platforms like Illuvium, and PolkaCity are some of the best gaming platforms in the same or similar genre as League of Kingdoms.

Bearing these platforms will need up-to-date innovative development of League of Kingdoms, building a more inclusive community and positioning in the GameFi ecosystem.

The Roadmap, 2021 was dedicated to the development of the foundation of the game. These include tokenomics design, private token sale, smart contract, and preparation for TGE.

2022 is meant to be about developing a PlayToEarn system with public sale of $LOKA token, the introduction of Dragon Soul token; release of NFT marketplace, “Guild war” tournament, and Dragonian arena.

2023 will be about supporting infrastructure with the inclusion of governance agora, E-sports dashboard, GameFi dashboard, and blockchain layer 2. 2024 will highlight decentralization where the League of Kingdoms becomes a full-blown metaverse with social media functionalities, NFT interoperability bridges, and more.

Team and Partners Behind League of Kingdoms

Chan Lee serves as the CEO of League of Kingdoms. He’s a graduate of Science from Pohang University of Science and Technology (POSTECH), a leading technology institute in Korea. Chan has worked for Samsung Electronics as a Product Designer and has been involved in startups like the DAYLI financial group, NEXTMATCH, and NOD Games.

Steve Hwang is the CTO of League of Kingdoms and a true lover of games with more than two decades of experience in game development. He’s worked on projects like FIFA Online, NBA Street online, Go Online, and many others. Alongside Chan, Steve co-founded NOD Games.

As the COO of League of Kingdoms, Han Yoo leads the marketing, operation, and business development initiatives in the game studio. He is known to have played games like Pokemon and Diablo in his childhood. Apart from games, he has been in the blockchain space for a while and has good insight into the supply chain and product management.​

See other team members here and as for partners, you can see that on the website.

League of Kingdoms is a promising game based on the current development done on the platform. It has an audience of over 66k on Twitter and grew from 4,000 daily active users in July 2021 to 120,000 in January 2022. This game is played by people from more than 210 countries around the world and can be accessed via mobile. League of Kingdoms is truly a game to watch out for.

Related Topics:$LOKALeague of Kingdoms
Up Next