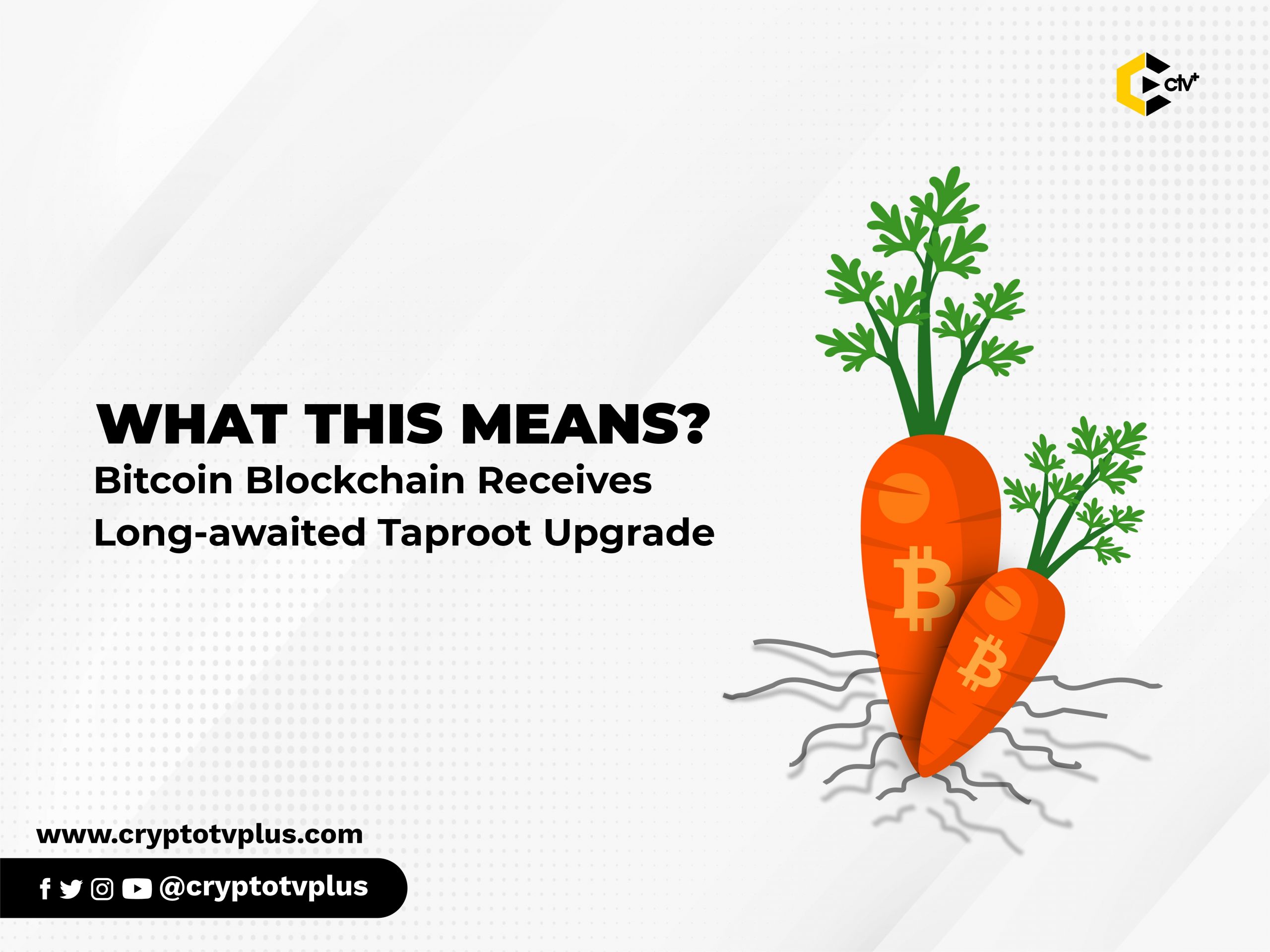 Bitcoin underwent its biggest upgrade in four years a few days ago. This upgrade, termed the Taproot update, has been in the works for some months and was almost integrated in June after the Bitcoin community (comprising developers) decided so.

Interestingly, the upgrade did not take place until this month to give enough room for testing and experimentation.
That the integration of the Taproot upgrade was delayed until November points to its significance. However, there are other reasons this update is significant for the benchmark cryptocurrency.

The Taproot update means greater transaction privacy and efficiency. Most importantly, it means the integration of smart contract functionality into the Bitcoin blockchain- a feature that is almost the exclusive preserve of rival blockchain Ethereum.
Bitcoin’s Taproot upgrade notably differs from its last update in 2017, termed as the ‘last civil war.’

At the time the latter was being bootstrapped into the blockchain, it attracted dissension from some members of the Bitcoin community, including miners who felt the upgrade was likely to affect Bitcoin’s codebase, thereby defeating the purpose of decentralization as proposed by Satoshi Nakamoto.

However, in comparison, the Taproot update received considerable support starting from when it was announced.

How Does Taproot Update Affect the Bitcoin Blockchain?

Each Bitcoin transaction is embedded with a digital signature that is just like an individual’s fingerprints. Before the upgrade, Bitcoin used a mechanism known as ‘Elliptic Curve Digital Signature Algorithm.’

Through this, a signature is created during a transaction, from the private key belonging to a Bitcoin wallet, making the owner of such a wallet the only signatory.

Thus, it becomes impossible for another party to spend the Bitcoin contained in the wallet by altering the ID of a transaction.
Following the Taproot update, another digital signature mechanism known as Schnorr signatures is introduced.

While the parties to a multisig address can be identified on the ECDSA scheme, on Schnorr, a multisig address sending the transaction is combined into a single address that makes it indistinguishable. This is simply known as linearity.

“In practice, that means greater privacy, because your keys won’t have as much exposure on the chain. “You can kind of hide who you are a little bit better, which is good.”

For the first time, the Bitcoin blockchain will attain a smart contract status- a functionality that was pioneered by Ethereum. Smart contracts are self-executing agreements that reside on the blockchain.

Smart contracts have received applications in many sectors, becoming a catalyst behind the growth and rising TVL in decentralized finance (DeFi). Some areas where smart contracts have been deployed include lending, staking, liquidity mining, and insurance.

How will smart contracts on Bitcoin differ given the Taproot update?

The update makes them less costly and of a smaller size. Founder of Bitcoin firm Stillmark Alyse Killeen noted that the improved functionality and efficiency bore great potential for Bitcoin.

As soon as developers can build dApps on the Bitcoin blockchain on account of its latest update, in no time, Bitcoin will be able to contribute immensely to the DeFi frontier just like Ethereum.

How to Bridge Tokens from Ethereum to Polygon with MetaMask