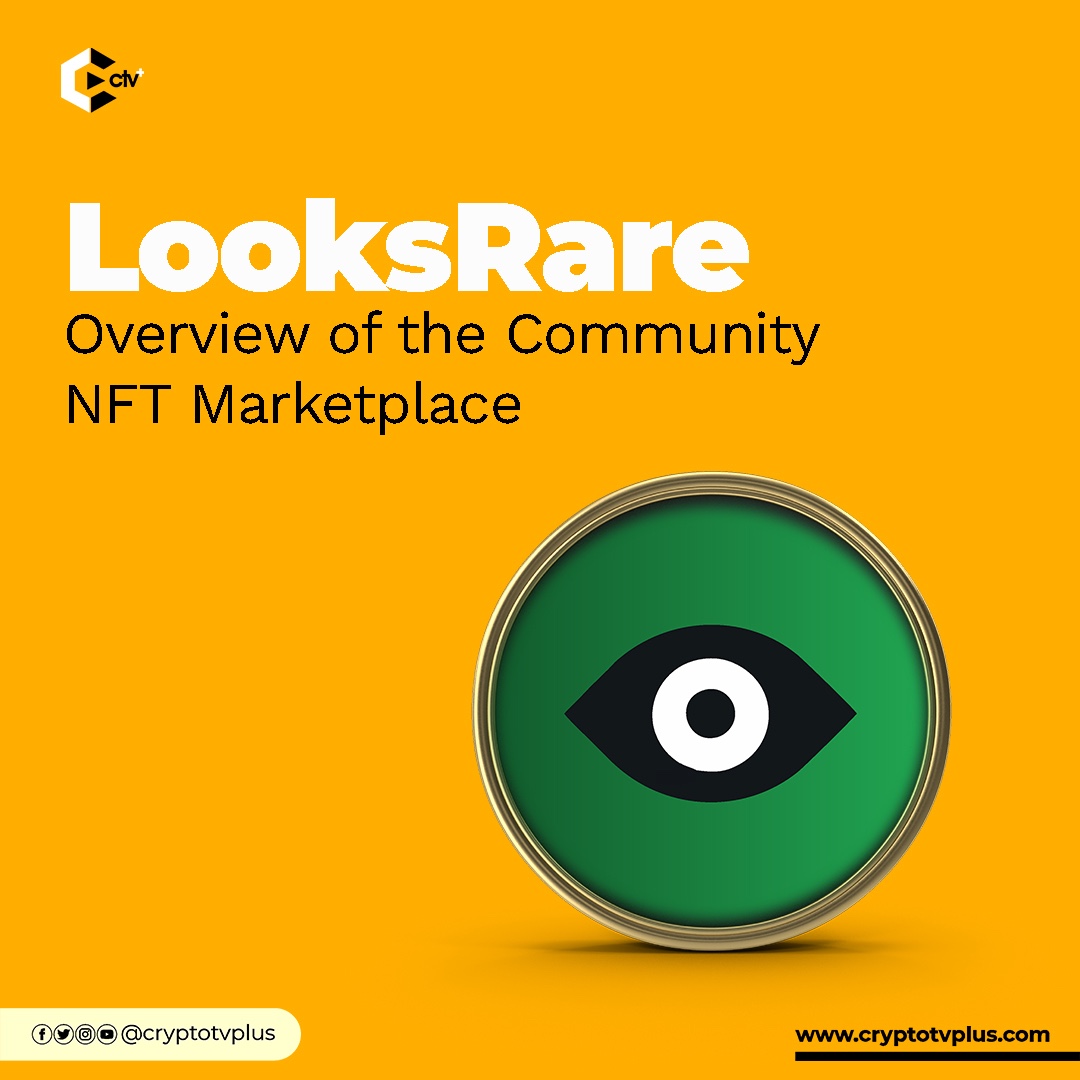 As the whole world boards the NFT train, special NFT marketplaces have been entering the market with lucrative opportunities for users. LooksRare is a relatively new platform in the market, it was launched on the 10th of January, 2022. Co-founded by pseudonymous Zodd and Guts, LooksRare came about by launching a ‘vampire attack’ on the largest and most popular NFT marketplace – OpenSea.

LOOKS coin is the native token of LooksRare NFT marketplace. The total supply is 1 billion and it is used for staking and rewards.

According to the  LooksRare website, they offer three unique rewards systems.

A liquidity provider option may be attractive to users who do not want full exposure to the $LOOKS token, and instead, opt to mitigate possible volatility associated with the token by pairing their exposure to Ethereum (ETH). However, liquidity providers are exposed to the risk of impermanent loss, which is an added risk factor that users will need to consider.

LooksRare incentivizes NFT swaps on their platform by offering rewards to buyers of eligible collections. This reward system enables buyers to earn more $LOOKs periodically (within a 24-hour interval).

Here’s How the CyBall Metaverse is Changing Football | CryptoTvplus

LooksRare is a decentralized and community-first NFT marketplace. This makes it superior to OpenSea in the blockchain community. The jump in trading volume adds to the support.

From staking to trading, LooksRare has a well-planned reward platform to attract users. The staking rewards go beyond 700% APR, rewarding users with wETH(wrapped eth) and $LOOKS tokens simultaneously.

The platform gives away a 100% trading fee as a reward to LOOKS stakers.

Creators receive instant royalty payments when the sale is made, cutting off the delay in settlement.

For NFT enthusiasts, LooksRare is a project worth keeping eyes on. Debuted to be the community- first NFT marketplace, it has a solid rewarding system that benefits everyone from traders to stakers. It works on the principle of blockchain technology and aims to be the leading decentralized marketplace for all NFT needs. The project surpassed over $100 million Ethereum NFT trading volume within 2 days after its launch. This and others point to the fact that this is just a starting point, the best is yet to come!