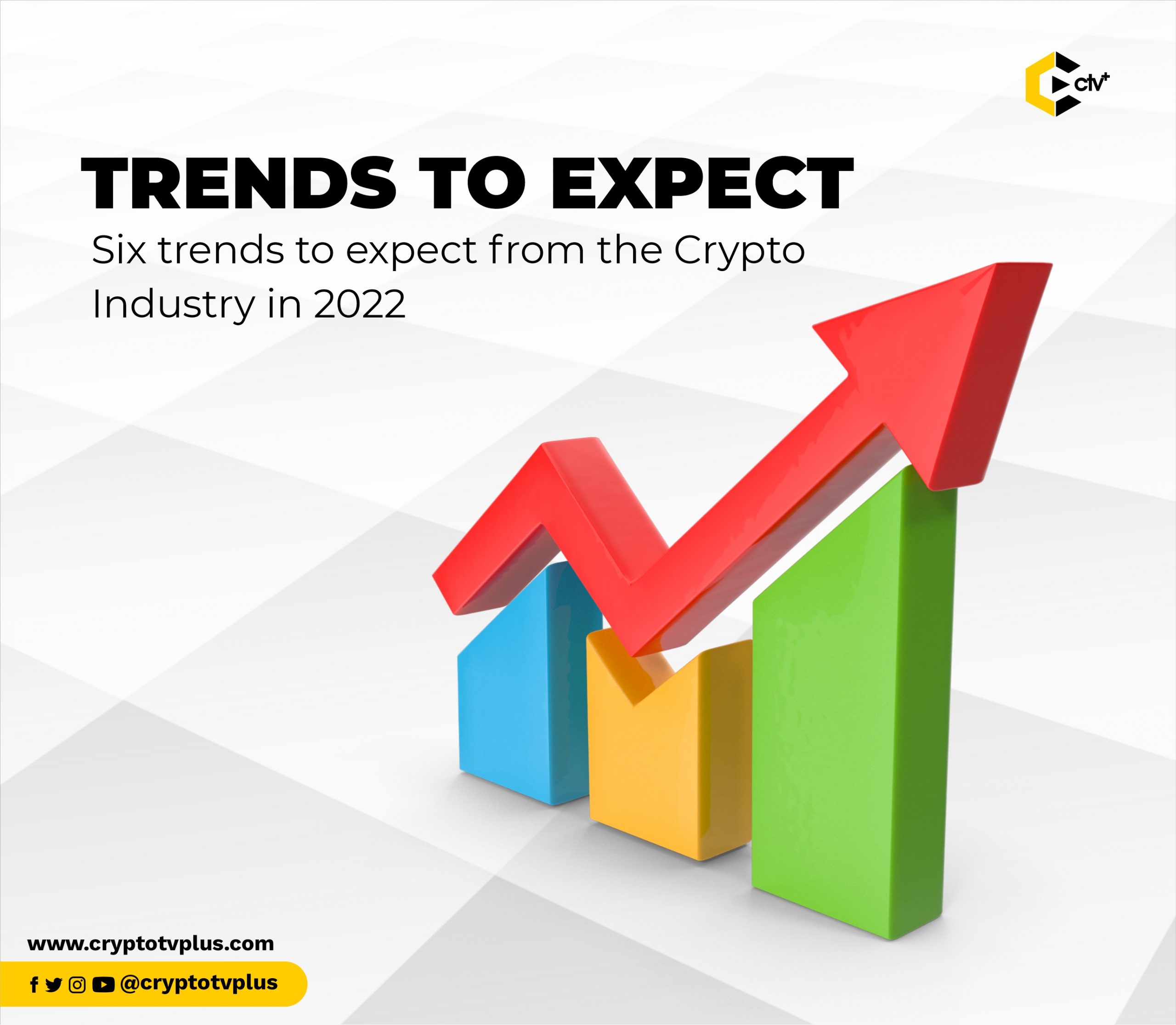 It’ll be hard to observe two consecutive “sunrise to sunsets” from mid-2019 till date without seeing any News on the COVID virus and its variants. From minimal shutdowns to complete global shutdown, the entire world went through some of the most turbulent times in history. While that viral phrase is still in the air, with Omicron being recent, something else has come to take over mainstream media – cryptocurrency – “one of the children” of blockchain technology.

Stats from Google Searches in 2021 shows that bitcoin remains the most searched stock amongst all global stocks with Nigeria, El Salvador, Slovenia, Netherlands, and South Africa being the top five nations with the most search for the word, from 2017 till date. What does this mean? The world is probing towards cryptocurrencies, therefore blockchain.

“Companies see blockchain as a transformational technology,” explains a LinkedIn report. “Blockchain has become a line of business for a who’s who of the corporate world — IBM, Oracle, JPMorgan Chase, Microsoft, Amazon, and American Express, to name just a few.

Blockchain is now being used in industries ranging from shipping to healthcare, from farming and food safety to entertainment and gaming.” With this revolution coming fast on us, 2022 will be another show of the strength and need of blockchain technology in diverse ways. And in this post, you’ll see expected blockchain trends coming up in 2022… perhaps, they can serve as good pointers on how you can position yourself to benefit from the disruption.

On the biggest freelancing platform, UpWork, blockchain skills are rated in the first place in fastest-growing skills of 2020 with an increase of 6000%, says the 2021 Blockchain Employment Report.

Another stats from Korea IT Times reveals that in mid-July of 2021, crypto-based jobs increased by 118% compared with September 2020. Another signal of this increase is seen on Crypto Jobs, Crypto Jobs List, and Cryptocurrency Jobs, which are amongst the top five sites for crypto jobs. The number of available jobs is increasing daily.

Bringing it home, CryptoTvPlus, as a brand, has employed more skilled personnel to take up key roles, and that will most likely continue in 2022. Why? Global awareness of the advantages of blockchain technology is on the rise as well as investment opportunities that the technology is creating. And no one wants to lose out, not IBM, Microsoft, or CryptoTvPlus.

Bitcoin is known as the first generation use case of blockchain technology. Satoshi revealed it with the Bitcoin WhitePaper and the direct currency application on Bitcoin.org in 2009. A few years down the line, the Second Generation showed up – Ethereum. Ethereum created more use cases of blockchain technology beyond cryptocurrency – DeFi, DAOs, NFTs, GameFi… However, there are still several challenges with the second-generation platform. The expectation is that more third and fourth-generation platforms will emerge in 2022 to tackle the inefficiencies of the second-generation.

Developers are working hard to shift from the Proof-of-Work model to the Proof-of-Stake model, introduce sharding, replace EVM (Ethereum Virtual Machine) with eWASM (Ethereum WebAssembly) to bring in more usability as the third and fourth generations of blockchain technology are introduced. And sure, we’ll see this more in 2022. This will help to create easier and faster products for quick blockchain adoption by businesses and individuals.

From China to the US to Nigeria, signs, and steps are being taken to create and enact crypto laws and policies. At the end of 2022, more countries will have produced and signed crypto bills into law to protect their economies.

Interplay between cryptocurrencies, CBDCs, and StableCoins.

Thanks to Eswar S. Prasad, a senior professor and the author of The Future Of Money: How The Digital Revolution Is Transforming Currencies And Finance who has predicted that “the era of cash is drawing to an end…” and further postulated the replacement of cash with cryptocurrencies, stablecoins, and CBDCs. The major differences between the three currencies are related to the issuer, the asset backing it, and the technology on which it is built.

And then CBDCs (digitized fiat currencies) represent a kind of financial instrument used by most governments as an entry into the digitalization of currencies. Cryptocurrencies will flourish as well as stablecoins. None of them can replace cash due to their peculiar weaknesses; rather, the combination of the three and maybe other forms of money will create a more inclusive financial market in 2022.

Fusion of Blockchain and Metaverse.

Facebook changed the parent name to Meta on the 28th October 2021 and since then, the familiarity with the word Metaverse and projects developed around it has risen to an all-time high. The Metaverse is a promise of a world of vast connectivity and more interpersonal connection with people and experiences from anywhere around the world.

Then the blockchain technology is already showing the new world of decentralization, forming a potential foundation for the scalability and reality of the Metaverse dream.

Today, a lot of crypto-based games and projects like Decentraland and Sandbox are bringing the two experiences together using cryptocurrencies as means of exchange of value.

Blockchain Lead at Vodafone, David Palma while discussing at the just concluded European blockchain Convention shared his views explaining that the Metaverse is not just a virtual world for gaming and social activities. It’s been used in the financial systems for CBDCs, DeFi, NFT projects.

In yet another report by Goldman Sach, titled Framing The Future Of Web 3.0, released in December 2021, the premise of the findings is on the role blockchain is playing and will play in the development of the Metaverse. Next year will bring in more of these joint experiences.

If there’ll be (and there is already) an increase in demand for blockchain skills, that will spike demand for blockchain education as well. In 2014, David Yermack, a business and law professor at Stern School of Business, New York University, had 35 students sign up for his course on blockchain. Some of his colleagues initially deterred him from having conversations let alone creating courses around bitcoin and blockchain.

“There was some gentle ribbing from my colleagues when I began giving talks on Bitcoin,” Mr. Yermack said. “But within a few months, I was being invited to Basel to talk with central bankers, and the joking from my colleagues stopped after that.” That same course was moved to a bigger hall in 2018 to accommodate the over 200 students, from various backgrounds, that were interested in blockchain.

A lot of web 2.0 developers are switching to the web 3.0 space. There’s a lot to learn, unlearn and build. Thanks to MOOCs platforms like Udemy, Coursera, and edX that’s making these courses more available at affordable prices in collaboration with blockchain professionals.

More investment opportunities mean more job opportunities which will be followed by massive upskilling to meet up the global demand for blockchain talents. If you want to know how to be part of the blockchain industry, check this post.

Other predictions that we’ll also see in 2022 will include:

Indeed, we are built to innovate and evolve as humans. The future belongs to those who create it and do not wait for it. If these will be the trends for 2022, how will you prepare to make good use of them?

Related Topics:2022
Up Next