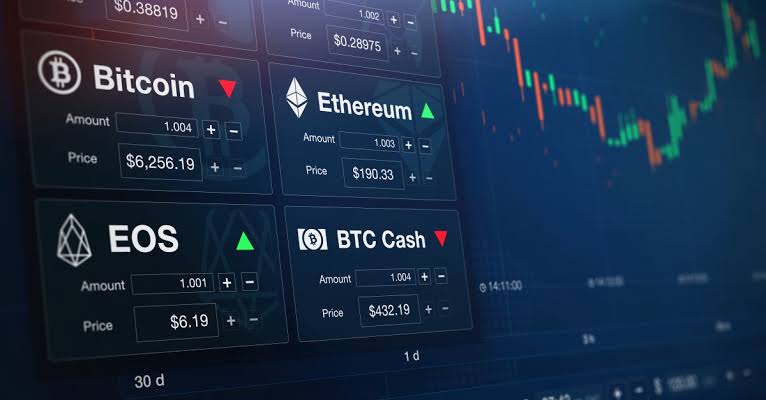 How To Build A Career In The Blockchain And Cryptocurrency Industry

Career according to the Merriam Webster dictionary is a field or pursuit of consecutive progressive achievement especially in public, professional or business life. In this context, a career is a constant pursuit of achievement in the blockchain and cryptocurrency industry.

Like in every other field of endeavour, one can build a whole career around this industry. In fact, previously acquired knowledge, skills, experiences can be incorporated into building a career around the blockchain/ cryptocurrency industry. However, in order to excel, one must have at least basic knowledge about blockchain technology and cryptocurrencies. This extra knowledge about the industry places a distinction between the regular person with a skill and someone who uses his skill to operate in the blockchain and cryptocurrency ecosystem.

However, becoming a blockchain writer does not happen overnight. It involves and investment in time and resources in the chosen field of career.In as much as being consistent remains a vital trait when it comes to building a career, there are smart ways to also achieve this when it comes to blockchain and cryptocurrency. Contained in this post are smart ways through which you can adapt existing skills towards building a career in the blockchain and cryptocurrency industry

What Skill(s) Do You Have Already?

Learn About Blockchain Technology And Cryptocurrency

Upon learning any skill, it is important for any individual who wants to build a career around blockchain and cryptocurrency to have a fundamental knowledge about the technology. But this is not possible if one has no knowledge about it at all. Other individuals with other skills can build a career by learning about blockchain/cryptocurrencies. For instance, a video content creator or a podcaster can create engaging videos/ recordings explaining complex blockchain terminologies in simple terms for companies in the space, get paid and start a career journey from there.

The role of networking in building a career in the blockchain and cryptocurrency industry cannot be overemphasized. There’s a saying that “no one is an island of knowledge”. That statement is very valid with regards to becoming a top player in the industry. Networking is one of the smart hacks in climbing the ladder quickly to become a top participant with your skill. Learning about blockchain and cryptocurrencies and getting a relevant skill in the industry is not enough. Networking with key participants with similar skills or those who might need your service is important and there are ways to network.

The CEO of Kaizen Academy, Joseph Don has a popular saying; “No one knows a silent expert”. This statement implies that you might be the best skilled individual in your field but you might not be reckoned with if nobody knows you. It also supports the popular saying; “the best-known product wins and not the best product”. The first way to position yourself to get people to know you is by creating relevant contents around what you do or what you are capable of doing on your various social media platforms. While doing this, it is important to be positioned in an environment that is relevant to your industry. You sure can’t post blockchain contents on a religious platform.

There are various communities for various skills. As a blockchain writer, follow and keep a close eye on expert blockchain writers and tag them on your write-ups. By doing that, you’re making meaningful networks as well as pitching your skill to prospects. Another way to network is by community engagements. There are blockchain and crypto communities that educate and serve as platforms for opportunities. Communities are very instrumental to growth of career both for a newbie and an expert. A newbie can get opportunities like ambassadorial partnerships to work for blockchain and crypto brands. An expert can get job opportunities to work for blockchain companies and lots more in a community. One can as well get information first hand from communities.

As said earlier, career involves being progressive. At the expert level, it is important for individuals to keep on expanding their community (audience) and push it to the frontiers of the world. This will make such individual a force to reckon with in the blockchain industry not just at local level and the sky will be just the beginning.

Top 7 Most Blockchain-Friendly Countries of the World

[…] More investment opportunities mean more job opportunities which will be followed by massive upskilling to meet up the global demand for blockchain talents. If you want to know how to be part of the blockchain industry, check this post. […]