Countries where Binance have received licence in 2022
Advertisement 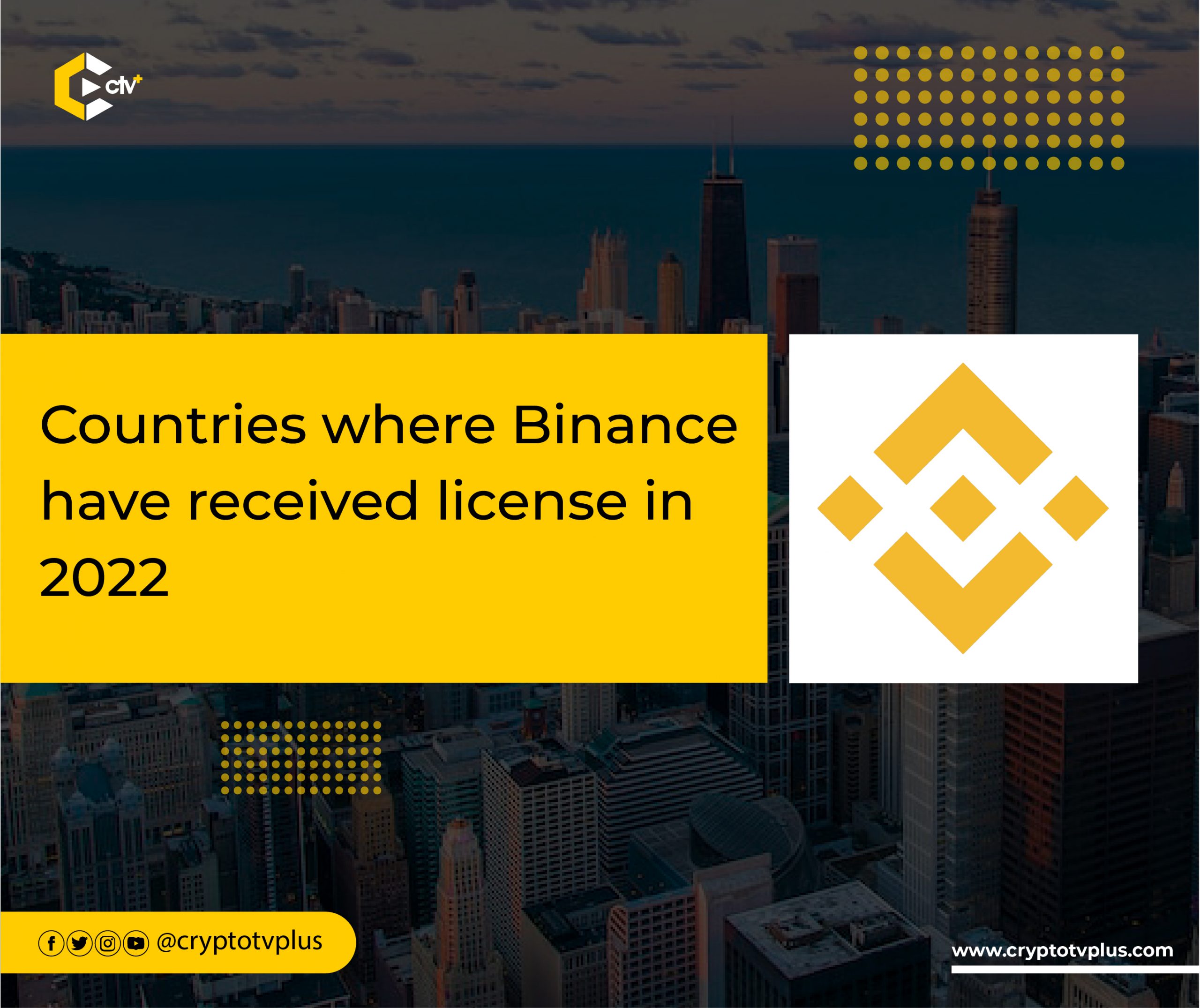 List of countries where Binance has gotten operational approval in 2022

Binance has been expanding to other parts of the world, like the Middle East and Europe in recent times. Despite the bear market situation in 2022, governments of several countries have granted the largest crypto exchange by volume, license to operate in their countries.

Here’s a list of the countries that granted Binance licence in 2022:

The French government granted Binance its first 2022 licence. The Binance team announced that on May 5, 2022, Binance France was “granted a Digital Asset Service Provider (DASP) registration by the Autorité des marchés financiers (AMF) with the approval of the Autorité de Contrôle Prudentiel et de Résolution (ACPR).”

It was the first time the crypto company got a license to operate in a European country. The AMF and the ACPR  are organizations in France that regulate the French financial markets and monitor “banks and insurance companies” respectively. The permission made Binance France a legal entity in the nation, the Binance Team added.

The CEO of Binance France, David Princay, shared that the registration was going to open Europe to the crypto market as “adoption will help bring better liquidity to the market.”

After France opened its doors to Binance, Bahrain was the next stop. As a result, Binance Bahrain on May 24, 2022 “received a Category 4 license as a crypto-asset service provider (CASP) from the Central Bank of Bahrain (CBB),” the company announced on its website.

The license was given by the Central Bank of Bahrain, which “manages monetary and financial stability in the Kingdom of Bahrain and succeeds the Bahrain Monetary Agency (BMA),” the announcement read. And this Category 4 licence is the first to be given to a crypto firm in Bahrain.

Richard Teng, Head of MENA at Binance, said that the upgrade of the licence issued to Binance “is a landmark achievement for Binance” and a commitment to being “a compliance-first exchange.”

Binance Italy was granted regulatory approval by the Italian government to operate in the country. The approval, which was given on May 27, 2022, made Binance Italy “a Cryptocurrency Service Provider with the ‘Organismo Agenti e Mediatori’ (OAM).

The licence approved by the Italian legislators created access to crypto services and products for Italians as Binance was mandated to “operate in compliance with local regulations regarding cryptocurrencies,” the report stated.

CZ, the CEO, thanked the Italian authorities for “their efforts in defining and controlling the requirements to operate in Italy in full transparency.” Users are our primary concern, and the steps taken in Italy, such as the implementation of the register, guarantee that users will be safe, he added.

Spain became the third European country to allow Binance to operate legally in the nation. The Binance Spanish subsidiary, Moon Tech Spain, S.L., was granted “registration as a Virtual Asset Services Provider (VASP)” on July 7, 2022, by the Bank of Spain, Binance announced. The process started on January 28, 2022, when the application was made.

The announcement stated that Spanish citizens can now access “crypto asset exchange and custody services in Spain” per the anti-money laundering and counter-terrorist financing (AML/CTF) rules set out by the Central Bank.

Quim Giralt, Director of Binance Spain, explained that the permission expands the Binance team and operations to Spain as they will hire local talents to serve Spanish users.

Binance officially launched Binance New Zealand after being granted a license as a Financial Service Provider on September 10, 2022. The Binance New Zealand, with registration number, FSP number FSP1003864 will provide several services such as spot trading, NFTs, staking, and more.

While it seem as though New Zealand is not attracting so much tech attention, the presence of Binance will provide New Zealanders access to favorable trading fees and “exciting global product and service innovations happening in this space,” Ben Rose, General Manager of Binance New Zealand, said.

Dubai became the next location in the Middle East, where Binance was granted licence to operate after Bahrain. On September 20, 2022, Dubai’s Virtual Asset Regulatory Authority (VARA) issued the Minimal Viable Product (MVP) license to Binance, the Binance team wrote on a blog. This came after accepting a provisional license in March 2022.

The announcement stated that among the services Binance will offer in partnership with banks in Dubai are:

His Excellency Helal Saeed Almarri, Chairman of VARA, shared that the licence given to Binance is in line with Dubai’s commitment towards value creation, and risk management in developing “a next-gen secure ecosystem” for the future economy.

On October 6, 2022, Binance announced the receipt of a licence of operation in Kazakhstan. The AIFC Financial Services Authority (AFSA) in Kazakhstan permits Binance “to operate a digital asset platform and provide custodial services at the Astana International Financial Center,” the Binance team said.

The announcement reads that the licence makes it possible for individuals and entities to access exchange and conversion services and make deposits, withdrawals, and trade in fiat-crypto transactions. All activities will be carried out in line with rules set out by the authorities, the announcement reads.

What is Optimism and how does it work?

What is decentralized Science (DeSci)?