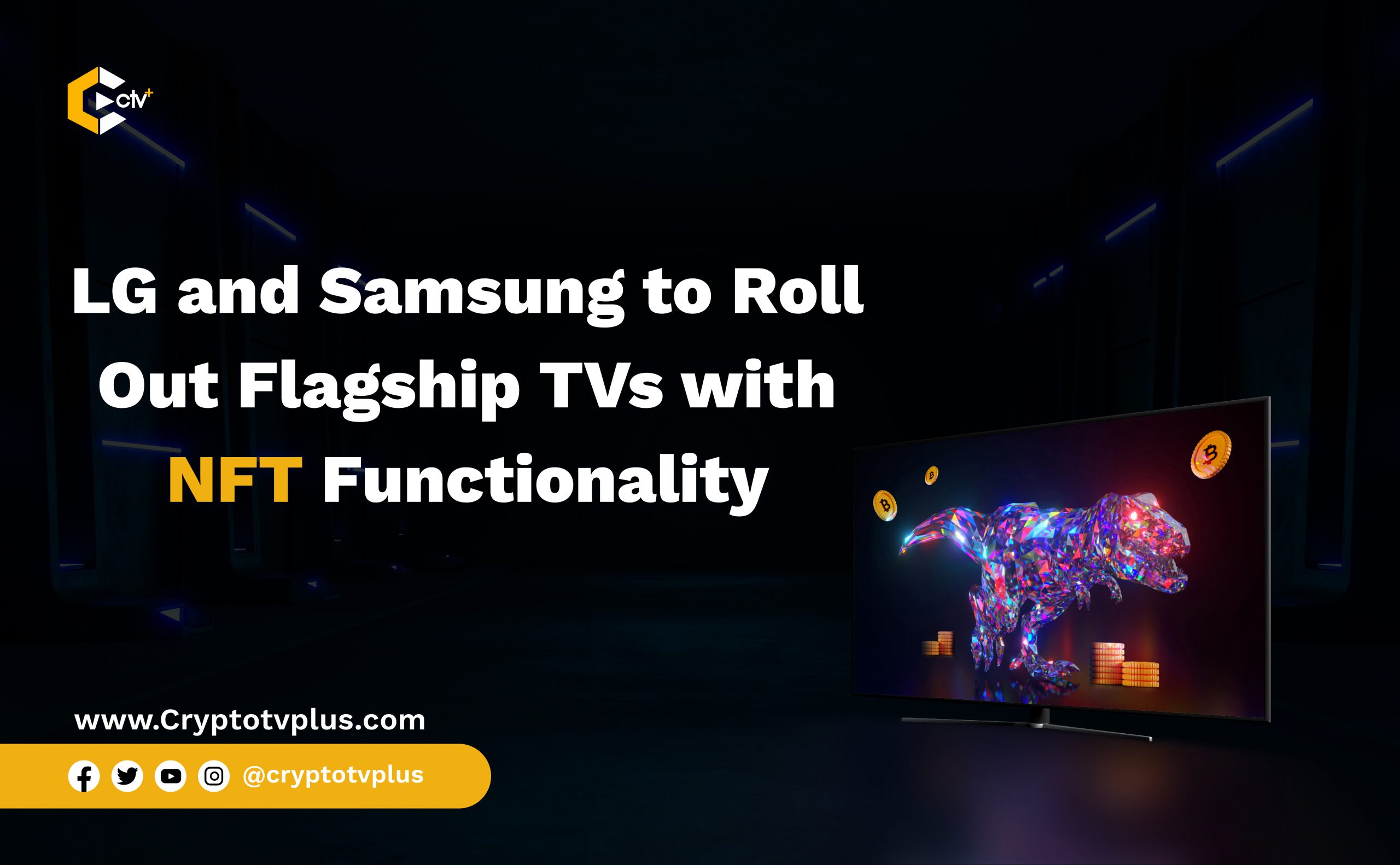 Leading TV manufacturers LG Electronics and Samsung are the latest mainstream brands to join the NFT ecosystem. Following official announcements, both brands have revealed plans to add NFT features to their products. Samsung, a global electronics brand based in South Korea was the first to inform the public about its plans. Meanwhile, LG— one of Samsung’s major competitors, stated its intention in a press release the following day.

Samsung shared details on its plans at the 2022 Consumer Electronics Show in Las Vegas. During the event, Samsung also unveiled its new line of Smart TVs, which it revealed is a groundbreaking innovation in the history of television technology.

“In 2022, Samsung is introducing the world’s first TV screen-based NFT explorer and display your favorite art — all in one place.”

The tech company revealed that it is capitalising on the rising demand for NFTs and the need to link them and collectors. Those who purchase digital artworks and other NFTs on Samsung’s featured marketplace can view the history and metadata of the NFTs.

Luxury NFTs are Becoming Quite Popular a Collector

LG is toeing the same path as Samsung. Park Hyung-se, head of the company’s home entertainment division, suggested at a press conference held that plans are underway to integrate NFT features. These features will be integrated into its TV line. Park also noted that LG’s latest light-emitting diode TVs have been designed to display artworks.

However, the latest move by the two brands has been criticised by some users. 25-year-old cryptocurrency investor Chung Seung-mo stated that he does not see why anyone would want to buy an NFT on a TV.

Last year, many mainstream brands joined the NFT bandwagon. The NFT ecosystem has witnessed a meteoric growth, engineered by several use cases that are emerging. Currently, the NFT industry is valued at over $7 trillion.

[…] LG & Samsung to Roll Out Flagship TVs with NFT Functionality […]