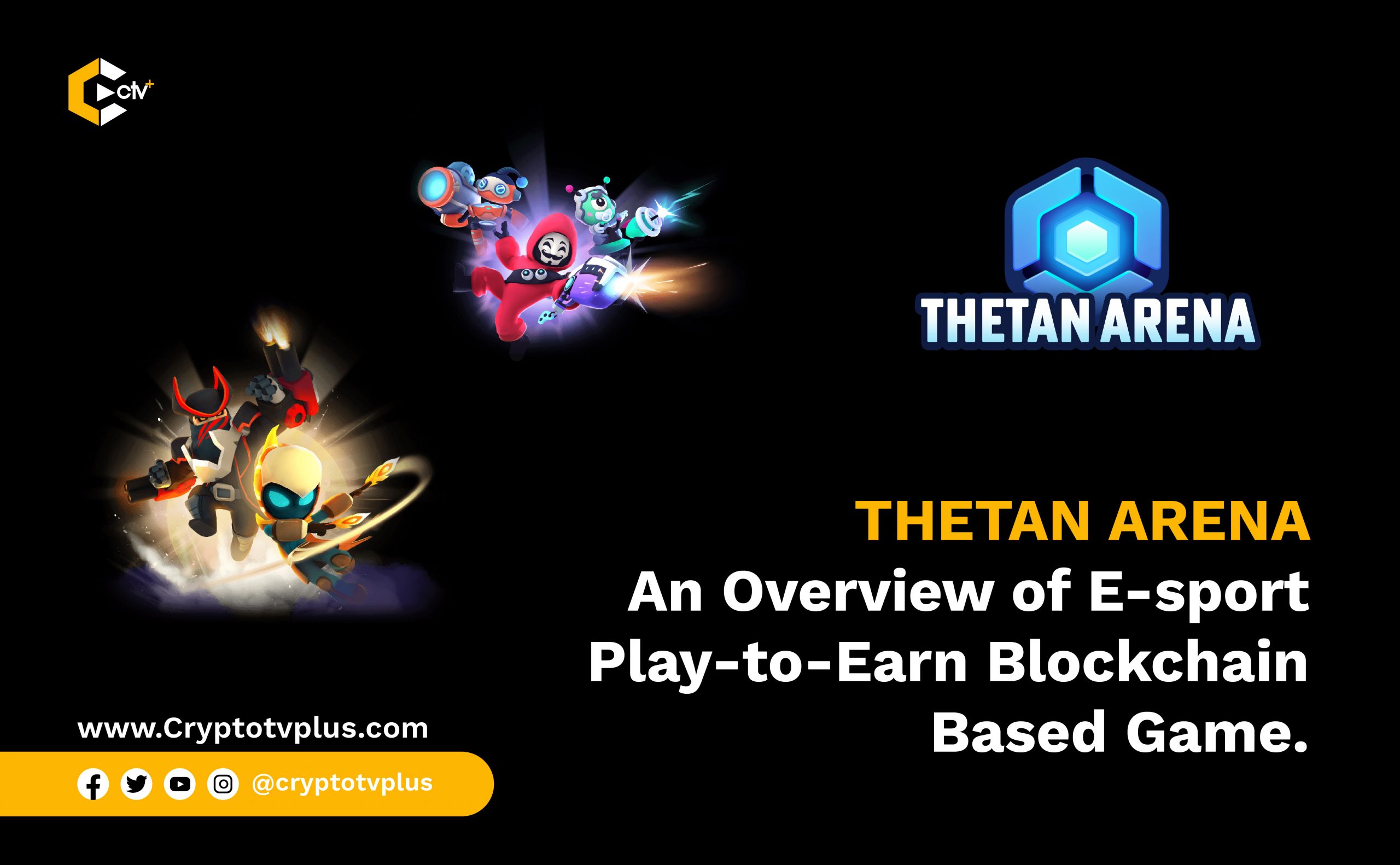 Playing games has always been a way of having fun and relieving stress and hassles. It is more fun when you do it with friends,you get to compete and win.With games,you can discover your  hidden abilities that real life is limited or impossible to do. Games help  our imagination, quick thinking and handling in action games, interaction and teamwork in online games.

‌Thetan Arena is here to give you more than just playing for fun, it is created for you to have  fun and earn rewards from competing with your loved ones.

Thetan Arena is an E-sport game based on Blockchain technology. You can gather your friends, form a team, battle with others and earn token rewards with just your skills.

Thetan Arena’s gameplay has been designed to revolve around combining your personal skills and teamwork. So you better come up with good playing  tactics as well because the most fierce war awaits you right from the moment that starship drops you off on the battlefield and the moment you pause,be rest assured you lose.

Thetan Arena was published and developed by  Wolffun Games, a game studio that specializes in online PvP games for mobile platforms.

Wolffun started off as a casual game developer with 4 members in 2014. It published its first mid-core action genre “Tank Raid Online” in 2017.

The emergence of blockchain technology helps the development of the game to a new level. With outstanding features of blockchain such as decentralization, security, transparency, freedom.

Blockchain can help traditional games do things that were not possible before. ‌with the emergence of Blockchain,it decided to bring the already very successful game Heroes Strike, with nearly 10M downloads to the blockchain for the above reasons.

Today, Heroes Strike will be wearing a very new coat, allowing it to fly high and very high in the future. It’s Thetan Arena.‌

Five years ago, when Wolffun Games decided to pursue E-sport games, it  believe that is the future, and also firmly believe that 50 years from now, Thetan Arena is still the best E-sport game on the blockchain and is a place where gamers, and digital asset owners, streamers connect to create a world of fun.

Thetan Arena’s aims  to create a platform that will connect crypto owners with gamers and also the streamers in other to create a sustainable ecosystem that makes gaming, sharing, and in-game peer-to-peer exchange famous worldwide.

To implement the above components, three things need to be put in place;

When players join Thetan Arena for the first time, they will be given a free hero named Raidon at Level 1.

Free heroes will not be sold on the marketplace. Heroes in other uniqueness can be unlocked from Thetan Box.

Heroes in Thetan Arena are categorized into 3 other groups according to their signature skills and statistics, including Tank, Assassin, and Marksman.

Thetan Arena comes with different  types and numbers of Heroes. Each of them has a unique special ability called Fury.

Each hero is unique according to their roles on the battlefield, So choosing a suitable hero for each situation helps players increase the win rate in the Arena of Thetan.

There are three types of heros

Thetan Arena’s gameplay is designed to revolve around the combination of your personal skills and teamwork. The various game modes include;

With the free hero:

In Thetan Arena, you can Play to Earn in diverse ways

Players do not need to invest any money to play in the game, the only thing they need to commit is time and effort.

When a player starts the game, the system will give the player a normal character called Raidon. Players use this character to participate in completely free battles.

When the player wins the match, they can claim Thetan Coin and Thetan Gem.

Thetan Coin ($THC) is the main currency used in Thetan Arena’s operations. Which can be used to buy Thetan Box and also be used for reward to streamers by playing the game .

Thetan wants to  become the first Blockchain-based MOBA games which are truly owned and governed by the community.

Thetan Arena builds the essential resources for development in the next ten years and gives access to  the community to develop their custom modes, maps, cosmetics and monetize them. This opens up limitless possibilities but must be approached carefully so the community will not jeopardize the plan.