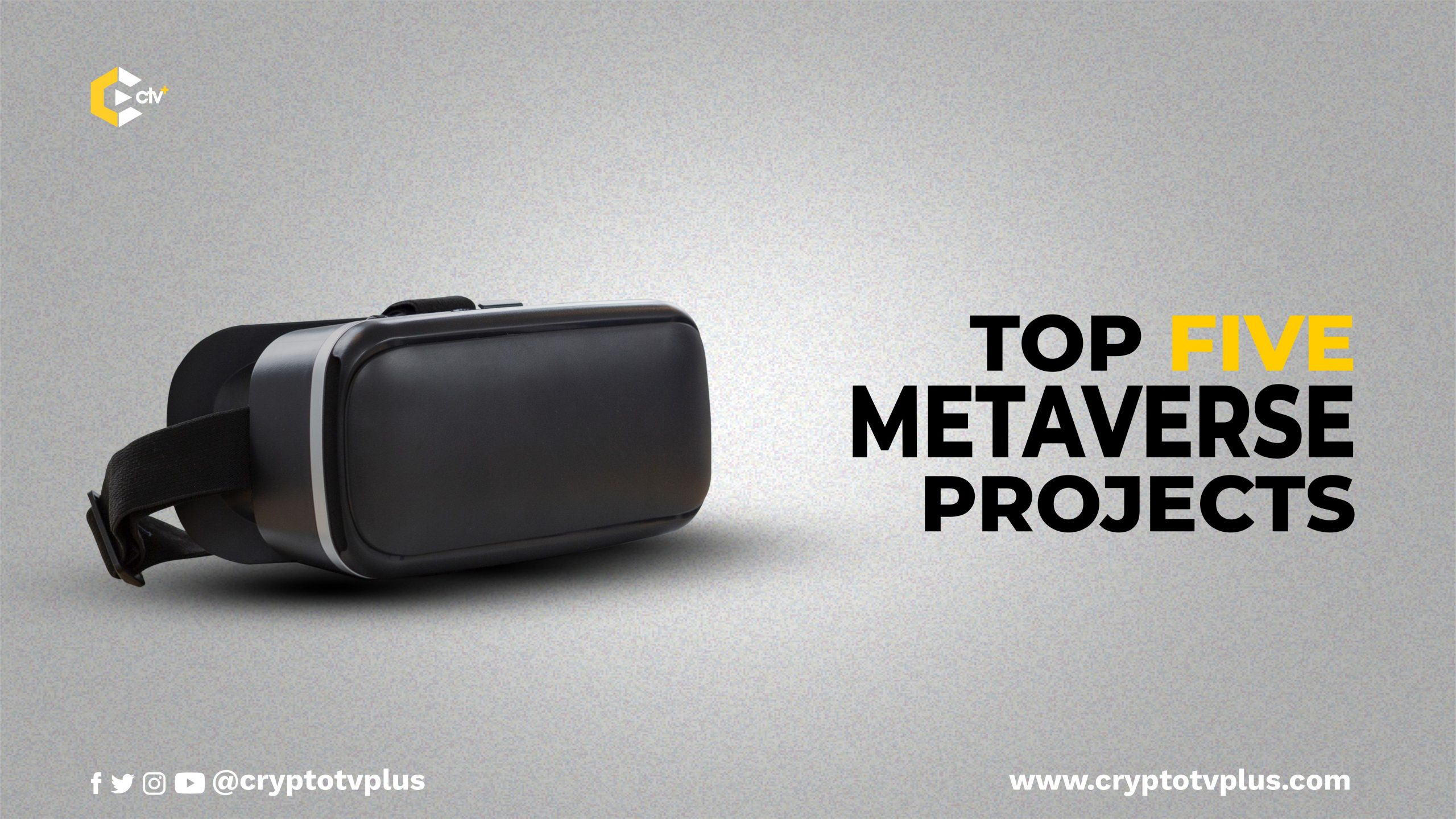 ‘Metaverse’ is now a buzzword within the blockchain and crypto ecosystem.

Combining two separate terms- ‘meta’ (meaning beyond) and ‘verse’ (an abridged version of ‘universe’), Metaverse proposes a world ruled by virtual and augmented reality to enable digital interaction between humans.

More recently, the Metaverse momentum surged, prompted by the announcement of a rebranding move by social media giant Facebook, now known as Meta.

In the past few months, several blockchain projects have emerged, riding on the hype behind Metaverse, with some aimed at creating digital worlds pivoted by a token economy.

Older Metaverse projects like Decentraland and The Sandbox, both built on the Ethereum blockchain have witnessed an uptick in their users’ activity and trading volume as many users continue to adopt them for collecting digital items such as real estate and NFTs, which they either trade for profits or use in participating in play-to-earn games (P2E).

The latest Metaverse projects emerging on different chains within the blockchain ecosystem mostly revolve around gaming utilities, powered by native and governance tokens.

Play-to-earn games remain one of the activities driving traffic to most chains, especially Ethereum as gamers around the world make a significant shift from playing games merely for fun to earning while playing.

In light of this, let’s have a look at the top five latest Metaverse projects that have courted the attention of gamers and non-gamers (who are only attracted by their native tokens).

Metaverse Miners focuses on a ‘Dual Circulation’ economic model because it fields a GameFi and NFT gaming platform designed with a space-like setting and features many items.

NFTs have become a core part of GameFi platforms, enabling gaming enthusiasts to collect valuable items for trading within the platforms they were built for and on secondary marketplaces.

Metaverse Miners is built on Binance Smart Chain (BSC), a blockchain known for its cost-friendly infrastructure.

The $Meta token is the ecosystem’s native token, allowing activities such as staking, liquidity mining and most importantly, governance among users.

Planet NFT is a highly valuable and rare asset, and consists of Miner NFTs generated within a specific cycle. Users holding Planet NFT are entitled to revenue from the sale of Miner NFTs and mining operations within the ecosystem.

Miner NFTs are used to ‘mine’ $META through staking, an indication that Metaverse Miner is DeFi-friendly. 70% of $Meta tokens will be released through staking of Miner NFTs.

The NFTs are also tradable. $META has a total supply of 21 million, imitating the overall supply of Bitcoin.

According to DappRadar, over 70,000 users have been active on Metaverse Miner in the last 30 days.

The TVL on Metaverse Miner stands at $8.88 million- the dollar equivalent of 8.61 BNB. Metaverse Miner is currently the highest-ranking among the latest Metaverse platforms across all chains.

Built on the WAX blockchain, Blockchain RPG proposes a Metaverse for digital items in the distant lands of Aurum.

Users can hunt monsters, collect resources, craft better tools and compete against other players. Blockchain RPG is relatively a new GameFi platform as it is still in the beta phase.

Notwithstanding, users can participate in the game to earn tokens and NFTs which will be sent to their WAX wallet after the beta phase ends.

Blockchain RPG allows users to earn GOLD and rare NFTs while playing. They can trade these items and other in-game items.

According to its website, Blockchain RPG is a free-to-play game, meaning players do not need to purchase in-game items to participate, unlike most blockchain games.

There is no available information on any native or utility token that will power the game’s ecosystem.

Blockchain RPG boasts of over 400 active users who have performed more than 17,000 transactions valued at $3,550, all within the last 30 days.

Galactic123 is another GameFi platform built on the WAX blockchain.
It is an online web browser and sci-fi role-playing game that allows users (both crypto and non-crypto enthusiasts) to explore and enjoy the immersive experience of space, planets, etc. Players can collect treasures, kill monsters for which they earn rewards.

Galactic123 has also been designed as a marketing tool that enables users to market things like websites after earning enough ad points.

Users can also earn rewards in cryptocurrency for performing certain actions. Although the game is free-to-play, certain items like NFTs have to be purchased with WAX to improve users’ gaming experience.

These NFTs can be bought on the dedicated marketplace (atomichub.io).

Galactic123 allows users to own planets in the form of WAX NFTs, which they have to purchase with tokens (either the Galaxyte (XYTE) tokens or CAIT tokens).

Other tokens within the ecosystem, which users can also earn as rewards include ECX and VRT, both of which are TRC10-based tokens.

Transactions on the platform have amounted to over 19,000. As of press time, the volume traded and TVL on Galactic123 has not been accounted for.

Maticverse is a multichain (Binance Smart Chain and Polygon) gaming and NFT Metaverse that has witnessed significant adoption since launching a few months ago.

The Metaverse features a player vs environment battle card game with a wide range of characters that players can choose from.

These characters known as Baby Vengers have a variety of traits and rarities and are minted from NFT crystals.

$MATIC rewards are distributed every 60 minutes for holding $Maticverse the multiverse native’s token, which is already trading on popular BSC DEX Pancakeswap and Quickswap, a Polygon-based DEX.

As part of its roadmap, Maticverse plans to introduce a PlayervsPlayer combat mode where players can battle against themselves with their preferred characters.

A mobile version (both Android and iOS) featuring this game mode will be rolled out soon.

Maticverse will also introduce a free-roaming RPG game where users will be able to roam through the Baby Vengers Multiverse completing immersive and mind-blowing quests.

PixelPets adopts a similar game structure with the famed Ethereum-based game Axie Infinity. PixelPets is an NFT game for pet trading and battling.

Players can choose from 60 different pet types to participate in the game. Each pet has a specific rarity type (common, rare, epic or legendary), which determines its strength level amongst other qualities like battle skills.

Users collect and hatch eggs, which they nurture into battle-ready pets.

The game platform is built on the NEAR blockchain and ranks 7th among other NEAR-based GameFi platforms.

PixelPets allows users to trade their pets on a dedicated marketplace. Each week, players also get to participate in tournaments that last for a few days. The best players are given rewards from a prize pool.

In the past 30 days, PixelPets has witnessed activities from only 949 users, with over 100,000 transactions.

What do you think of the future of the Metaverse? Share your comments below.

Are DAOs the future of Organization and Management?