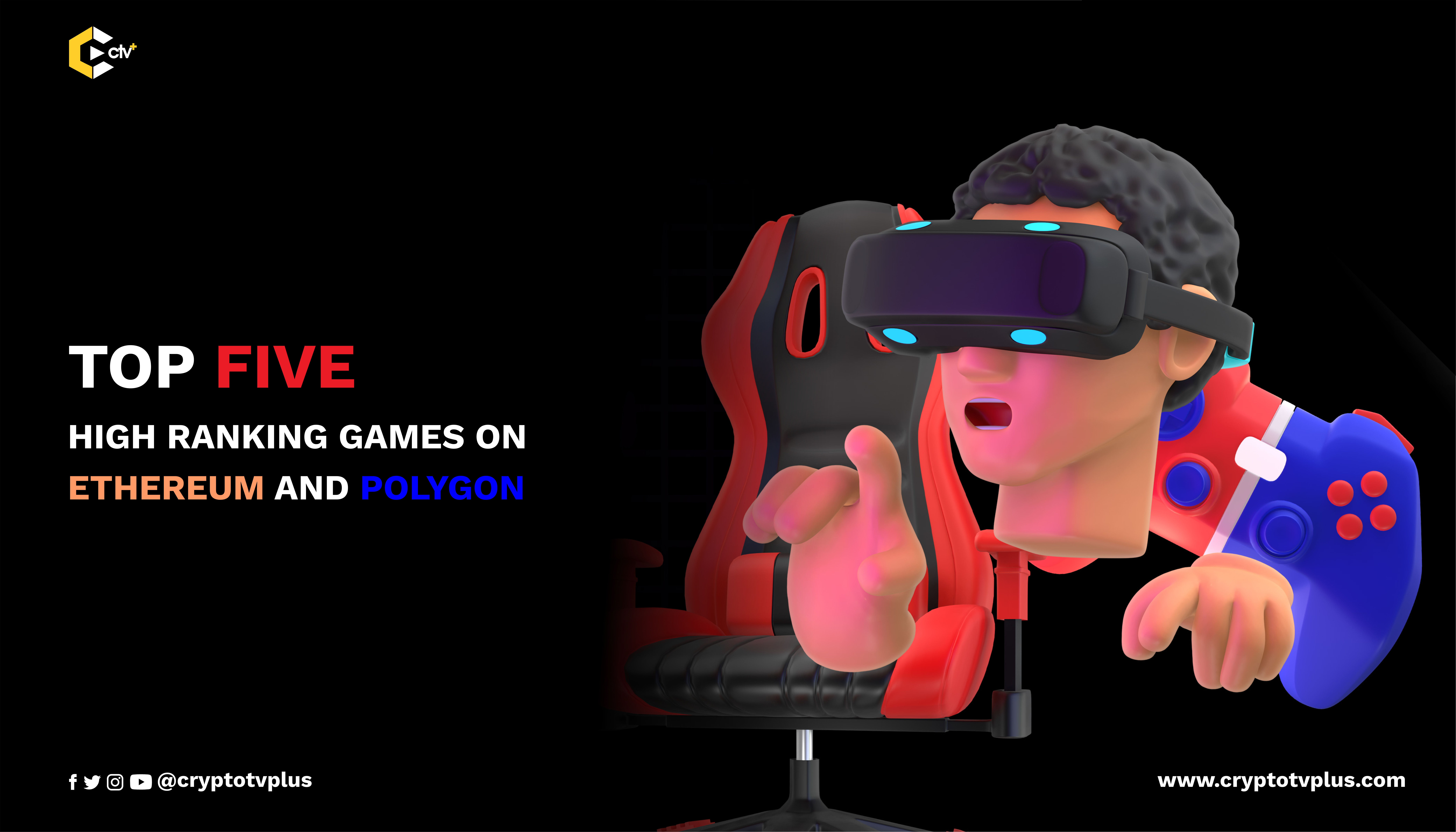 Blockchain is rewriting the traditional finance system and has not left games and gaming behind.

Our leisure engagement has taken a new turn as blockchain brings to this space a mixture of game and finance; GameFi.

There are innovative GameFi projects designed to bring its users pleasure and spice it up with earnings while they play. Categorically these games are said to be play-to-earn games.

GameFi tokens are also making waves in the general cryptocurrency market, and this has a lot to say in the adoption of blockchain games.

With this innovative system of gaming in blockchain, some projects seem to have a pile of users and higher market capitalization than others.

GameFi projects are built across different blockchains, among the notable ones are Etheruem and Polygon.

There are as well many projects built on these blockchain; Etheruem and Polygon, some of the projects are yet to go mainstream while others are already booming in the GameFi cryptocurrency market.

According to DappRaddar, the top five GameFi projects on the Ethereum network with the highest active users on a 24- hour analysis are:

A Blockchain game that allows you to journey across numerous and different landscapes on your quest to hunt and capture creatures like deities called illuvials.

Illuvium is an open-world RPG adventure game built on the Ethereum Blockchain. Players of the game earn $ILV while they play and can earn NFT collectibles as well.

Illuvium has 416 active users over the last 24 hours.

The Sandbox is a gaming platform, decentralized and made by players, it has 168 active users over the last 24 hours.

Creators in The Sandbox can design, play, and trade the game worlds.

The decentralized feature allows full ownership without central control, users earn cryptocurrencies as they play or participate in The Sandbox.

On The Sandbox, you have the freedom to monetize your creativity taking it to the next level in the blockchain.

Mirandus is no different from other GameFi projects but serves uniquely in crafting a Blockchain platform where users can own their content.

Mirandus is a Blockchain-powered fantasy world and has 59 active users and 443 transactions over the last 24 hours.

Is a multiplayer RPG built on the Ethereum Blockchain and the Polygon Blockchain as well. Over the last 24 hours My Crypto Heroes active users is about 44 users and 43 transactions.

Players in this platform use their NFT for the games and rank up as the game rules specify. There are three kinds of NFT on MCH; Hero, Extension and Land.

The platform has 43 active users and 87 transactions in the last 24 hours, users play and earn NFT and can be eligible to get a $DATA utility token.

On DappRaddar GameFi ranks, these are the 5 top ranked games on Polygon over the last 24 hours:

This is a gaming platform that brings the blockchain experience to gamers. Enjoy the goodness of blockchain games where eSports meets cryptocurrency.

Arc8 by GAMEE puts success in the hands of its players, where they play to earn $GMEE tokens and have 23.49k active users and 91.05k transactions in last 24 hours.

This is the first and the original game title for the gaming platform; REVV motorsport. REVV Racing gaming platform makes use of NFTs to give its users a play-to-earn experience on the blockchain.

They are playable NFTs with digital value. Aavegotchi is an innovative blockchain gaming space that introduces and makes available lots of value like, game mechanics; DAO governed, DeFi staking, dynamic rarity, and farming, an open metaverse with good interoperability and smart contract.

The Aavegotchi has 2.15k active users and 8.01k transactions over the last 24 hours and can be used in other GameFi projects like the CryptoKitties, Cryptovoxels, and Axie Infinity. $GHST is the  Aavegotchi token.

Where gamers don’t just get the gaming experience but in 3D. They provide a 3D NFT blockchain gaming platform with fun and immersive combat games. The Idle Mystic token is $IMT. They have had 1.26k active users and 5.04k transactions over the last 24 hours.

In about 24 hours, they have had 1.01k active users and 2.45k transactions. It is a play-to-earn blockchain gaming space, where players earn $IOI, the token reward can be used to buy NFTs, stake in the QORPO wallet, or trade. Interestingly, on the TradeRace Manger gaming platform each car and racer is an NFT.

China’s CBDC e-CNY has racked up 62 billion yuan ($9.7B) in Transactions