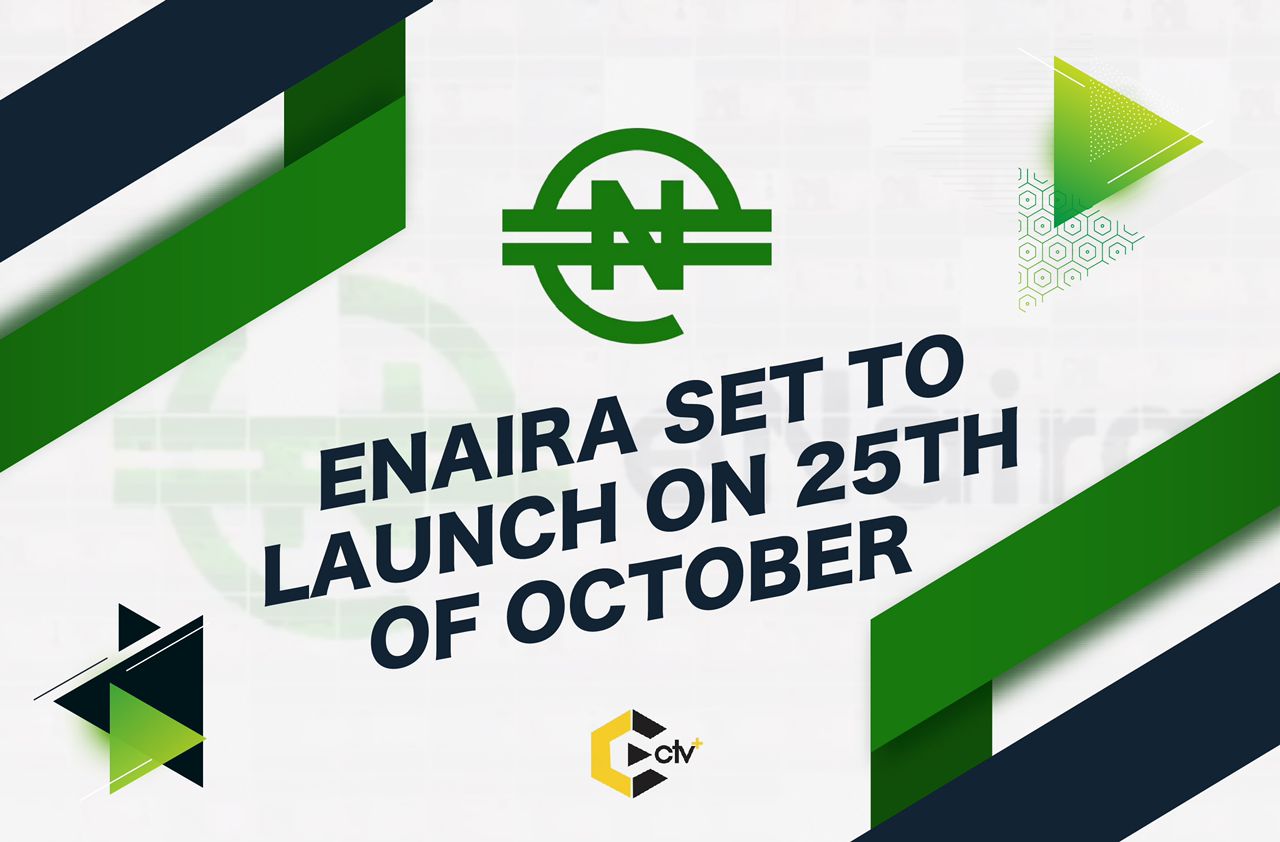 The much anticipated digital currency (eNaira) proposed by the Central Bank of Nigeria (CBN) is set to launch on Monday, the 25th of October, 2021.
The digital currency according to the Central Bank of Nigeria will help to transform the financial landscape of the nation. And usher the economy into a new era of financial prosperity and economic development.
In a press release dated 23rd October, by the Central Bank of Nigeria, titled “President Buhari to Unveil eNaira on Monday, 25 October, 2021”, the CBN said the launch of the eNaira is a ‘culmination of several years of research work’ done by it in ‘advancing the boundaries of payments systems in order to make financial transactions easier and seamless for every strata of the society.’
According to the CBN, the eNaira is a major step forward in its evolution of money. And it is committed to ensuring that the eNaira like the physical Naira is accessible by everyone.
The CBN had a few months ago announced the eNaira will be available before the year ends and was to be released with the digital wallet Speed.

The CBN said the wallet was imperative to facilitate the launch of the eNaira. CBN also revealed it aims to bank the unbanked using the Speed.

The project which was supposed to launch on the nation’s Independence Day but was postponed. This was due to activities surrounding the Oct. 1st independence day celebration had been met with some resistance such as trademark violation of an existing Nigerian company and the public’s request to disclose its dealings and how it choose its technical partner, Bitt Inc for the project.
Despite these, the CBN has moved forward to launch the eNaira which it considers a Critical National Infrastructure.

The CBN believes the eNaira will transform the economy of Nigeria but does not expect full adoption immediately, though merchants are to accept the eNaira just as the physical Naira.
With the aim of banking the unbanked in the country, enabling financial inclusion and creating financial prosperity, President Buhari will formally launch the eNaira on Monday, the 25th of October, 2021.

Future Plans for the eNaira

The CBN has revealed it has made arrangements to quickly address issues that may arise from the eNaira pilot program.
The ‘eNaira is a journey’ according to the CBN and that it will continue to work with relevant partners to improve the eNaira and ensure a seamless process that will benefit every eNaira user especially the unbanked population and rural dwellers.

The CBN’s technical partner has also revealed it will setup operations in Nigeria under the company name Bitt Nigeria.

The administrative duties of the eNaira will be handled by the CBN while technical aspects of the project will be done by Bitt Inc.