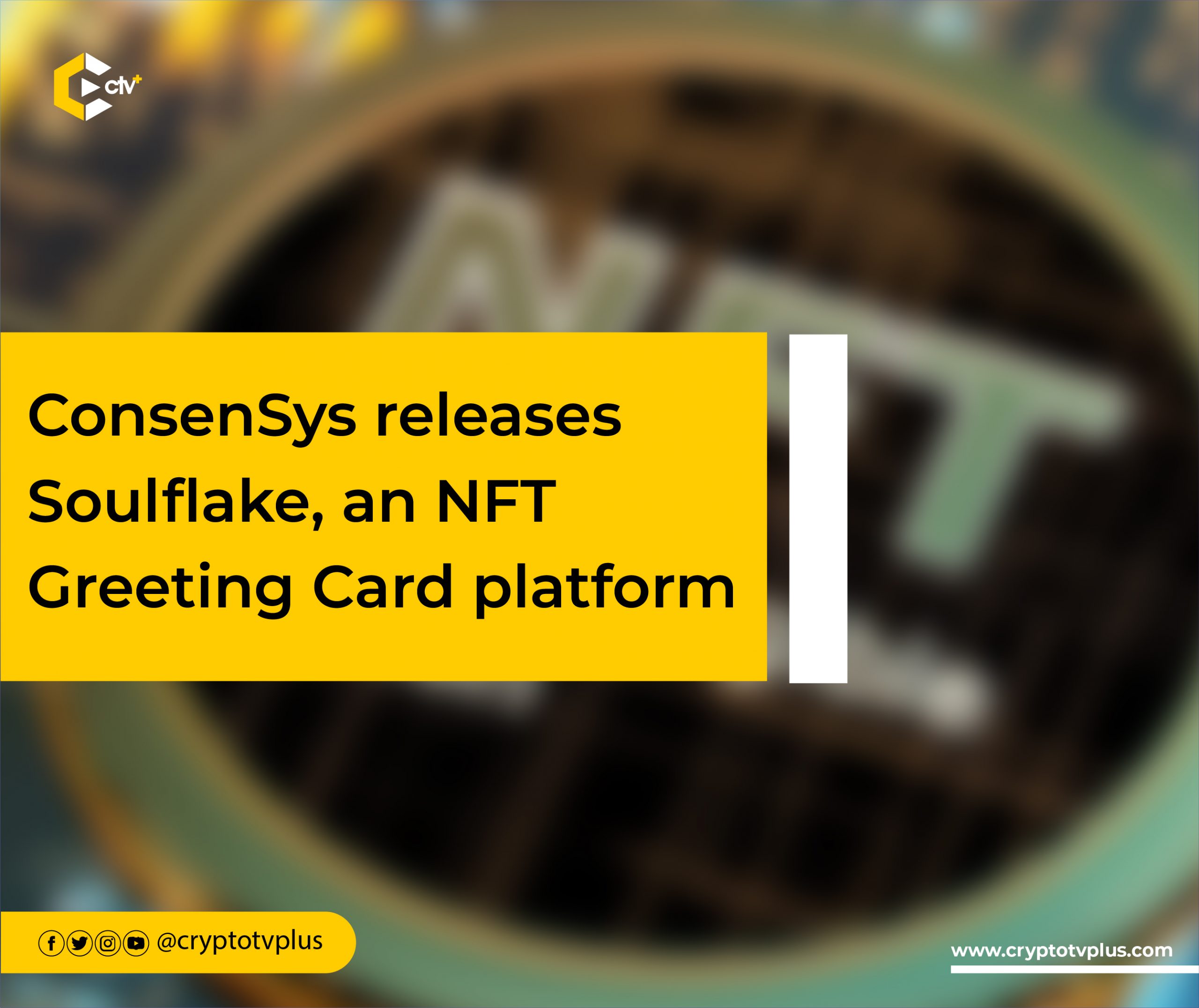 ConsenSys has announced the launch of an NFT greeting card platform, Soulflake. ConsenSys said the dapp would allow users to create, send and receive Soulbound NFT greeting cards on-chain. ConsenSys is a New York-based blockchain software company founded by Joseph Lubin in 2014. It is built on the Ethereum network.

Soulflake is a Web3 social application deployed on the Polygon network, and users can connect their MetaMask wallet to it in order to create, send, and receive tokenized greeting cards. Users can also send and receive $Matic tokens from the platform, which is an experiment from the ConsenSys Innovation Lab.

Soulbound tokens (SBTs) are non-fungible tokens (NFTs) that cannot be transferred or traded between two users. Once created or minted, it is forever attached to the wallet it’s connected to. Vitalik Buterin initiated the Soulbound NFT idea earlier this year and companies like Binance have developed systems to allow their users to mint such NFTs.

Describing how the Soulflake and other social connection ideas were created in the ConsenSys ecosystem, the team explained that they discovered the privacy challenge experienced by Web3 users prompted them to create alternative social connection toolkits.

These toolkits include social protocols and applications like Lens, Lenster, Farcaster and Orb; decentralized messaging and notification protocols like Waku,  XMTP, Push, and more;

Access control and token-gating protocols such as Lit Protocol and Lock Protocol.

Others are NFTs for proof of ownership, like Starbucks’ new Odyssey Rewards NFTs and membership badges of Coinvise; Soulbound NFTs for engagement in the Kudos community.

According to ConsenSys, a final decision to implement Soulflake was made after testing all the ideas mentioned above. “We believe that as the web3 ecosystem continues to grow and evolve, SBTs could play a key role in fostering trust, collaboration, and community,” ConsenSys said.