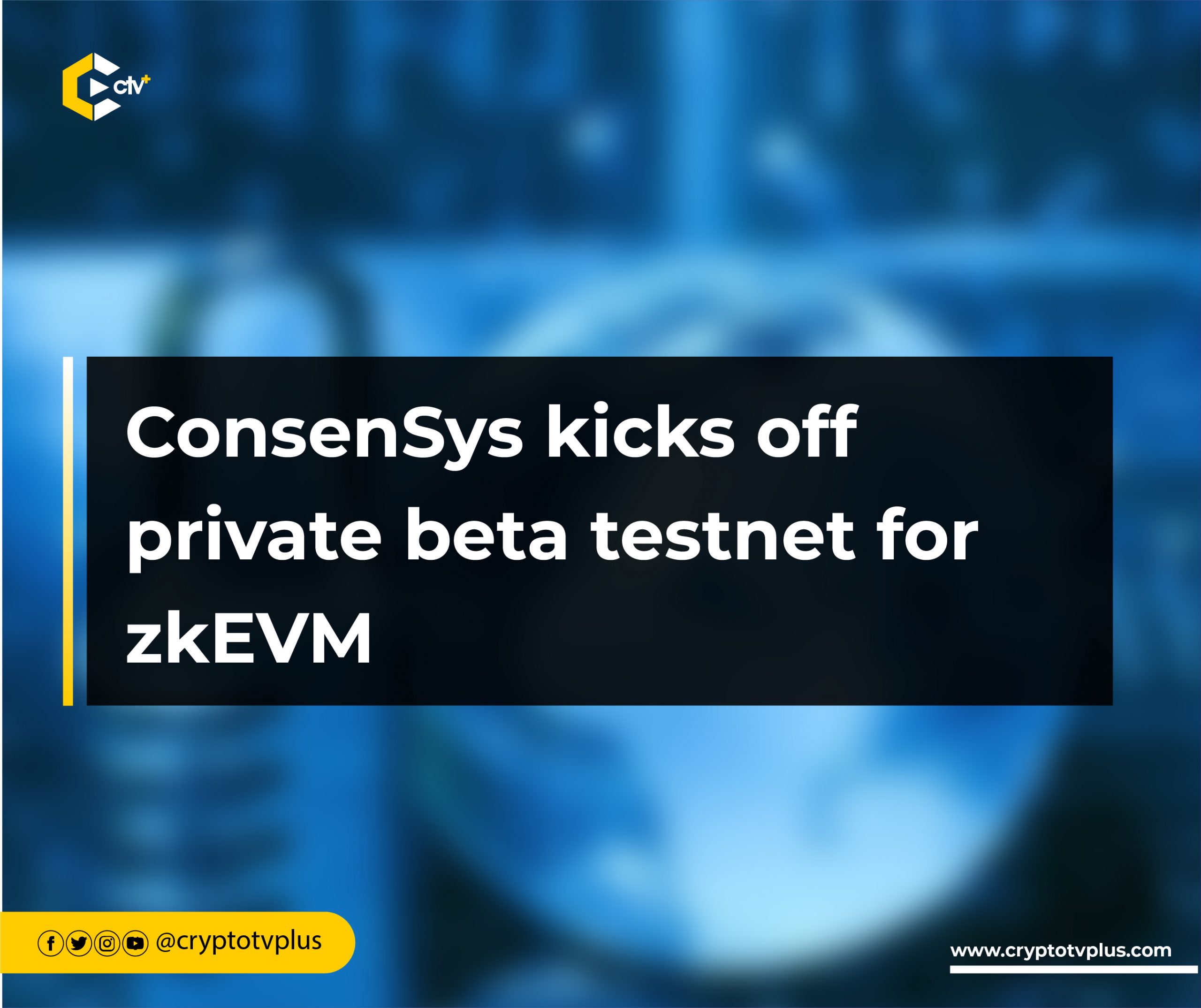 Ethereum developer ConsenSys has launched the private testnet for its zero-knowledge Ethereum Virtual Knowledge (zkEVM) network. In a Dec. 13th blog post, ConsenSys announced that developers could deploy and manage decentralized applications using tools such as Metamask, Truffle and Infura as if they were using the EVM directly.

In addition, a bridging feature that allows users to bridge assets between the Goerli testnet and the zkEVM to test their smart contracts and dApps has been added.

“Testnet participants can also bridge tokens, transfer tokens, and interact with deployed dApps listed on our upcoming ecosystem portal page. We intend to learn whether the developer experience of the zkEVM has the potential to accelerate innovation in Web3 and will be evaluating feedback from the community to inform our next step.”

ConsenSys zkEVM has been in the works for several years. The Ethereum developer has deployed efforts to push an EVM computation for zero-knowledge proofs instead of creating zk-Rollups on networks separate from the EVM.  Zero-knowledge technology verifies transactions on a separate layer and sends computation back to Ethereum without transferring the entire data. By simply providing proof that everything was correctly computed on layer 2 and putting a succinct proof back to the blockchain, Ethereum developers estimate that rollup solutions such as Optimism can increase scalability by upward of 100x.

The private beta testnet has received over 150,000 signups from developers. However, user onboarding is expected to begin in January next year.