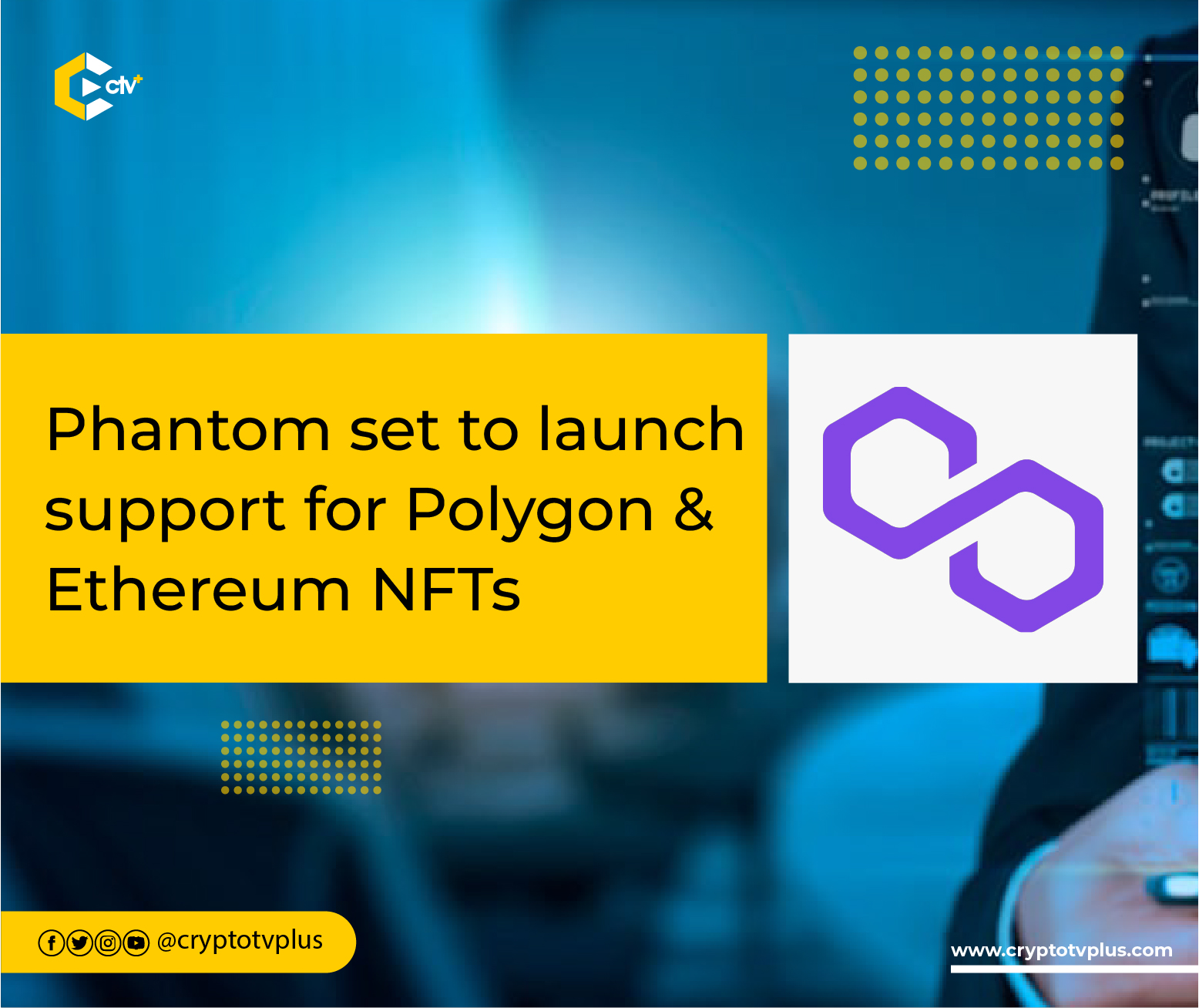 Leading Solana wallet, Phantom, is launching support for Polygon & Ethereum-based NFTs. The wallet service revealed the move in a Nov 29 Twitter post. According to Phantom, the multichain support will bring the Web3 ecosystem together, offering a first-class wallet experience for users.

Phantom revealed that the wallet was initially designed to support the Ethereum network. Thus, they have devoted efforts toward making this a reality, providing a “wallet that makes Web3 more cohesive for both users and developers.” For the Polygon support, Phantom is closely partnering with the Polygon team. Recently, Polygon has entered strategic partnerships with big Web2 brands such as Starbucks, Meta, and Reddit.

Highlighting the importance of self-custody, Phantom noted how difficult it is for users to manage different wallets on different chains. As such, a multichain feature is a way to go. With the feature, users can manage assets across the three chains in a single wallet without switching between them.

“By creating a safe and easy-to-use multichain wallet, we aim to bring these amazing ecosystems together into a single, delightful product experience that makes web3 accessible for everyone.”

Phantom also intends to add a new feature to protect users from losing their assets. The wallet will feature advanced transaction previews with real-time warnings and human-readable transaction context, including a 24/7 support feature to help users with whatever they need. In addition, existing features will enable users to manage listings, burn spam, get push notifications, and showcase and view their NFTs in their browser wallet extension, all on the two new chains.

Furthermore, in view of the planned support for Ethereum and Polygon networks, Phantom will roll out invites for the public beta in the next few weeks, while the public launch will follow thereafter. Existing users have been asked to join the waitlist for the public beta.