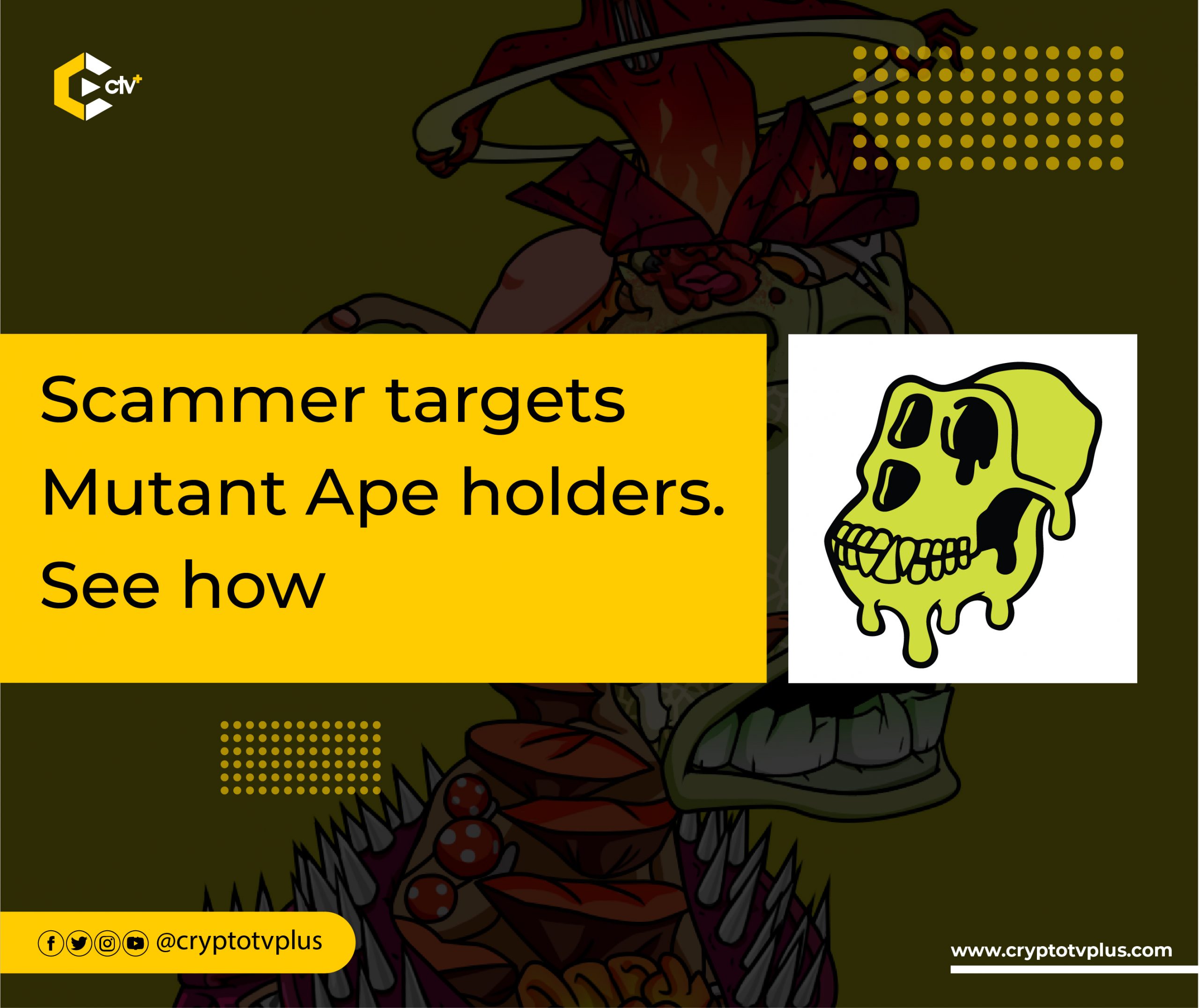 A scammer using a Mutant Ape Yacht Club  NFT profile picture has been attempting to steal from the NFT community. Several members of the community on Twitter came forward to call out the scammer who had approached them via DM.

The scammer has a hexagon Twitter profile picture of a Mutant Bored Ape, no doubt to add legitimacy to his NFT scams. What’s more, the account is being followed by some high-value BAYC and MAYC holders, suggesting to others that it’s a real person.

From the replies to the initial tweet, it is easy to notice the scammer has been active for some time, as screenshots show the scammer has since last week been sending messages to several other MAYC holders, offering to sell their MAYC.

Another BAYC holder  @RroottHK_nft also tweeted exposing the activities of the same scammer in her DMs, to which she called out his attempts at using a ‘fake link trick’

Scammer with #MAYC as a verified #NFT: @claritaaa27

To have a hexagon Twitter profile picture, one must truly own the NFT being displayed. The MAYC scammer uses the profile pic to legitimize the sale. Victims would see the hexagon and be more trusting of the account.

Earlier this year, a user lost $570,000 Worth of Mutant and more Ape NFTs, over the last year, numerous stores of NFT scams and frauds have surfaced,  collectively amazing the theft of over $100million in value over the last year despite recent bearish markets. As a response, the NFT space has begun to fight back, with ‘self-acclaimed Crypyo Sleuths to investigate scam cases.

This is a major issue, as most scammers rely on social media anonymity to carry out their scams. NFT holders are warned to always protect their asset data. Keep your details safe and make sure to follow the latest NFT security protocols.