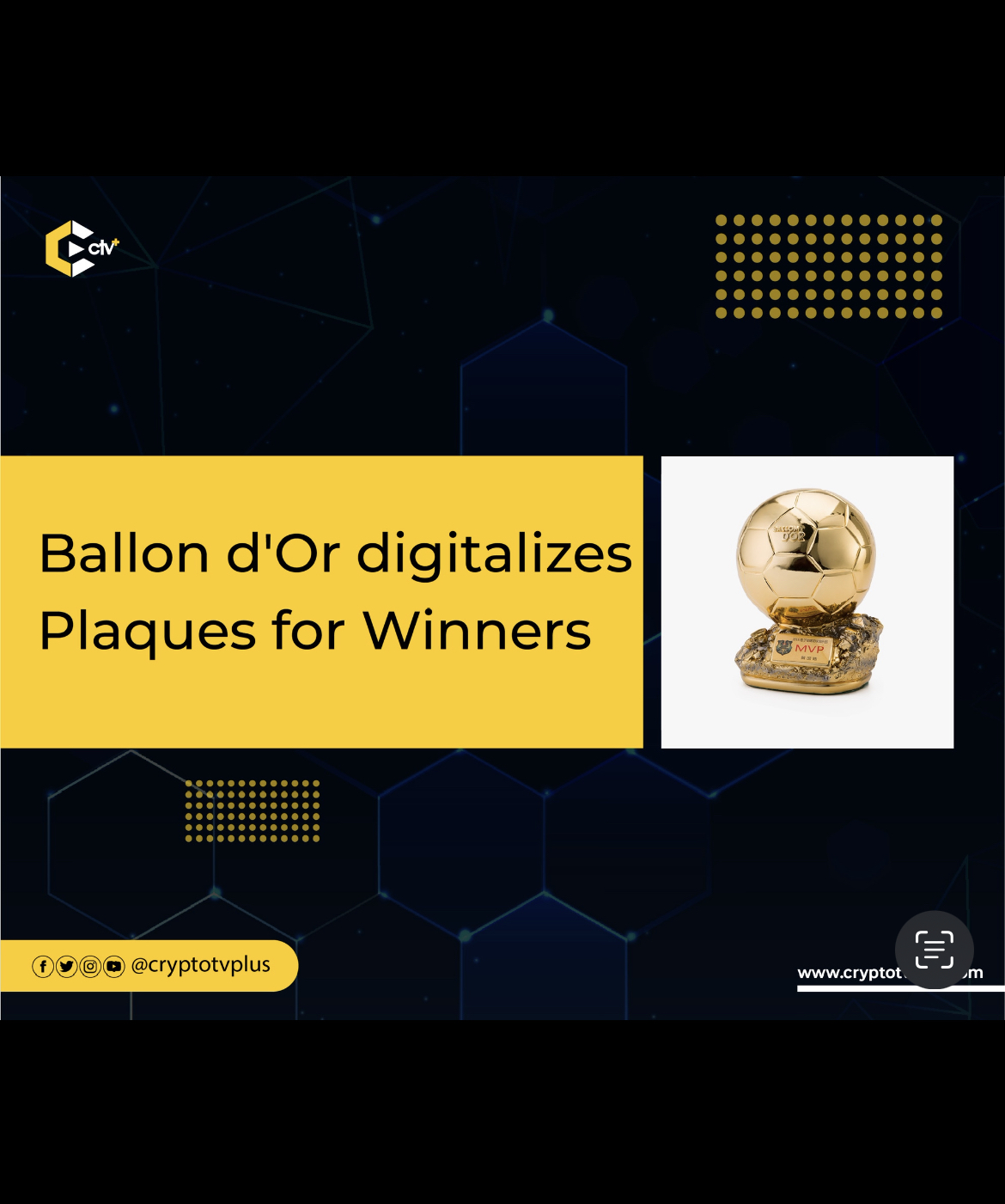 The international French football award, Ballon d’Or, has taken its first official step into the web3 space with an NFT collection. This NFT collection is based on pyrite, the stone that forms the trophy’s base. This stone has been digitalized as it takes on exceptional properties around this special football ceremony.

The Ballon d’Or winners received the digitized form of their award in addition to the plaque presented to them during the ceremony. As documented on the dedicated website for NFT Ballon d’Or, the sale of the NFT, 2022 Pyrite fragment collection will be opened for public sale on the 23rd of October 2022; Six days after the award ceremony.

The NFT is based on the Tezos blockchain. Tezos blockchain was chosen to improve the speed and reduce the cost and complexity of transactions. The creation of the smart contracts was handled by blockchain experts Premiere gallery while this was supervised by Nomadic lab.

Holders of pyrite NFTs will get the chance to experience “live this exceptional event alongside the world’s greatest players. They will have a front-row seat to witness this historic moment. Their adventure will continue in a grand hotel to enjoy the capital’s lights in the best conditions.”

In addition to all these, holders of the Ballon D’or collection enjoy the following;

Holders of the second collection – 202 pyrite fragment NFT collection get access to the following:

The NFT can be bought using the $XTZ token. The starting bid for an NFT is 635tz.

There is the mass adoption of blockchain and web3 in the football world. This can be seen from the creation of fan tokens, launching NFT marketplaces, partnership with Web3 gaming apps, ambassadorial deals with football legends and now the use of NFTs in Ballon d’Or ceremonies.

Web3 is of no doubt the future.