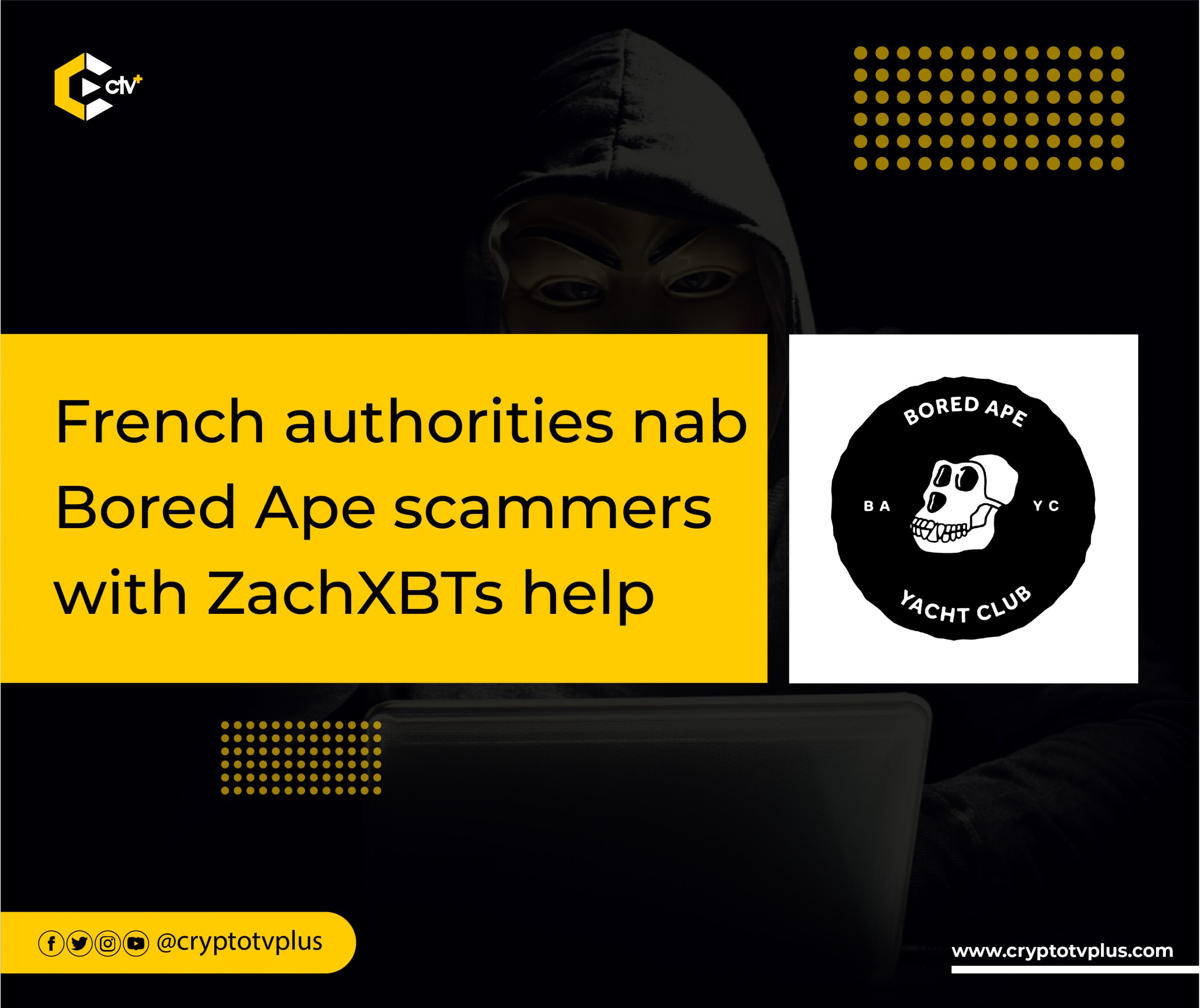 It seems ZachXBT is Blockchain’s Batman.

The French authorities have caught a  gang of fraudsters responsible for a string of NFT-related crimes. And the gang of 5 is being charged with illegally obtaining several digital assets

The ruse involved the group allegedly offering  NFT owners the opportunity to animate their digital assets. In reality, this was simp,y a phishing scheme to obtain the necessary information and steal the NFT. The gang allegedly made away with assets the value of $2.5 million  a loot that included several BAYC NFTs

The French were alerted to the nefarious activities through a thread on Twitter by none other than ZachXBT, the self-acclimated Crypto sleuth, who provided the necessary evidence the authorities needed to pursue the case and eventually make the arrests. Christophe Durand Deputy chief of the French cybercrime unit OCLCTIC also confirmed the investigation as having been triggered following a “grassroots” investigation by the “popular Twitter User ZachXBtT”

The suspects are all aged between 24 and 30, and the charges laid against them include fraud committed as part of a criminal gang, concealing fraud, and criminal association. The perps had allegedly been running these schemes from late 2021 to early 2022  and were based in Paris, Caen, and Tours.

In the last 12 months, BAYC NFTs have been prime targets for NFT crime syndicates, with the initial low prospects of ever getting caught, lately, however, with the constant evolution of the Blockchain industry, these perpetrators could be looking at possible jail time.