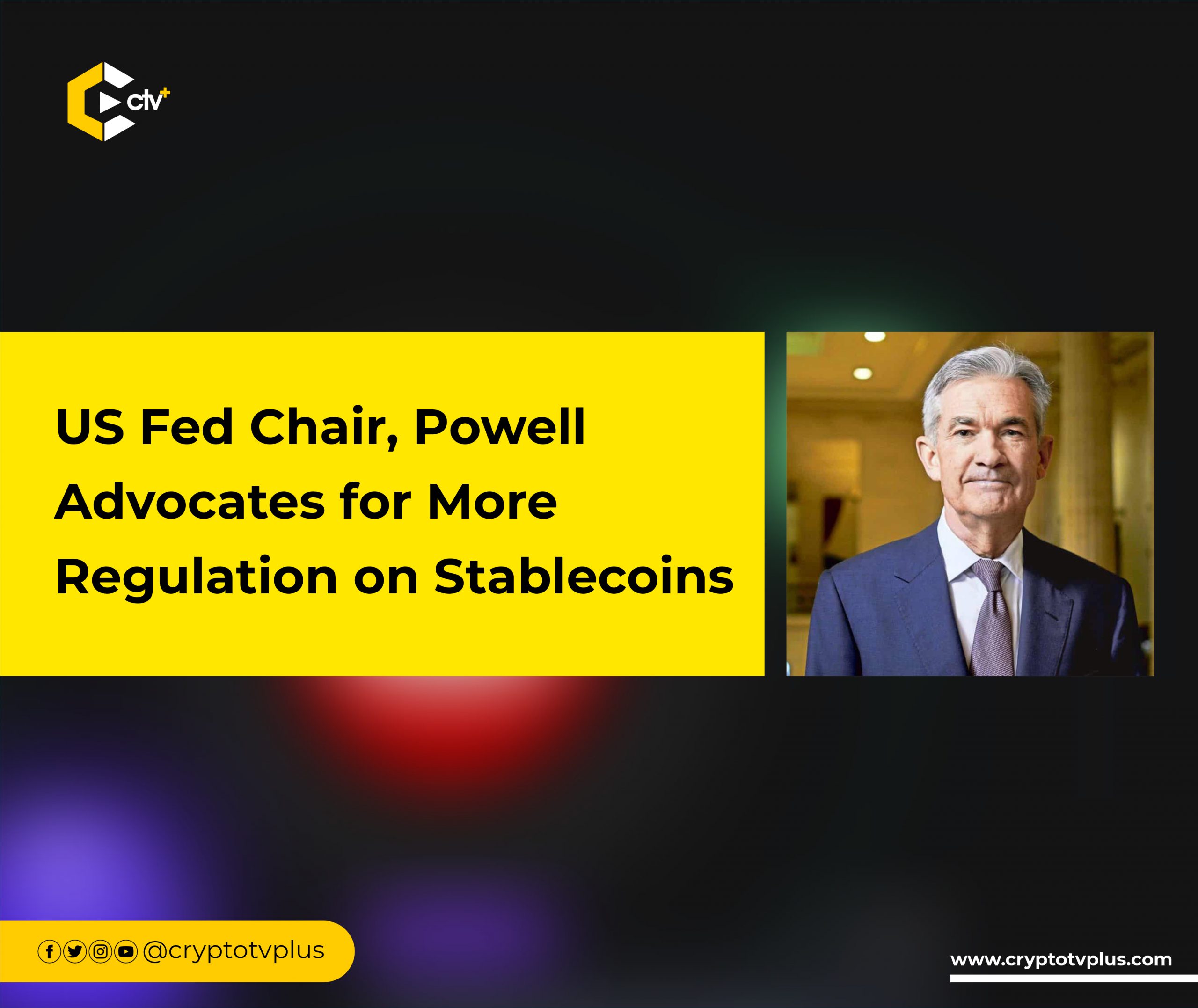 Move for the regulation of cryptocurrencies and stablecoins might become more intense, as the Federal Reserve Chair Jerome Powell said at a conference on digital finance in Paris that stablecoins will need greater regulation since they have become more widely used by consumers.

Stablecoins are digital currencies pegged to the value of a fiat, usually USD. The stablecoin TerraUSD reportedly collapsed and wiped out about $40 billion in investor’s funds, in May 2022. The Federal Reserve is yet to conclude whether to go on with rolling out a digital dollar, Powell said.

The crypto winter has not significantly impacted traditional finance because there is little overlap between the two. However, things might change in the future, and there might be an overlap as decentralized finance starts to touch more and more retail customers. In line with this, Powell said that “there’s a real need for more appropriate regulation.”

At the event ‘Opportunities and challenges of the tokenization of finance’ hosted by the Banque de France on Sept. 27, 2022, when talking about the yet-to-be-concluded plans on CBDC by the Federal Reserve, Powell said, “We have not decided to proceed, and we don’t see ourselves making that decision for some time.” Also, “We see this as a process of at least a couple of years where we’re doing work and building confidence in our analysis and our ultimate conclusions.” Powell mentioned.

“If people are going to think something is money, then it needs to actually have the qualities of money.” However, “If it doesn’t, then I don’t think you want to take the money and make it into just another consumer product where sometimes it fails and sometimes it’s good.”

In an interview at the Cato Institute, Powell emphasized.

About 100 central banks across different nations have been considering a digital currency. However, a few have pushed with the plan. In this regard, Powell said the Fed is also “evaluating both the policy issues and the technology issues” around a digital USD.

China, among other Asian countries, tested a digital yuan in some provinces, and in Africa, Nigeria has already launched a CBDC. The Fed. would need approval from the White House and Congress before it proceeds with a digital USD.

Unlike private money, currencies backed by Central Banks are more stable, Christine Lagarde, president of the European Central Bank, said. “If we are not in that game, if we are not involved in experimenting and innovating, in terms of digital central bank money, we risk losing the role of anchor that we have played for many, many decades.”

At the conference, she said that the ECB is looking to decide whether to develop a prototype of a digital euro.

Michael Barr, a top financial regulator at Fed, earlier said that the central bank, together with other agencies and Congress, should toughen oversight of stablecoins because “stablecoins, like other unregulated private money, could pose financial stability risks.” He referred to history and emphasized that “in the absence of appropriate regulation, private money is subject to destabilizing runs, financial instability, and the potential for widespread economic harm.”