5 Execs that stepped down from crypto companies in 2022
Advertisement 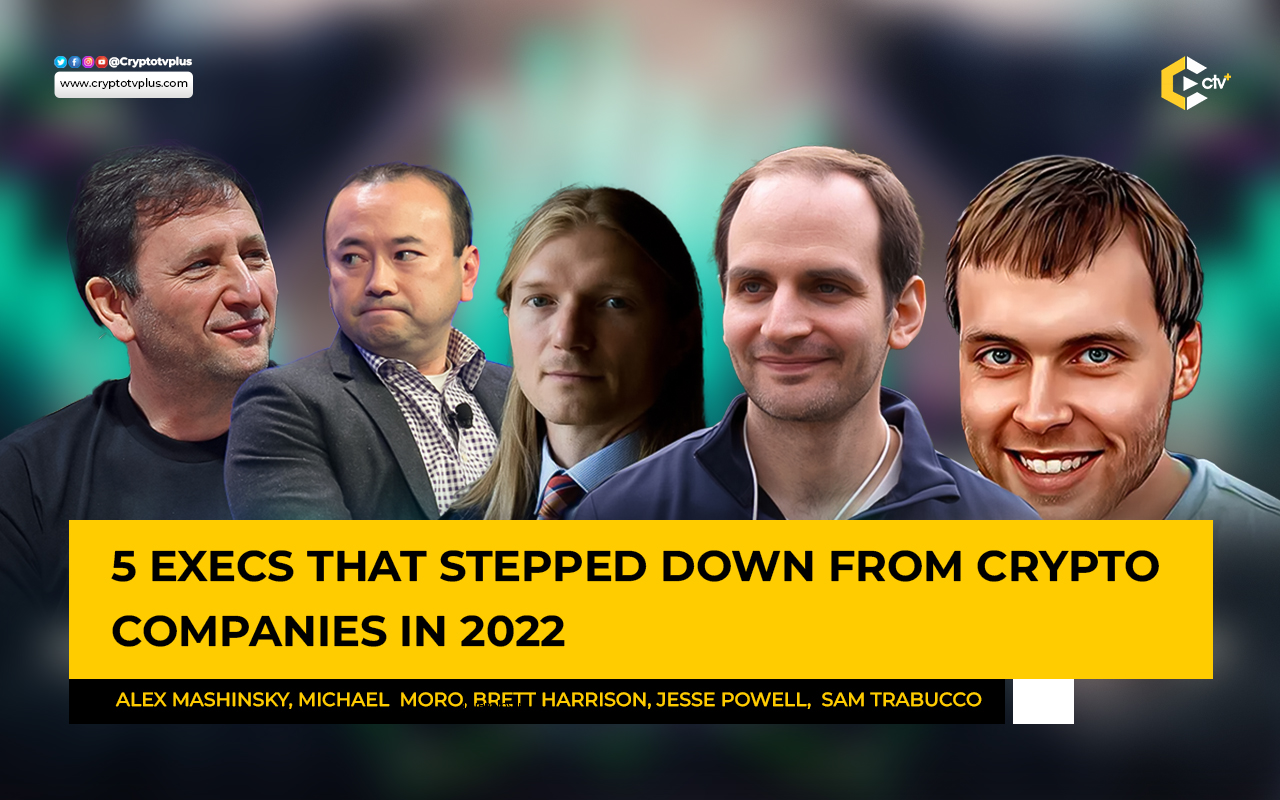 There has been a massive exit of crypto execs in recent times. Bloomberg’s Michael P. Regan calls it the “Great Resignation” where c-suite officials of crypto organizations are calling it a quit.

For some, the reasons are connected to the backlash of the Luna crash. For others, management reshuffling is said to be the reason they exited. However, the majority of these top executives have stayed in the company with advisory positions as their new spots.

Here is a list of the top 5 crypto executives that have changed positions in 2022:

Jesse Powell, the former CEO of Kraken, a cryptocurrency exchange platform, stepped down from his position in September 2022. According to Powell, his attention will be tilted towards the company’s products and broader industry advocacy.

Powell’s exit from his position brought in Chief Operating Officer, Dave Ripley, as a replacement. Kraken is not sending Powell out of the company, thus he became the new chairman of the organization. A new COO is yet to be chosen for Kraken.

Reports have it that Powell intimated the organization about his move last year. He also cited that the drain of the growing size of the company was his reason for stepping down.

Michael Moro of Genesis is another CEO who has stepped down from a crypto-based firm this year. The step was initiated by Genesis in response to the slashing of 20% of its workforce. Derar Islim, the Current Chief Operating Officer of Genesis has been appointed as the temporary replacement of Moro.

FTX.US is another organization that had a change in leadership. Brett Harrison, the President of FTX.US stepped down from his position on September 27, 2022, and will be replaced by Zach Dexter, the CEO of FTX’s U.S. derivatives unit.

Brett, who also managed the FTX Stocks and FTX US Derivatives, announced this in a tweet. According to Brett, his new role will be more advisory in the coming months.

Celsius Network is one of the Crypto projects that was hit by the global crypto crash in 2022. This is linked to the loss of value of the Celsius token which made Celsius to discontinue some of its services to manage the situation. They’ve been linked with filing for bankruptcy too.

Alex insists that he will still help to see the company bounce back as they try to pay back creditors their monies.

Alameda lost its former Co-CEO, Sam Trabucco when he announced his decision to quit the role in July. Alameda Research is a cryptocurrency trading firm linked to Sam Bankman-Fried of FTX.

In October 2021, Caroline Ellison and Sam Trabucco were made Co-CEOs of the firm. But Sam left leaving Caroline as the CEO. For Sam, he will not be active in the day-to-day running of the organization. However, he’ll focus more as an advisor and other external pleasurable duties outside work.

The sudden changes in the leadership positions of crypto firms are not surprising. Crashes of several crypto platforms, hacks and other factors have brought a slowdown in the crypto space. While some companies downsized their workforce, key leaders of others are taking a bow.

Sam Trabuco steps down as Co-CEO of Alameda