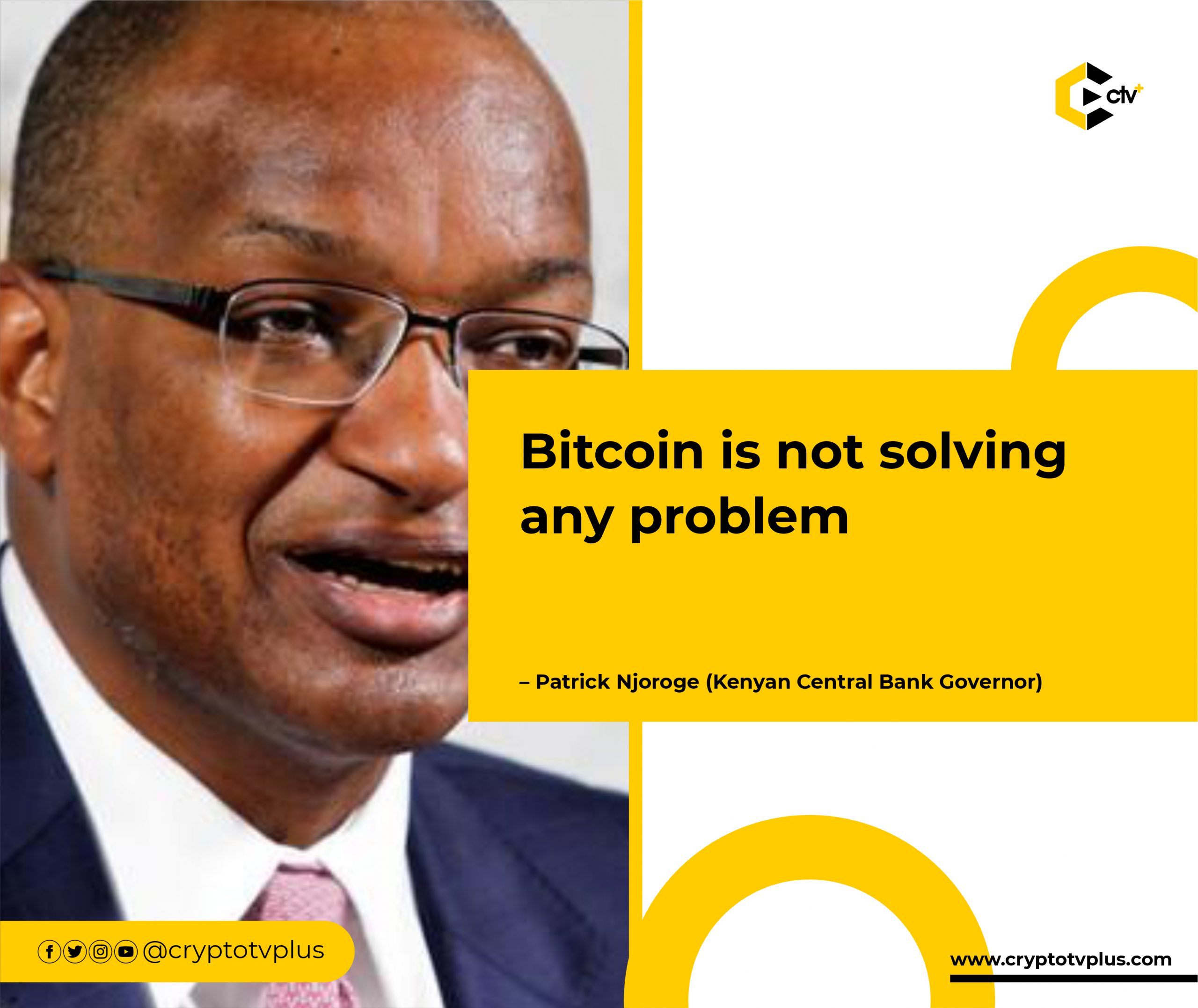 Patrick Njoroge, the Governor, Central Bank of Kenya (CBK), said he should be jailed if he agrees to convert Kenya’s reserves to bitcoin. He added that the keys to the Kamiti prison cell should be thrown away. He said this while addressing newly elected members of Kenya’s legislature.

Patrick Njoroge described the idea of channeling Kenya’s reserves to bitcoin as “craziness,” He said that he would be out of his mind to agree. Njoroge also argued that bitcoin and other cryptocurrencies are not solving any problem and are volatile.

CBK, under Njoroge’s ministry, issued statements warning locals against trading or investing in cryptocurrencies. However, data will suggest otherwise the impact of the Central Bank Governor’s argument on crypto.

He made further attempts to dissuade lawmakers from keeping up with individuals who hype bitcoin and other cryptocurrencies, claiming he is also being pressured. He said, “I know you are under a lot of pressure from some of these people pushing these things. Because for them it is good. I can assure you I have a lot of people pushing to put our reserves in bitcoin.”

Also, in June 2022, the Central Bank of Nigeria’s (CBN) Deputy Governor Kingsley Obiora cited that volatility is one of the reasons why cryptocurrencies cannot become a widely recognized payment method. This follows the statement of Kingsley Obiora’s boss who in 2021 called cryptocurrency opaque, black, and money from thin air after the Apex Bank issued the crypto prohibiting Feb 5th circular. And despite the Senate’s intervention, the Governor’s position has remained unchanged.

While these nations’ position has been hard on crypto and bitcoin, nations like the Central African Republic and El Salvador continue to press on with adoption despite criticism.

Best dating sites for over 50