What You Should Know About the Ethereum Merge
Advertisement 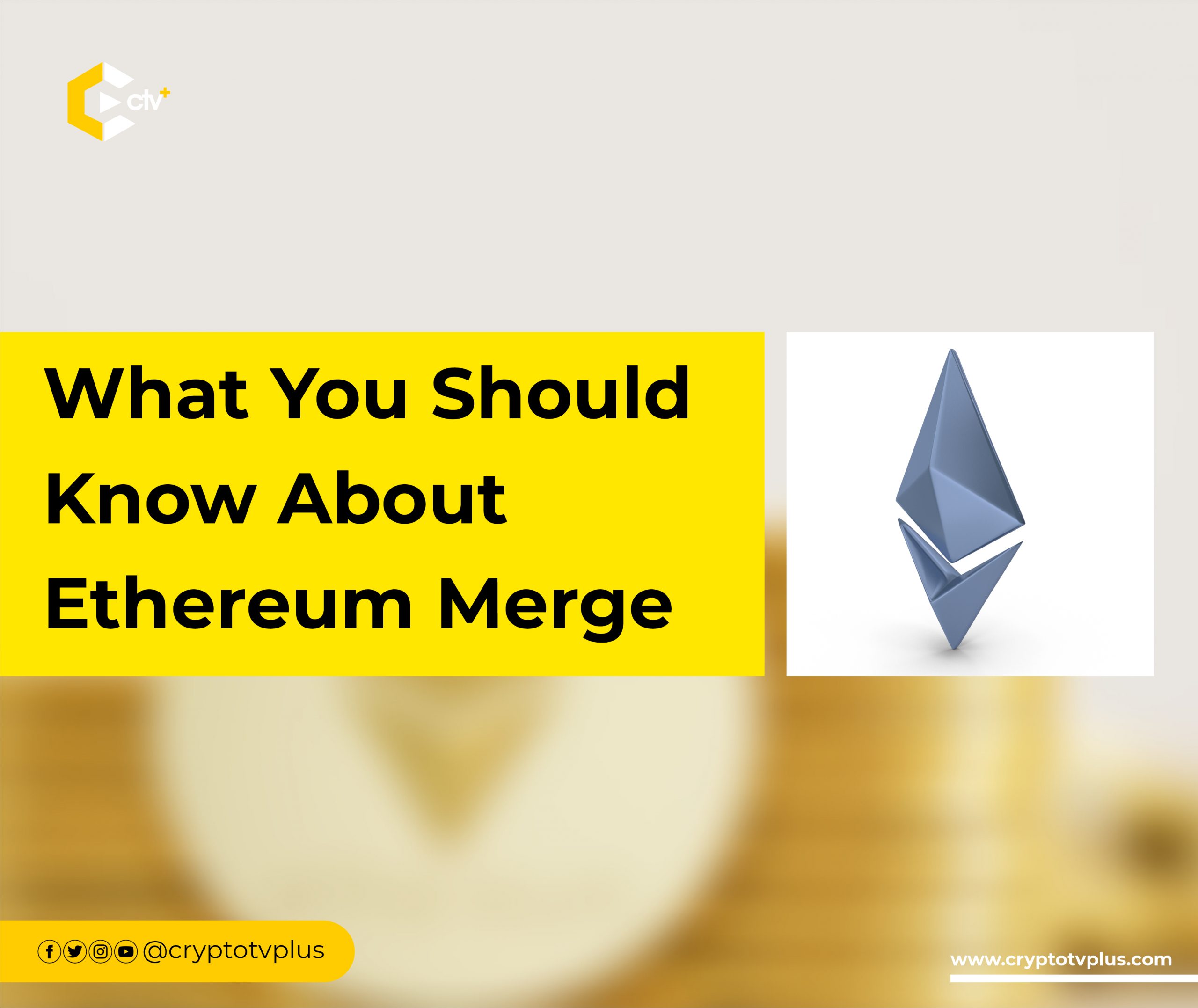 The Ethereum blockchain will welcome an upgrade, “the Merge,” which will bring significant changes to the network. According to Independent.co.uk, the Merge is the most anticipated event in crypto history, pointing to its importance. In this piece, we deep dive into what the Merge is.

What is Ethereum Merge?

Miners on the network set up nodes, compete to solve puzzles, and earn rewards in the native coin— Ether. The Bitcoin blockchain operates using the same consensus mechanism.

On the other hand, the Proof-of-Stake mechanism adopts a unique mechanism allowing validators to run staking nodes and propose blocks rather than mine blocks.

The Proof-of-stake consensus is recognized for its low energy consumption, which is one of the benefits the Ethereum network will gain from the transition. The PoS mechanism will drastically reduce energy consumption on the network by 99.95%.

The Merge will align the execution layer with a new PoS consensus layer, known as the Beacon Chain. The execution layer, which is the Ethereum mainnet as we know it today, runs on the wheels of the PoW consensus.

The long-term vision of Ethereum developers has been to switch to eco-friendly infrastructure, prompting the Beacon Chain’s creation on December 1, 2020.

The Beacon Chain is a parallel chain to the Ethereum mainnet. Since its creation, the Beacon Chain has never processed Mainnet transactions, though it has been reaching a consensus on its state by agreeing on active validators and their account balances.

Implications of The Merge

The Ethereum Merge will signal the end of the Proof-of-Work on the Ethereum network, making it an eco-friendly blockchain. However, widespread concerns continue to emerge on the implications of mining on the environment.

Thus, the PoS consensus is now the most preferred mechanism for validating transactions on the blockchain.

The Ethereum network will be secured by validators using staked Ether following a complete transition. Each validator will propose blocks depending on the amount of Ether they have staked.

This has inspired arguments against centralization as Lido Finance; a liquid staking service, holds 31% of staked Ether on the Beacon chain.

Ideally, if a validator gathers up to 51% of staked Ether to himself, he can control the network, censoring other validators and performing other selfish actions. But, Ethereum founder Vitalik Buterin argued that such a validator’s stake in the network could be slashed, rendering him incapable of completing the attack.

Yet, concerns around how recent regulations affect centralized staking entities such as Coinbase and Kraken and their validators have dominated recent crypto discourses.

In addition, the Ethereum Merge will reduce the amount of ether in circulation since most crypto investors will have their Ether bags staked across available validators.

Furthermore, the demand for Ether will increase as investors seek to capitalize on the APRs that staking services will offer. Ultimately, this is likely to increase the price of the ultrasound cryptocurrency to the point where its market capitalization surpasses that of Bitcoin.

Analysts at research firm FSInsight have predicted a “flippening” in the next few months. Based on CoinGecko data, Ethereum’s market cap currently stands at a little over $200 billion, while Bitcoin’s stands at $415 billion.

Common Misconceptions about The Merge

The Ethereum merge has led to certain speculations on the possible outcomes of the transition to the PoS mechanism. However, the following misconceptions have been debunked by the Ethereum Foundation, a decentralized parent body handling the administrative side of things.

One doesn’t need to have 32 ETH to run a non-validating node. Anyone is free to sync a self-verified copy of Ethereum. Non-validating node operators run clients for both the execution and consensus layers.

The Ethereum Merge will not affect gas fees as it only changes the network’s consensus mechanism, not its capacity.

Transaction speed will remain the same on layer one. However, there will be slight changes. While the Merge will not directly influence transaction speed, other planned upgrades will increase the network capacity.

The transition is planned to happen without any hitches. Several testnets have been performed for several months to ascertain the chain’s capability to transition smoothly. Based on the outcome of the previous testnets, the mainnet Merge will happen without downtime.

The Merge is the first of a series of upgrades planned for the Ethereum network. After The Merge, other upgrades are The Surge, The Verge, The Purge, and The Splurge. However, The Merge is slated for completion by mid-September.

How To send and Receive Money  in Dogechain