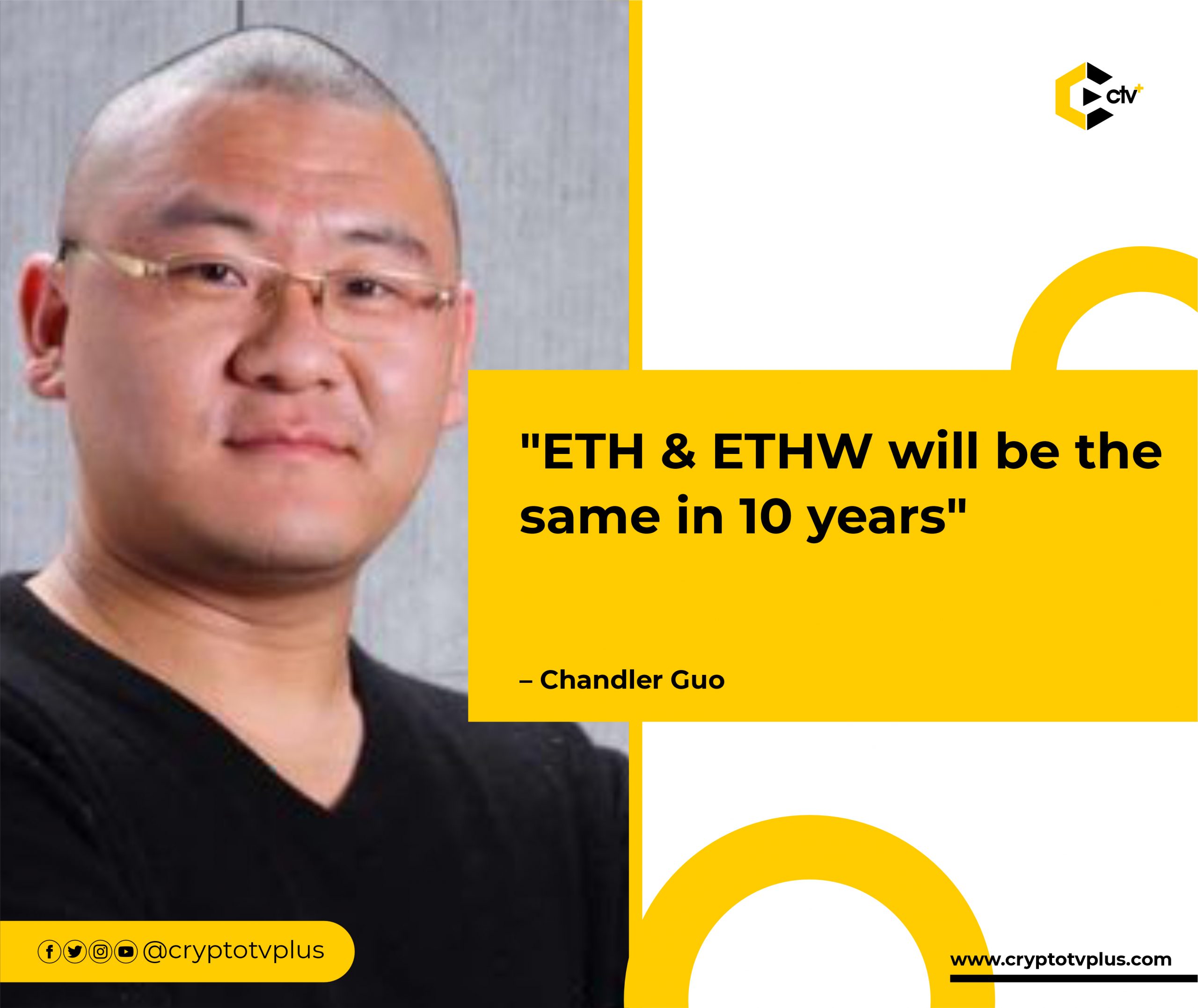 Point Man for the recent Ethereum hard fork, Chandler Guo, has said the of $ETHW, the newly airdropped coin native to the forked Ethereum blockchain would be the same as that of Ether (ETH). Guo further added that the value of the token, which he says is currently ‘very cheap’, would grow by “100x in 10 years.”
He made this claim in a recent interview, where he emphasizes that although the coin did just about a fraction of its last September 15 high, it has the chance to grow in value.
Guo, who is a former Ethereum and bitcoin mine, admitted that the forked blockchain has a lot of ‘catching up to do before the 100x growth can occur.
“Currently, ETH price is high because there are many developers and over 200 different projects running on top of the Ethereum PoS [proof-of-stake] blockchain. On the other hand, there are less than 10 projects on the ETHW.”
To make sure the much-needed work aimed at bringing the forked PoW chain to par with the PoS chain has started, Guo revealed that just 4 days after the merge, “the ETH proof-of-work chain already has two DEXs [decentralized exchanges], two bridges, and two NFT [non-fungible token] exchanges already launched.”
“Things are happening step-by-step and after one year I think there will be over 100 projects running on top of the PoW chain,” Guo added.
Apart from the launch of exchanges and bridges on the new chain, Guo claims the Protocol’s demand, transactions and operations have been rising since the merge. Although the market cap of ETHW at the time of writing indicates the daily trading volume to be at about $80 million, Guo insisted the actual volume is around $ 1 billion.
“[Already] the trading volume of ETHW is huge. Today, it’s almost a billion dollars. [As of today] ETHW [is] supported by more than 20 mining pools, and 2000 miners from around the world. More than 30 exchanges have listed ETHW,” claimed Guo

Related Topics:ETHw ethereum
Up Next