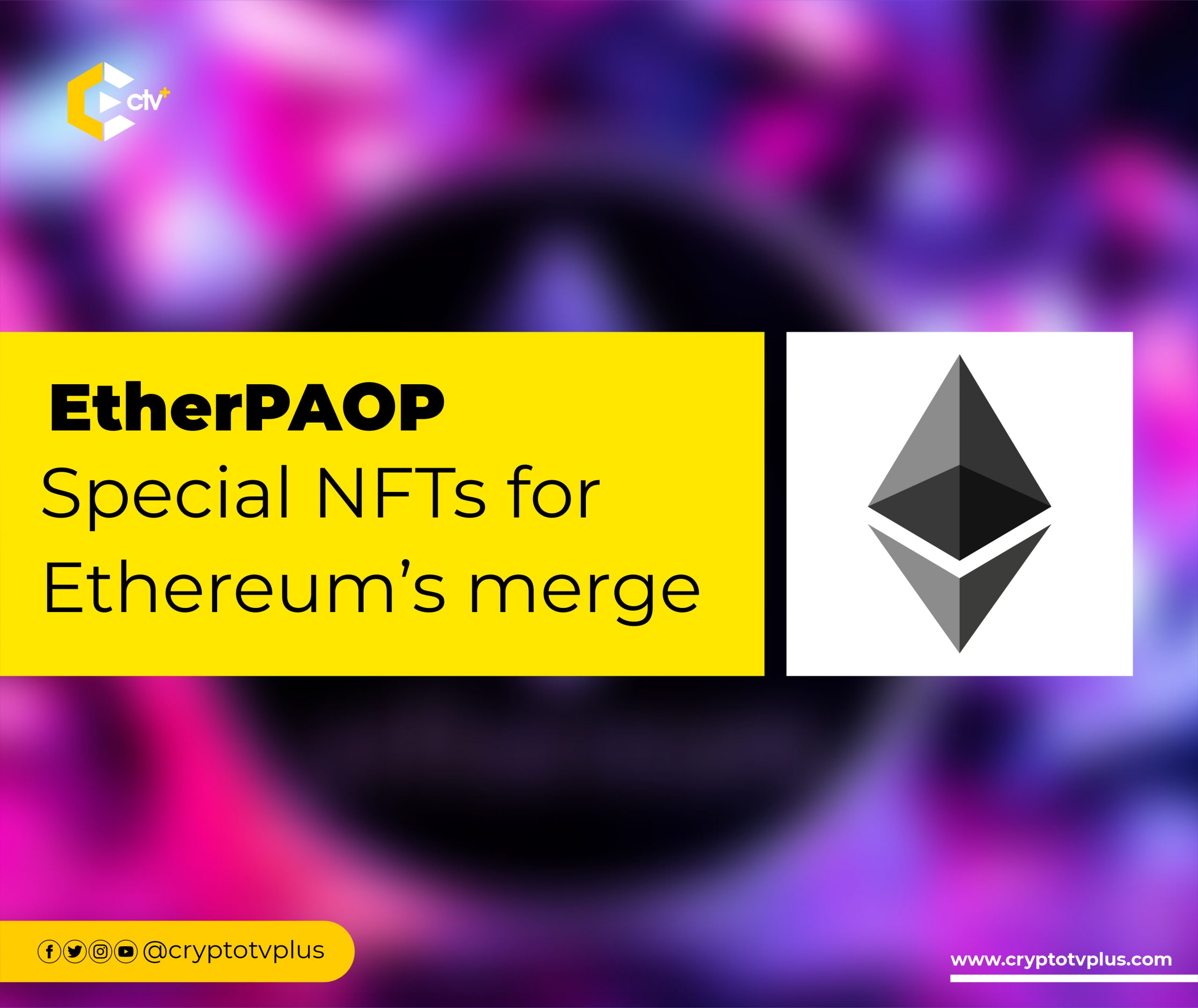 The move to a Proof-of-Stake blockchain is proving to be a significant moment in Ethereum’s History.  The shift, which is tagged as  “The Merge”, is a transition from a Proof-of-Work  Consensus Mechanism to a Proof-of-Stake. This was finalized today, September 15th, 2022, and is already being celebrated all over the world.

The excitement is spilling over into the NFT Space, not only because Ethereum is a major platform for NFTs but because it’s a defining moment for the industry. Currently, proof of attendance Protocols  –POAP NFTRs are being minted for the lucky crypto enthusiast who wishes to commemorate the historic event.

These POAPs allow their holders to prove that they participated personally in an event, such as a conference or webinar. For Ethereum, the POAP would be a badge of honor to the original 8,893 crowdfunding addresses that were the first to participate and interact with the blockchain’s genesis block.

The Leading outfit for this Project is called EtherPOAP, who as of Thursday, Sept 15th, 2022, announced that the POAP Collection is live on NFTScan. A limited drop has also been scheduled for lucky members of the public who wish to have a visual reminder of the merge.

The project took to its official Twitter Page to announce its free Mint on the 12th of September, and the next day, announced that all OG NFTs were successfully minted. According to the announcement, along with the crowdfunding 8893, a total of 10,000 NFTs were minted.

The EtherPOAP Project was accomplished in partnership with HashKey Group, a digital asset company based in Hong Kong, The firm is one of the early investors in Ethereum. To confirm eligibility to receive Ethereum POAP NFTs, interested collectors would need to prove their own decentralized identity  (DID) which is a form of a digital passport, granting its holder access to the Web3.