DEFY; what you should know about the AR & movetoearn game
Advertisement 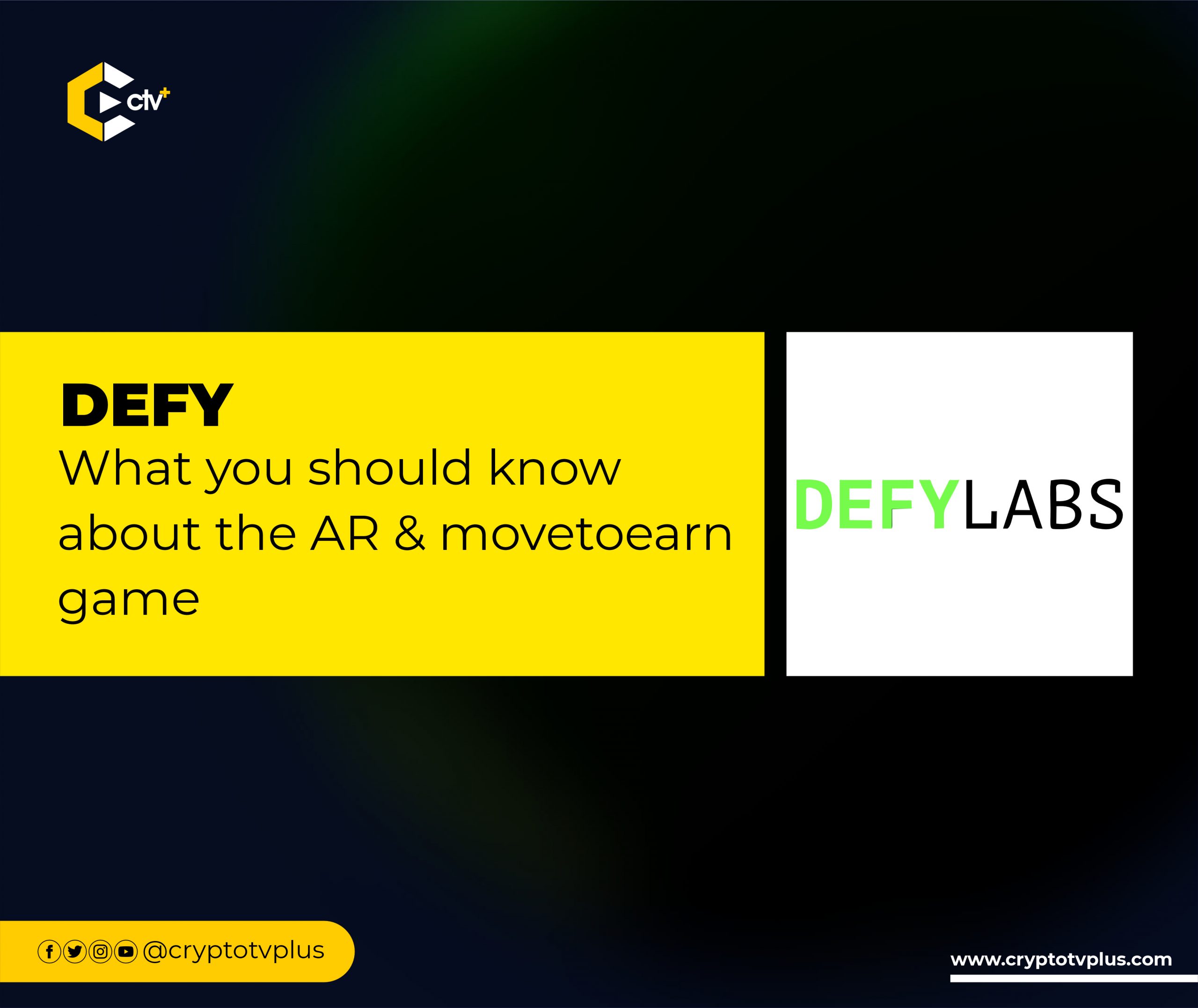 DEFY is a move-to-earn mobile game that integrates Augmented Reality with blockchain gaming elements. The storyline is set in a future world where citizens rely on a central system that controls what happens in the world. Gamers come in as saviors to hack the systems created against the people.

DEFY involves missions and tasks carried out using NFTs as avatars in a 3D world. As each task is accomplished, there are rewards given to the detective. The team has carried out the minting of the first two generations of NFTs for the platform that is based on the Polygon network.

In the DEFY ecosystem, gamers are offered an immersive virtual world that will evolve into a learntoearn platform where anyone can learn how to code.

Move To Earn: Keep Fit, Sport, Connect and Earn on the Calo Metaverse

How does DEFY work?

The entire game is wrapped around gamers becoming detectives to hack the Network Cell Tower. But before that, users must get an avatar as NFT to play the game.

This can either be in the free-to-play mode where they are given a free NFT or buy a premium virtual private mask as an NFT to engage with other characters on the platform.

Owners of the premium mask get more rewards than those who own generic masks. For example, they can convert stolen FCOIN into DEFY tokens.

Premium masks are also upgradeable in the game through forging, which allows players to customize their NFT masks with aesthetic and functional upgrades. Other than upgrading NFT masks, players can also build their own drones and customize other in-game NFT assets.

The Network Cell Tower is a global system that controls the world in the dystopian era. While the gamer is the detective sent to hack the system, using various tools like personal drones, it’s important to be cautious of dangers.

After the successful hack of a Network Cell Tower, the hacker (detective) is given a very short time to collect data and FCOIN from the closest wallet to the tower. Then decrypting the collected data follows. At the end of this process, the detective is rewarded.

The platform is designed to use dual currencies (crypto and non-crypto tokens) and an NFT asset.

The first is FCOIN (Future Systems Coin) is the in-game coin system that is used for the reward and purchase of items in the mobile application. It is not built on cryptography like regular crypto tokens. This is the advantage the platform has to be hosted on Apple and Android app stores. FCOIN can be earned by hacking Future Systems towers and completing tasks in the game like decrypting wallets for users.

The second currency is the $DEFY which is the utility and governance token of the DEFY ecosystem. It’s designed to be an ERC-20 token built on Ethereum and Polygon network. As a governance token, it is used to influence decisions on the development roadmap of DEFY ecosystem. Holders of this token can also buy and upgrade in-game NFTs with it.

Anyone can buy $DEFY tokens on DEX/CEX or by swapping FCOIN to get it.

The team behind the DEFY project has launched other successful projects like the District Race app.

Brent Maxwell is the CEO of the DEFY project. He has experience in the development of SaaS products, building businesses, and recently migrated into the Web3 space.

Ben Pember is one of the Co-Founders of DEFY. He’s worked with IMG, started companies like Exceed in 2013, and cofounded District Technologies in 2017. Ben brings in a lot of insight from the tech and sports industry.

Tom Threlfall, another Co-Founder, has built a career of over a decade of investment, focusing on funds management and trading. He has also built a B2C business and is helping to create the bridge between traditional businesses and Web3 services.

Michael McClenaghan serves as Co-Founder and CTO of DEFY. He helped start Lightwave Technologies, a VR startup in Australia. Today, Micheal is combining his experience in the VR/AR industry with blockchain technology.

2022 will be focused on improving the gameplay, the announcement of future NFT sales, Beta and public launch, the release of the token, NFT Marketplace, FreetoPlay model, and more.

Community content creation, tournaments, AI scripting tools, the building of events, POAPs/SBTs, and more will be coming up in 2023.