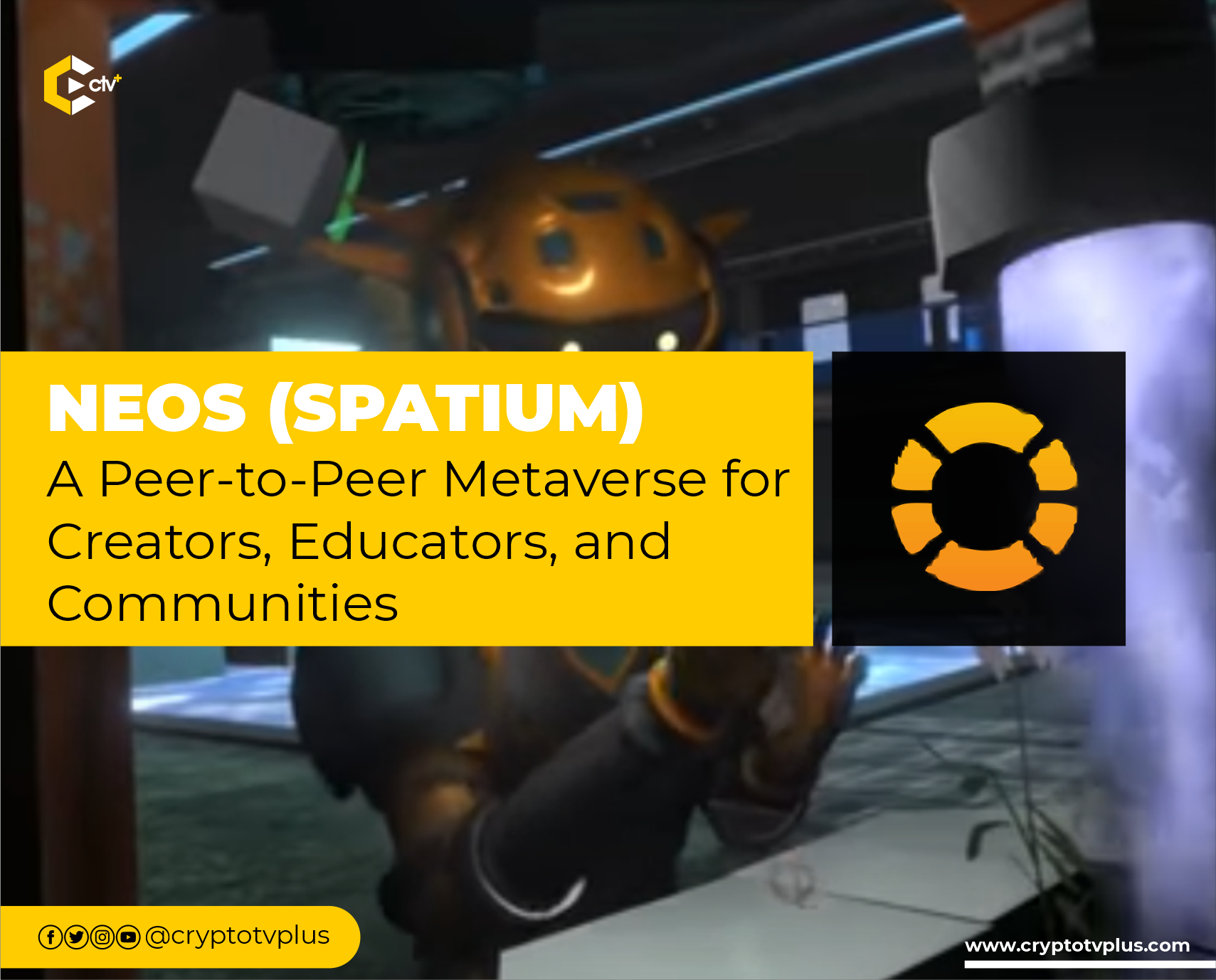 Neos which is short for Neo Spatium is a virtual reality peer-to-peer metaverse designed for creators, educators, and communities that reimagines and generalizes the way immersive social experiences, applications, games, and other virtual creations are created, allowing them to coexist in one shared place. Within Neos, users can create and distribute content.

Neos is designed to be a decentralized peer-to-peer software and perform well on a local/isolated network. Users can become hosts to as many peers as their bandwidth and computational capabilities will allow. At the time of writing, many of Neos’ optional services operate in a Centralized model but the Neos development team is working seamlessly to transition all current and future services to their respective decentralized alternatives.

Building blocks that are equivalents of basic programming data structures, make up the core of Neos. These building elements are used to create the fundamental engine functionality, and other higher-level behaviors, subsystems, tools, and interfaces that enable rapid design and implementation. With this, there will be no need for network programming and automated interoperability between each component of the system, such as access to all attributes via the scene inspector or connecting them using the visual scripting language.

Neos just concluded a Metaverse Maker competition, which was held on 20th March 2022.

The metaverse which is a virtual world, won’t thrive without a properly designed plan for an engaging economy. Interactions in the metaverse will be fueled by the need to have users exchange assets amongst themselves or a good earning opportunity that keeps users immersed in the metaverse for tradable rewards. Neos developed an In-world Economy that would drive an amazing user experience and reward the commitment of users.

Neos has a rapidly growing community, therefore, the need for a thriving metaverse economy emerges to give content creators opportunities to make a living. This contributes to the platform’s development as a vibrant, desirable place: an open-source platform for social experiences, productivity, and creative collaboration. A metaverse ecosystem is a chance to specialize, trade a variety of goods and services, start a business, and make a living.

To have a working economy, users must be provided with purchasing power. The neos credit cryptocurrency token is $NCR, ‘Federation credit’. NCR provides for a self-contained in-verse economy as well as value transfer to and from other cryptocurrency marketplaces linked to the Neos metaverse economy, which is useful for meeting basic demands.

Staking Neos Credits is a method of rewarding long-term NCR holders.
With time, all 7,600,000 NCR will be credited to NCR holders in stages. Staking will be available through Neos account wallets.

Neos’ top priority is to reward those who contribute to the development of an advanced version of the Neos metaverse. The Neos minting process will at best serve this purpose. The minting process is intended to distribute Neos Credits (NCR) to supporters and early adopters for them to participate in the in-verse economy and benefit from Neos’ economic success.

The Ethereum minting yield will be used solely to support the development of the metaverse, including the expansion of the Neos team, grants and awards for developers and content creators, and other activities that directly improve the value of time spent in Neos. Such an investment increases the user base, engagement, volume of the metaverse economy, demand for Neos Credits, and worth.

For the CDFT minting process, every 25th minting batch is reserved for the Community Developer Fund Token (CDFT) holders, that is 4% of all NCR, $11,039,364 at the time of mint which is converted to NCR at the time of the previous batch’s completion.

CDFTs (Community Development Fund Tokens) are non-transferable tokens that are linked to a Neos Account or Group. CDFTs are distributed following an individual application evaluation. Unallocated CDFTs are saved for future use. When applicable, all NCR mint from previous CDF batches is minted at the time of allocation.

How to Obtain Neos Credits

Directly Sending Ethereum: The value of NCR obtained corresponds to the batch price of the minting procedure minus network transaction cost. Within 48 hours, transactions are processed in the order of their blockchain confirmation times. After seven-block confirmations, a transaction is declared confirmed. To receive, store, send, and trade NCR, users must utilize a wallet that directly manages their private keys, such as the default Ethereum Wallet or Metamask.

It is important to note that when users buy, send or make transactions directly
from an exchange or similarly managed wallet, their NCR ownership may be difficult to be proof.

Being a Patreon Supporter: The value of NCR obtained in this manner indirectly corresponds to minting value and should generally be around 50-70 percent of the relevant pledge. As the standard NCR mint value rises, NCR Patreon rewards will be modified proportionately. Each month, a Patreon reward aggregate transaction is delivered to an internal Neos account, and they can request blockchain withdrawals in their Neos wallets.

Neos License Information Component- LIC, will be accompanied by a graphical user interface that allows users to easily execute NCR trades on pre-agreed conditions, as well as manage licenses and ownership arrangements as needed, effectively introducing a single in-verse trading platform. LIC is still being developed and will be launched into the metaverse in no time. It tracks licensing and ownership like contracts, group ownership, versioning, and sub-component tracking.

Users will be able to easily access product and provider listings through the Neos Store and Neos Jobs marketplaces. The interactive item, setting, or other assets offered like an in-verse sample of a bespoke service procedure or possible outcomes will be included in the listings. Escrow services for customer protection will be implemented as well.

The Neos Community Developer Fund is intended to recognize and reward individuals and groups who contribute significantly to Neos’s growth plan through development, content creation, outreach efforts, event planning, and other activities.

“Neos: The Universe” came in 3rd place at the 2015 Oculus & Samsung VR Jam. Tomas Mariancik an advanced virtual reality software developer and Karel Hulec who started in the space with virtual reality hardware manufacturing and later joined forces with Tomas, these two sit at the core of Neos development and are the original Oculus Rift Kickstarter backers. They also co-founded Solirax.

Solirax was one of the very first startups to gain investment in the VR space as part of Rothenberg Ventures’ initial River VR accelerator in early 2015.

Neos has the backing of fans and seed funding from Rothenberg Ventures. Neos is also being co-financed by the European Union Regional Development Fund.

To get more information on Neos features being worked on, please visit Neos GitHub.