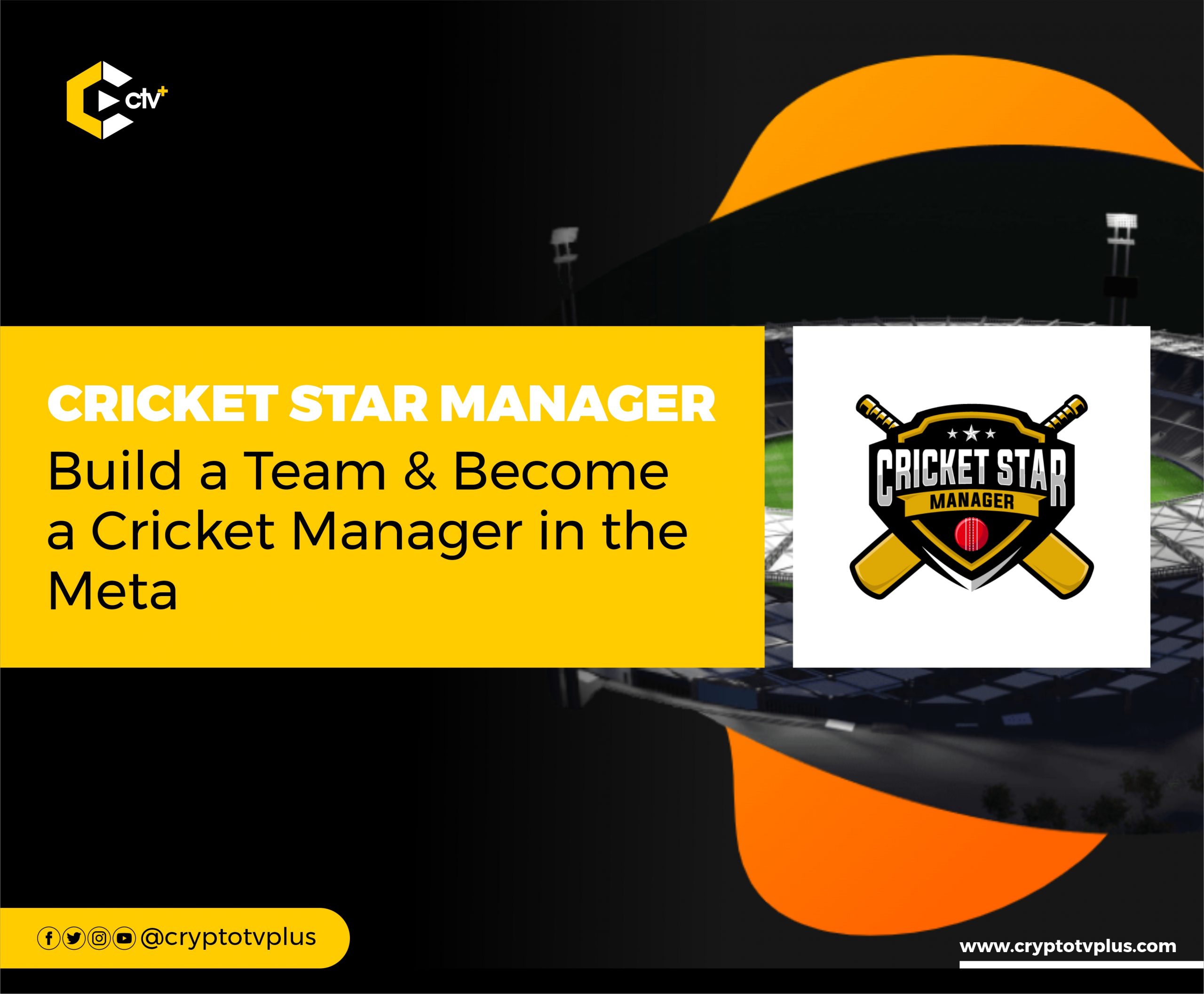 The game of cricket started as early as the 13th century. It has evolved to become a global sport attracting nations and teams all over the world with a projected market value of USD 3.5 billion by 2029. Cricket, like most popular games, has been featured in the online space with esports development. This has created a new global market for sports like cricket.

On the gaming aspect, apart from playing using PvP and PvE, there has also been a rise in sports management game models. Football Manager is one of such games in football that brings the management model to esports. There are also Cricket games that do so like Cricket Manager, and Battrick. However, this model brought little to no economic returns to users. The goal of Cricket Star Manager is to bring full GameFi functionalities with competitiveness into the world of cricket.

What is Cricket Star Manager?

Cricket Star Manager is a P2E game built on blockchain that enables users to manage cricket teams in a competitive ecosystem.

Players as managers are permitted to use in-game utilities that represent players to compete in events. And as the team wins over other teams, the players get to a point where they can be minted and become economically viable.

How Does Cricket Star Manager Work?

The game is first a Free To Play that advances to Play To Earn. So as a player in Cricket Star Manager, you are allowed to sign up for free and get in-game utilities without economic value. These utilities gain value as you play and win games with them proceeding from one level to another.

At a certain point, the in-game utility can be minted to become of higher value and would possess more skills. The in-game cars can be players or stadiums or other tools needed for the game of cricket. This means that NFTs are an important part of the Cricket Star Manager ecosystem.

For the cricket players, they are represented as Player Cards when given to the Manager for the first time. The Manager needs to use the players in games, train them, and sign new players just like is done in real cricket games.

The Player Cards form the team that is needed to compete in matches. As mentioned earlier, the team gets to a level in the game where they now pass to be minted and become NFTs with economic value.

This is where they become income-generating assets for the Manager through renting or selling to other teams via the Marketplace system.

In honor of great cricket players, their imagery will be represented in the games showing the connection between the online game and real sports.

Apart from the Player Cards that stand for players, there are Land NFTs that represent Cricket Stadiums. The entire Cricket Star Manager metaverse is made up of land that can be developed as a stadium to serve the needs of the sports in the virtual world.

The Land NFTs, which are cricket fields, can be developed over time to become a stadium. And for each stadium, various purposes can be deployed, making them a good source of income for owners. Stadiums can be used to host games, tournaments, and special events.

If events are not being hosted on the pitch, they can be used as training grounds for the team as well as other teams that can pay for their team to use it.

On the side of the competition, only Guardian Link stands as a direct competitor in the cricket niche against Cricket Star Manager. So the challenge here is still less but will decrease as adoption goes up and more sport-based P2E games are released.

The other aspect of the challenges faced by the Cricket Star Manager is keeping up the roadmap set by the team. Most times projects set very good road maps and in the end, delays crop in and make such products not to be released on time for the market to enjoy. This can cause a loss of trust between users and brands.

On the roadmap development of Cricket Star Manager, 2021 was focused on the conceptualization of ideas; team recruitment, and development; and pre-sale of the $CSM token.

The highlights of Q1 and Q2 2022 are marketing, partnerships, expansion, branding, public sale and listing of $CSM, and CSM marketplace.

MVP game launch; upgrade of game performance and mechanics; worldwide tournaments and integration of additional NFT Marketplaces will be some of the developments that await the second half of 2022.

Currently, there is no full breakdown of the team members of the Cricket Star Manager game. From the website, it’s a combination of a highly experienced team with more than 100 years of experience in the gaming world.

Spearheading this development is Gold Town Games, prime developers of the World Hockey Manager game which has more than two million downloads with over a hundred million games played on it.

Ethernal, Banter Capital, Black Edge Capital, GBV, and Paribus Ventures are some of the partners of CSM.

Cricket Star Manager is making the adoption of blockchain DeFi and GameFi advantages grow through this simplified and economical platform. Now, cricket lovers can build teams, develop stadiums and enjoy their game in the blockchain-powered metaverse.

3 Reasons Why DotPad is the Launchpad to Watch Out For