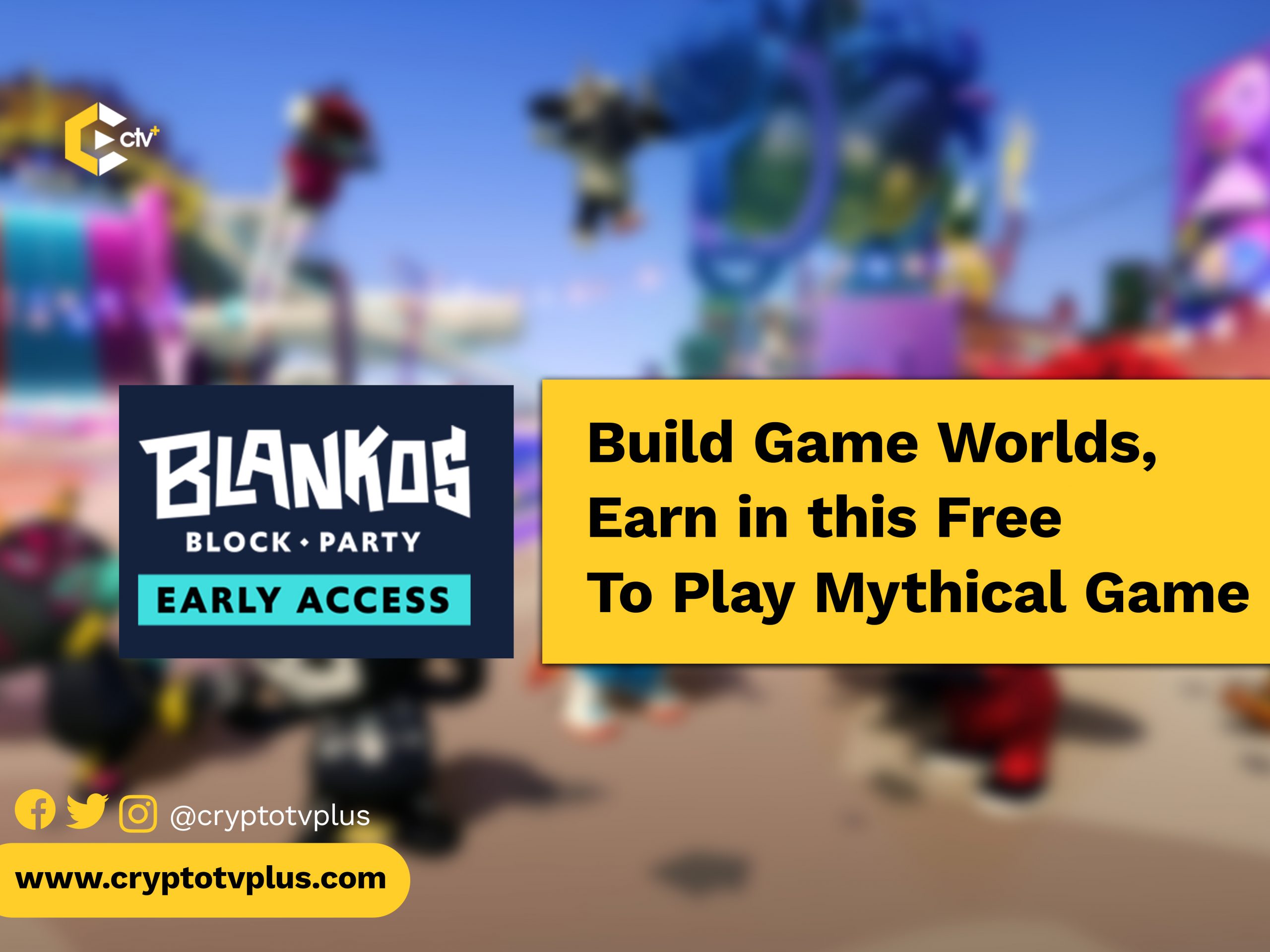 Blankos block party is a high-spirited multiplayer online game in which gamers create their own content game. It is created to look like a real block party, focusing on custom art, design, and collecting unique blankos. It’s a play-to-earn game that rewards its users with free NFTs for progressing in the game.

Blankos block party is a free-to-play game where players can build game worlds with no coding skills required, and also collect, customize or sell NFTs of characters and objects created by developers and major brands.

It was Co-Founded by John Linden and Rudy Koch and developed by Mythical Games, a Venture-backed next-generation game technology company at the intersection of video games and economics led by industry veterans and it is located in Los Angeles.

Blankos Block Party and the Mythical Marketplace are built on a private EOSIO blockchain using a Proof of Authority model that is more eco-friendly and sustainable than the Proof of Work (POW) model.

Blankos are funny and vinyl digital toys brought back to life inhabiting the Junction, and their world. Each blanko is a digital asset standing as NFT that lives on the blockchain. When you own your blanko, you forever own them, and not even the creator can take them from you. Your blanko is your NFT.

Being able to collect  figures in games is good, but what is the actual gameplay of Blankos Block Party?

Mini-games! Not only will you be able to take your Blanko into battle in foot races, tag, shooters, and collection races through stages created by the team at Mythical, but you will have full access to a powerful but easy to use and creation system to upload your stages.

You’ll be able to control the number of players in a given game, decide which accessories are allowed to be used, and so much more. In essence, you get to create your content game.

Block Party at the Junction

The hub world in the game is called The Junction. It is a wide, colorful space with plenty of things to explore. The Junction provides a public space for players to shop, complete mini-games, get a handle on mechanics, and generally have fun together.

not only the gameplay mechanics and general content of the hub world but certain Blankos will only be featured in specific seasons.

This means if you purchase a Blanko during season 1 and play until season 7, you probably won’t see that same Blanko appear in shops and it would have increased in value and ownership would have been changed.

Mythical games  has made it clear that any blanko

your own is truly yours to keep. Your blanko will come with a digital certificate of ownership that stays with the character no matter where it goes. While blankos will be purchased with real-world currency using your credit cards, you will not be buying them at random; you will pick exactly which Blankos you wish to purchase and players will be able to trade Blankos with one another.

As earlier mentioned, a blanko can also be regarded as an NFT which can be used to play games in the block such as;

How To Earn From Blanko Block Party

Factors that can impact the price of  Blankos in the marketplace

NOTE: For now, Blankos is only available as a desktop PC client directly downloadable from their website.

Blankos is a free-to-play game so you get to have all the fun you can get. It is at your oisposal to decide if to look further to the earning part. Its features look cool and promising, we’re just gonna keep arms crossed to see how it all plays out.