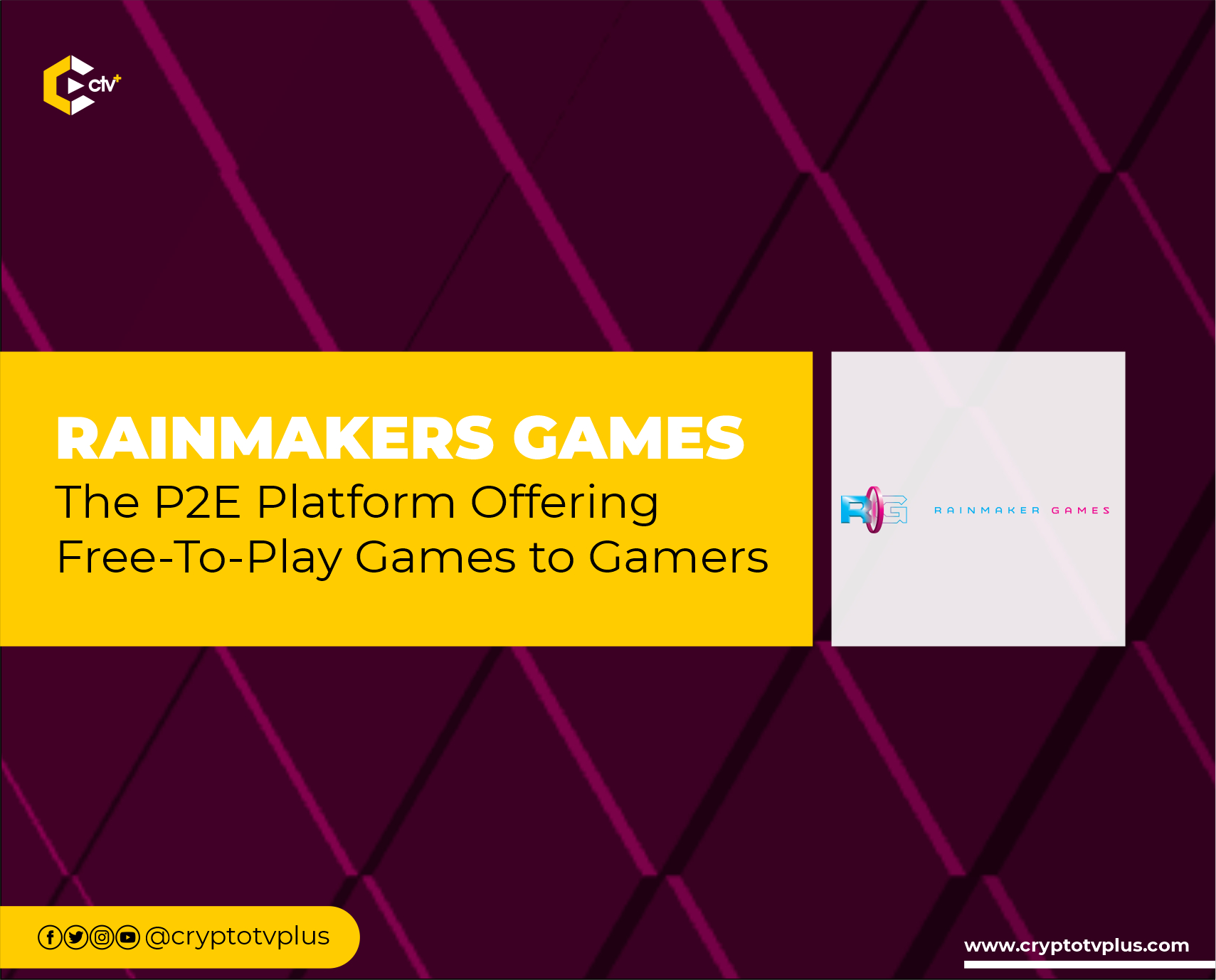 Rainmaker Games is a platform of multiple Play-to-Earn games allowing users to earn while they play games. The industry of this breed of games grew massively after the pandemic shutdown of COVID-19. The negative economic effects of the shutdown made a lot of people around the world adopt P2E.

However, most of the games created didn’t give equal access to users as well as a unifying platform that connects the gaming community. Another challenge was the absence of a structure that could train gamers fast and onboard than to begin playing and making money. Rainmakers Games became an answer to some of these challenges from earlier P2E games.

What is Rainmakers Games?

Rainmaker Games is a free global platform of Play-to-Earn games that is targeted at all manner of gamers to access games freely, play them and make money by playing. It also serves as a place that connects gamers, games, and guilds worldwide.

The project started in 2021 with a group of gamers who wanted to create gaming solutions for the gaming world. They were able to attract more than 1200 players with 21,000 on discord making over $700k in monthly revenue thus need to make it bigger is driving the project.

How Does Rainmakers Games Work

First, there are three tiers of gameplay in Rainmakers Games. The first is free to play where players come in and play without NFTs. This permits anyone to play the game without excuses of not being able to buy in-game utilities in the form of NFTs.

“Gamers can play hundreds of P2E games for free – all in one platform. They’ll get access to different games based on their play level, and can level up as they go,” says the Whitepaper. “We’ll use the data to drive a flawless, personalized user interface that’s tailored to their interest, skill level, location, and language.”

The second stage is the mid-level where players must buy NFTs from the marketplace using the native token of Rainmakers Games. At the third level are players who become Guild Verified. They are not just players but act as insiders who join Rainmaker Games to have access to high-value NFTs that are useful in certain ‘play-to-earn’ style games.

In the marketplace, players can sell, buy, rent and loan out their NFTs and make money with them. The structure integrated payment systems like Mastercard, the Crypto Account, and the secure Crypto Wallet.

These three categories of people can gain from this project: Gamers who join to play as many games as possible and can swap their tokens for other tokens as they wish; Game developers can launch games in the ecosystem to leverage the already existing community and gain access to guild verified players. For investors, as they hold and participate in the platform, they earn as well.

Every crypto gaming platform uses one form of currency exchange that brings the P2E ability to the project. In Rainmakers Games, the $RAIN token is the native currency that drives the entire ecosystem.

This token was created to aid secured and decentralized in-game exchange between gamers removing the need for third-party involvement. So gamers can “earn $RAIN while they play and use the platform, unlocking access to games, exclusive drops, and community involvement with Rainmaker Games,” according to the team.

$RAIN was planned to be released as an ERC-20 token which will be deployed on Binance Smart Chain after a while with a total supply of 1,000,000,000 (1 billion) $RAIN. With the $RAIN tokens, players in the ecosystem can buy utilities as well as participate in the governance of the project. 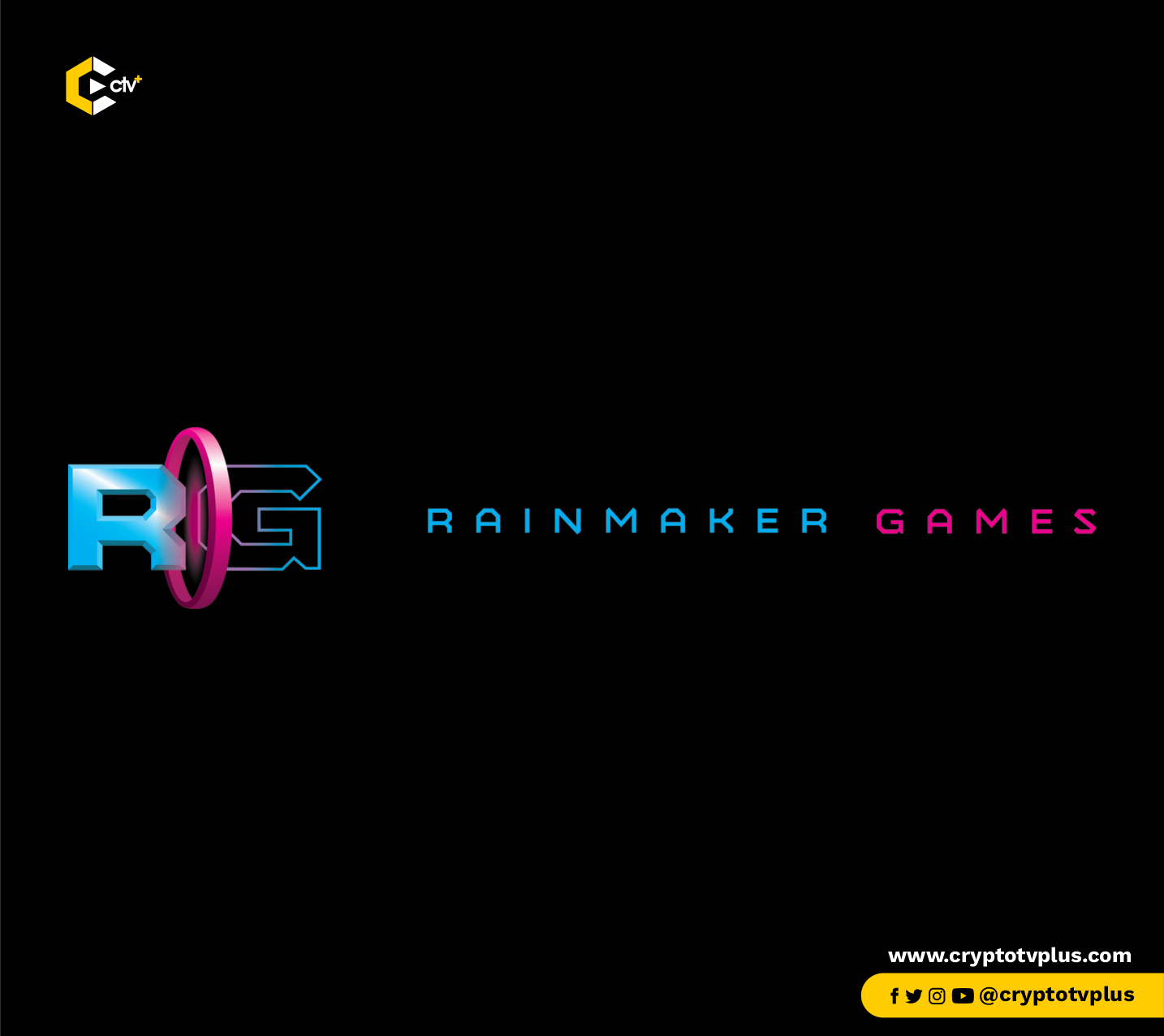 Like every other P2E game, Rainmakers Games is developed in a highly competitive industry. Apart from the fact that there are already established names like Axie Infinity, DeFi Kingdom, and DeFi Land, many games are being designed and released every other day. For a project to succeed, there must be a differentiation toward serving the gaming community.

Rainmakers Games started in 2021 and did their token generation in December of the same year. January 2022 was planned for the Beta Game launch, and the introduction of the guild verification layer, game personalisation, and in-game NFT marketplace.

Q2 2022 will highlight the upgrade of the game to the Beta Verizon with the introduction of 10 games, game reviews, the release of platform rewards (like AirDrops), and daily challenges amongst other steps.

For Q3, Rainmakers Games plans to have an expansion program for the platform and improvement functionalities. While Q4 will be focused on the full launch of Rainmakers Games with a guild verification process and more expansion. You can join the waitlist for the game here.

Team and Partners Behind Rainmakers Games

Sitting on the position as founder and CEO of this team that raised a $6.5M seed round and a +$20M public round on copper launch is Will Deane. He’s an entrepreneur that has started and exited two companies: Unstoppable and Servc.

On the aspect of starting and launching, Will is a champion and now the graduate of Delaware University is focused on empowering gamers and game lovers around the world to earn with games.

Victor Tan, the Chief of Game Growth for Rainmakers Games, is also the founder and CEO of MYEX and GZ Technologies Consultancy which services the Asian market. He has been in the Tech world and is an ardent gamer who joined the crypto world in 2013. For now, the ex-banker is focused on making Rainmakers Games better.

Jonathan Kennell, was the Co-founder and CEO of Reschedge before joining forces as a Co-Founder at Rainmakers. He has worked as the SVP of Product Management at Yext, a global leader in local listing and review management, Google as Software Engineer, and HireVue as Director of Product Management.

Jonathan is a Bachelor’s and Master’s Degree holder in Electrical Engineering and Computer Science from the Massachusetts Institute of Technology.

The Chief Creative Officer of Rainmakers Games is Joe Brottman, who has in-depth experience in branding and design. He is also the founder and creative director of brottman. co, a user-focused brand, and design agency with Coca-Cola, Visa, Wayfair, Grubhub, Oracle, and Nugg Club as clients.

James Iver Morris, the Head of Content of the brand, is part of the visionaries behind Rainmakers Games. On the list of brands he has worked on are ABC, Six Flags, The American Music Awards, Dick Clark Productions, and others. The graduate of Austin Community College ok Photography and Filming has vast experience in camera operation, Adobe Photoshop, and painting.

Rainmakers Games are making P2E accessible to anyone around the world with or without the means to start with paid utilities. The functionalities and community are also an advantage to the entire gaming ecosystem to support other gaming projects.

Related Topics:$RAINP2ERainmakers Games
Up Next

Top VCs Investing in the Metaverse