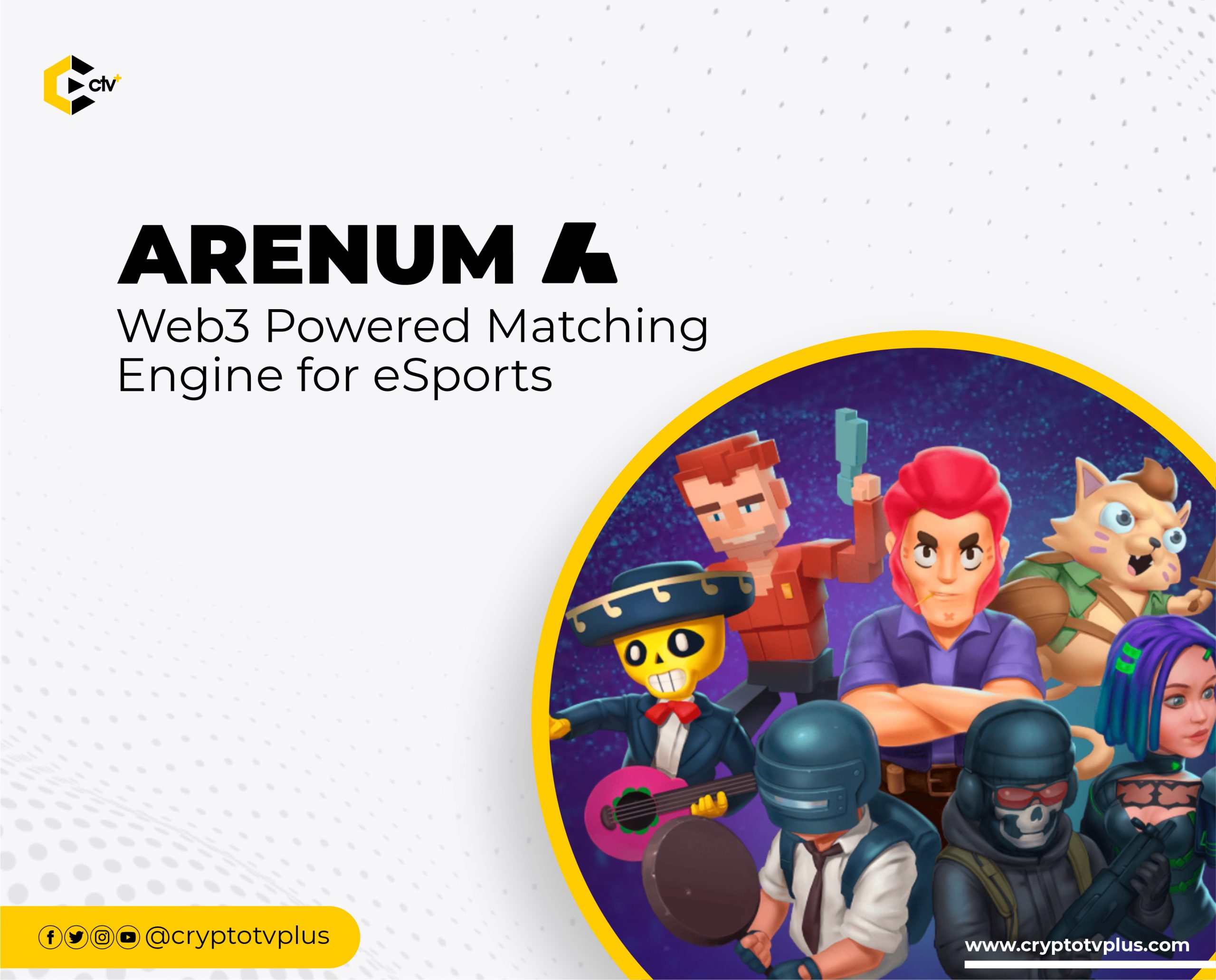 Gaming as part of modern-day digital evolution has had massive adoption with over 80 billion downloads in 2020. This massive growth and need for more gamers engagement have attracted the cryptocurrency industry and the innovative application of Blockchain technology.

The confluence of these two industries has super surged the gaming industry and allowed the integration of the metaverse and NFT to drive a system where gamers are rewarded as they play while having creative freedom and ownership.

The evolution of web organization and design which started with web1.0 to web2.0 is gradually transitioning into an era of web3.0. This evolution does not necessarily depict a change like the web but communicates the interaction module of the web at each time.

Web 1.0 and 2.0 have more content consumers than creators, web3.0 is stepping into the scene to change the narrative by providing a decentralized platform where users have creative freedom.

Introducing Arenum, a web3.0 Solana-powered engine for eSports, crypto, and casual games where players and developers are availed of engaging game features that get them glued and a reward system for their time.

Arenum is autonomous and seamless, it deploys these features in the integration of games into the ecosystem through the developer SDK (Software Development Kit) tool.

To better user experience, the network brings together internal publishing services and the service of play-to-earn tournament engines into the metaverse of its ecosystem. The collection of games on the Arenum metaverse game roster is a combination of NFT collections, battles, and play-to-earn mechanics.

What Does Arenum Aim at?

Arenum aims at empowering developers, gamers, and influencers through the addition of an eSports layer to the games integrated into its network and by leveraging the player vs player (PvP) tournaments to further incentivize players and give users a decentralized interaction with other users in the ecosystem.

In addition to PvP as a service, both synchronous and asynchronous PvP tournaments can be easily deployed utilizing the platforms’ state-of-the-art connectivity which will be part of its tournaments engine.

The Arenum platform is an open creative network. Players have the freedom to start up a league of legends tournament and operate it at their discretion. When players compete against each other they increase their earning radar, then unlock new rare NFTs in their game economy. This is to give control and game power back to the players.

Arenum and How it Works

For Sponsors and Influencers: game Sponsorship is welcomed in the Arenum ecosystem. Sponsors find the game of their interest by inputting the tournament into the Arenum engine then accessing the game if available.

For Players: games and tournaments to participate in is made open for players to choose from. The outcome is a bid in the betting marketplace. The Arenum market caters also to users who place a bet on tournaments. Players can take a position for a tournament for a win or lose.

The reward for participation in the Arenum metagame is NFTs.

Casual and crypto gamers Arenum model: For casual gamers, participating in tournaments could be done from their mobile phones, where they farm, breed, and buy tokens to sell on the Arenum marketplace. Crypto gamers go all in for the Arenum token by collecting rare tokens, building powerful armies, and matching up against each other in battles.

What goes into setting up a tournament on the Arenum metaverse?

An Overview Of Genesis World Metaverse

How does Arenum engage its players?

The project plans on retaining players on their platform and giving them a comeback or long-term engagement by providing a cross-game exposure where players get directed to new games on the platform. The plan also covers the addition of a meta-layer alongside the games on the platform which include referral programs, leagues, multiplayer, and tournaments.

For Developers, the platform provides its open-source toolbox and tournament engine to host mobile games. Arenum eases developers from the aftermath of developing a game by lending the platform support and solving the problem of marketing and gamers retention.

The Arenum multiplayer SDK engine allows developers to roll out stand-alone game products that attract the likes of influencers and engage players.

Staking Arenum token is in a tier system from tier 4 to Tier God. Each tier has a requirement to confirm eligibility, for Tier IV, it is free and requires no amount to access. Tier III; Noobs, has a 20 token stake requirement to participate while the next level, the pros which are Tier II requires 80 tokens stake to be eligible.

Players should note, participation on the platform generally is not dependent on a user stake. This means that players do not need to stake to gain access to the platform, not regarding their stake level in the tier system.