What are the myths of designing a CBDCs? MIT Director shares thoughts
Advertisement 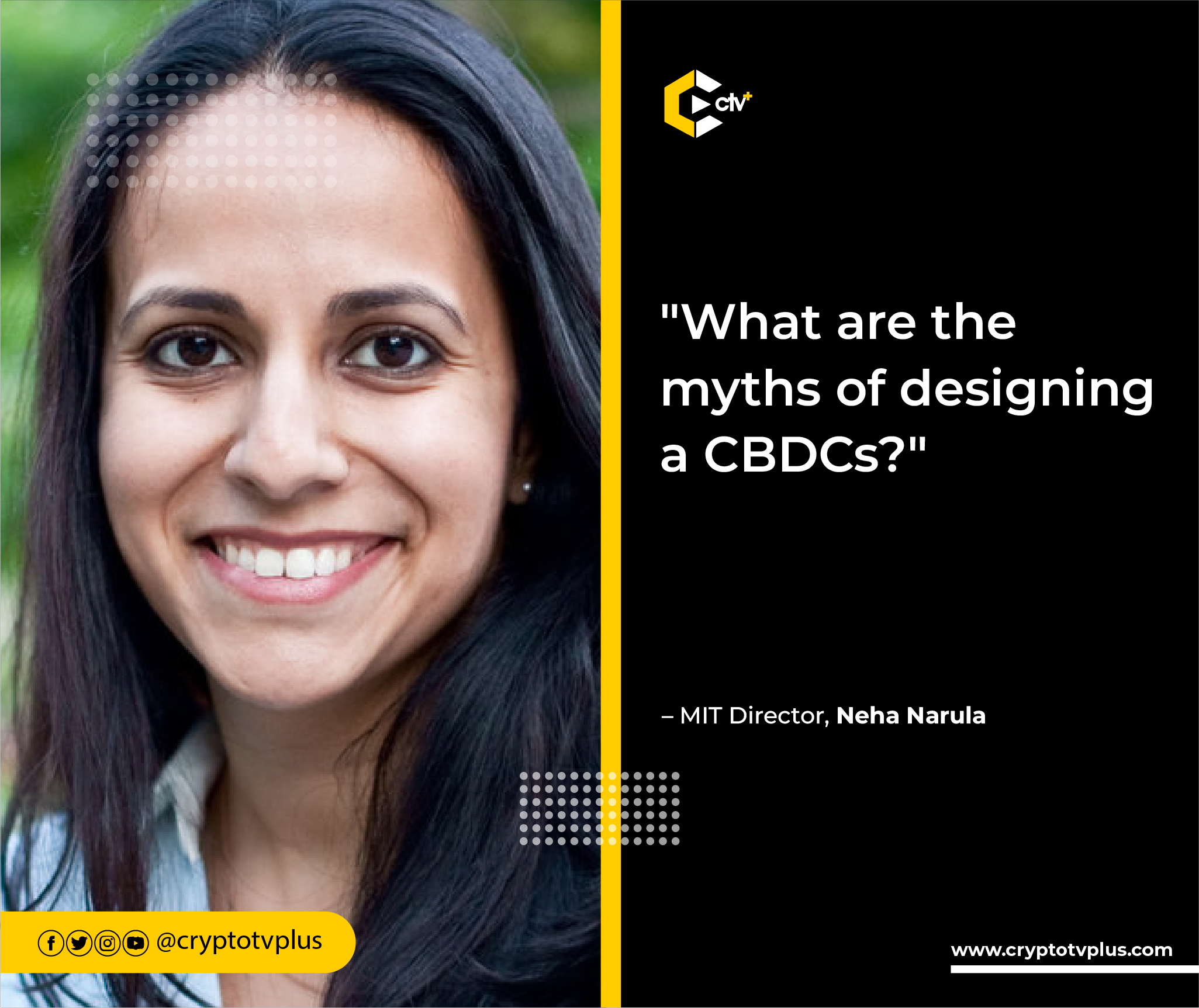 The explosion of blockchain and cryptocurrency technologies and products took the industry to global limelight in the 2021 financial year and since then, the conversation around CBDCs has become a serious topic amongst nations’ central banks and regulators with some nations already working on releasing theirs.

Unlike decentralized cryptocurrencies such as Bitcoin which are without government intervention, CBDCs require input and control, however, there are some misconceptions about what CBDCs are and what they entail.

Speaking to the audience at Davos 2023, the Director of Digital Currency Initiatives at MIT, Neha Narula spoke about these misconceptions of Central Bankers.

CBDCs will act as surveillance tools

Neha Narula believes that the belief that CBDCs will act as surveillance tools is false. CBDCs don’t have to be designed for the purpose of spying and observing the activities of users by central banks.

Therefore, it’s possible to release CBDCs that give issuers or operators – central banks – zero access to know the transactions and activities holders are engaged in.

As a researcher working on CBDCs, she further noted that with the current technology available, privacy can be built into CBDCs to protect users in a similar manner that users interact with cash.

Cash is inherently designed to seamlessly preserve the privacy of users and that’s why users can carry anywhere without the knowledge of the issuers.

As a person who is part of a global initiative that is researching digital currencies, Neha said that it is possible to have CBDCs that function with or without the internet. This is very important because there are areas around that lack efficient internet connections. Having a CBDCs that operate offline is possible and will be very useful for rural areas as well.

In addition to the myths mentioned, she said that a discussion around who hosts the CBDCs used in nations is of utmost importance. Custody and access are key aspects of CBDCs that must be interrogated if the world wants to have a different and more efficient payment system than what is available today.