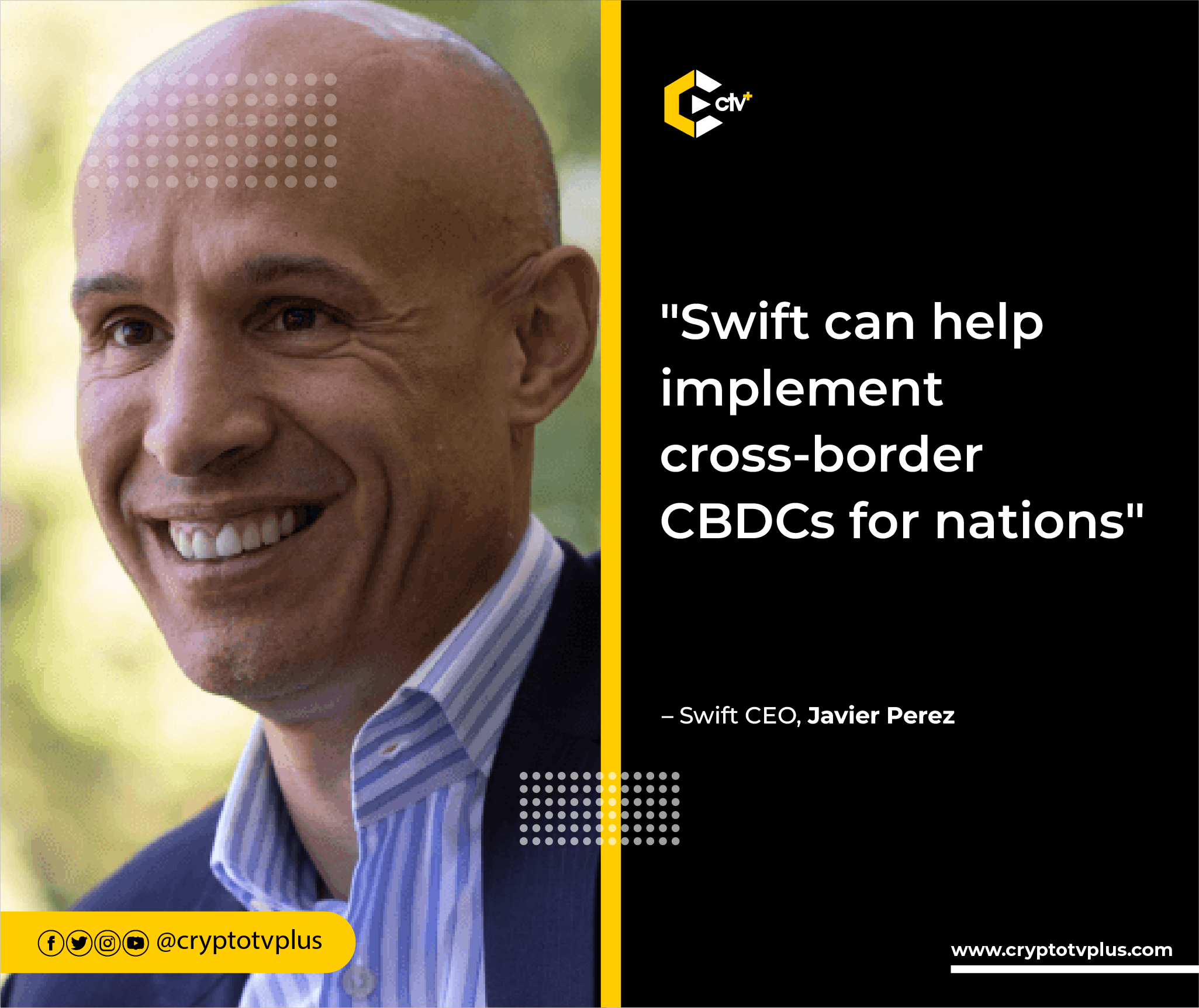 The digitalization of payment has helped to ease the transfer of value or money from one point to another globally. Beaming down to this industry is the Swift platform, which stands out as one of the largest infrastructures facilitating payments around the world.

As of October 2022, the multinational company has 11,000 member institutions, which includes Central Banks, it works with around the world and enables $150 trillion in transactions per year.

In view of recentlatest development that will see the change of financial systems, especially with the application of Central Bank Digital Currencies around the world, Swift believes it has a stake in helping to redefine global payments.

The CEO of Swift, Javier Perez Tasso, speaking at WEF said the company  wants to be a part of making the development, integration, and implementation of CBDCs and cross-border CBDCs a success

According to the Chief Executive, Swift is ready to help bridge CBDCs of any country with that of other countries as well as other payment systems that are built on the blockchain. Therefore, connecting with Swift will make the scaling of CBDCs, launched by a particular nation to other parts of the world, seamless.

Citing its partnership with BIS (Bank of International Settlement), the CEO of Swift noted that they have created a more transparent and after payment system for its users. To build a robust and inclusive financial infrastructure there is need for collaboration and for projects like CBDCs that will require bridging, partnership is needed.

He also highlighted that more than half of payments made through the Swift platform, which has four billion accounts, settles within five minutes.

With the huge infrastructure built over the years by the Swift company, institutional clients can leverage it to connect with the recent innovative tools created to transform the world. This new world is in line with near instant settlement vision heralded by the G20, Javier added.