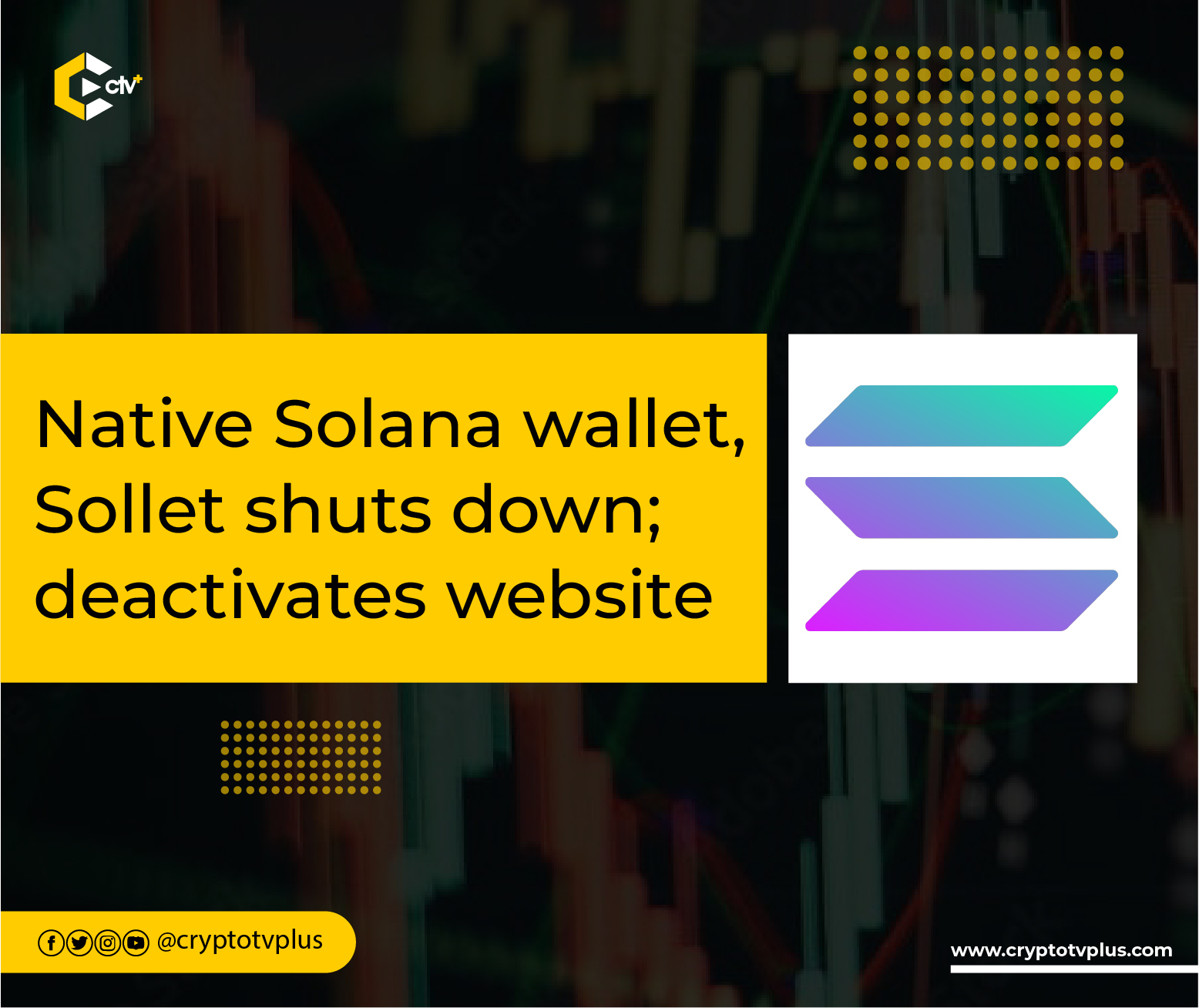 Solana wallet Sollet.io has shut down activities, leaving users with a flurry of emotions. @DeFiYieldSec reported the development on its Twitter, revealing that tweets on Sollet’s Twitter have all been deleted.

An attempt to access Sollet’s website earlier today resulted in an error display on the page. Before shutting down, Sollet was one of the leading crypto wallets on the Solana blockchain, which allowed users to store a variety of assets native to the network. However, it offered only a web version, unlike the Phantom wallet.

While the Sollet team is yet to give any reason behind the latest development, users have been told on Crypto Twitter not to panic as they can still access their assets despite the website being unresponsive using their seed phrases. They can import their seed phrases into supported Solana wallets, such as Phantom, Slope, and Solflare. On the other hand, users who fail to save their Sollet seed phrases will evidently lose their assets.

One Twitter user, @Branche_SC, claimed that Sollet had been announcing its decommission for months, though no reason was stated for this. Its deactivation earlier today lends credence to the announcement.

Meanwhile, last week, Phantom wallet announced efforts to support other networks aside from Solana. It confirmed via a Twitter thread that this would allow users to store Ethereum and Polygon-based NFTs on the wallet and view them on a single page without switching. In addition, they released a waitlist for users to beta test the upcoming feature.