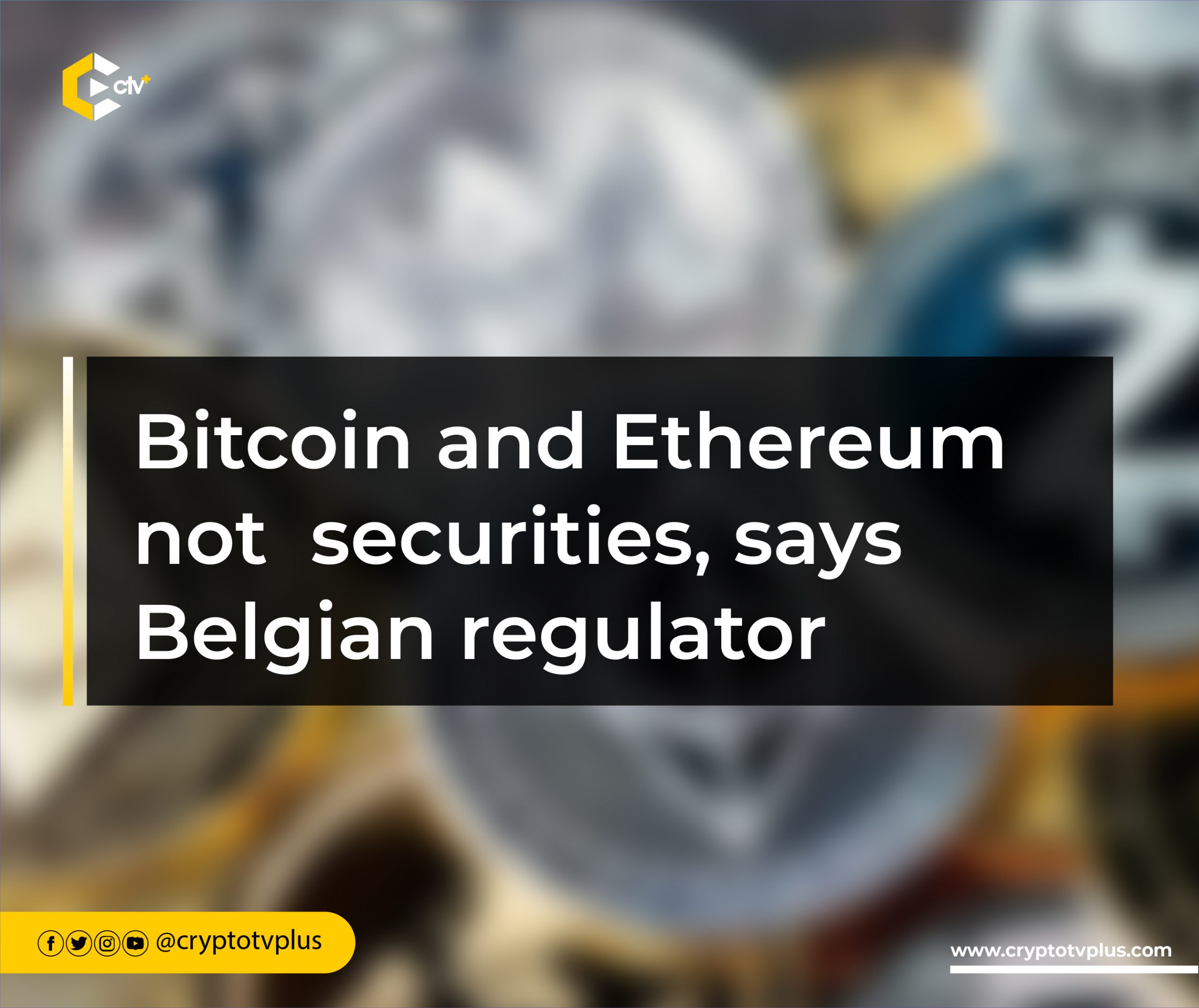 Belgian Financial Services and Markets Authority (FSMA) have declared cryptocurrencies without issuers as non-securities. However, while several regulators globally still need to define the asset class, only a few have succeeded.

The FSMA noted that it had received a lot of inquiries concerning its regulatory stance on cryptocurrencies. Thus, its declaration is an attempt to address rising doubts, especially those related to whether or not cryptocurrencies are securities. In addition, the FSMA has also mentioned that it is technologically neutral toward Bitcoin. It added that whether an asset uses a blockchain or a more conventional method, it shouldn’t preclude its classification as a financial instrument or security.

The regulations stated that transferable instruments with an issuer are likely to be considered securities, according to how they were outlined in a July consultation. This implies that they must adhere to EU law known as MiFID (Markets in Financial Instruments Directive), which requires financiers to be transparent. Furthermore, they must create an honest prospectus of information for possible investors to avoid conflicts of interest. However, since Bitcoin (BTC) doesn’t have an issuer, it doesn’t count.

Moreover, the guidance provides that even if certain regulations do not apply, crypto firms are obligated to follow anti-money laundering measures regardless. For example, in 2014, Belgium passed a law that made it illegal for professionals to offer crypto-based financial products to retail customers.

Meanwhile, regulators in other climes have been unable to define a clear path for Bitcoin and other cryptocurrencies. In the US, the SEC is currently enmeshed in a similar matter with Ripple Labs, the company behind XRP, since December 2020. However, tax reporting laws bind cryptocurrency investors in the region. In Nigeria, the SEC has classified cryptocurrencies issued by individuals or firms as securities unless proven otherwise, and the burden of proof lies with the promoter or creator.

Related Topics:BitcoincryptocurrencyethereumRegulationSecuritiesSecurities and Exchange Commission
Up Next