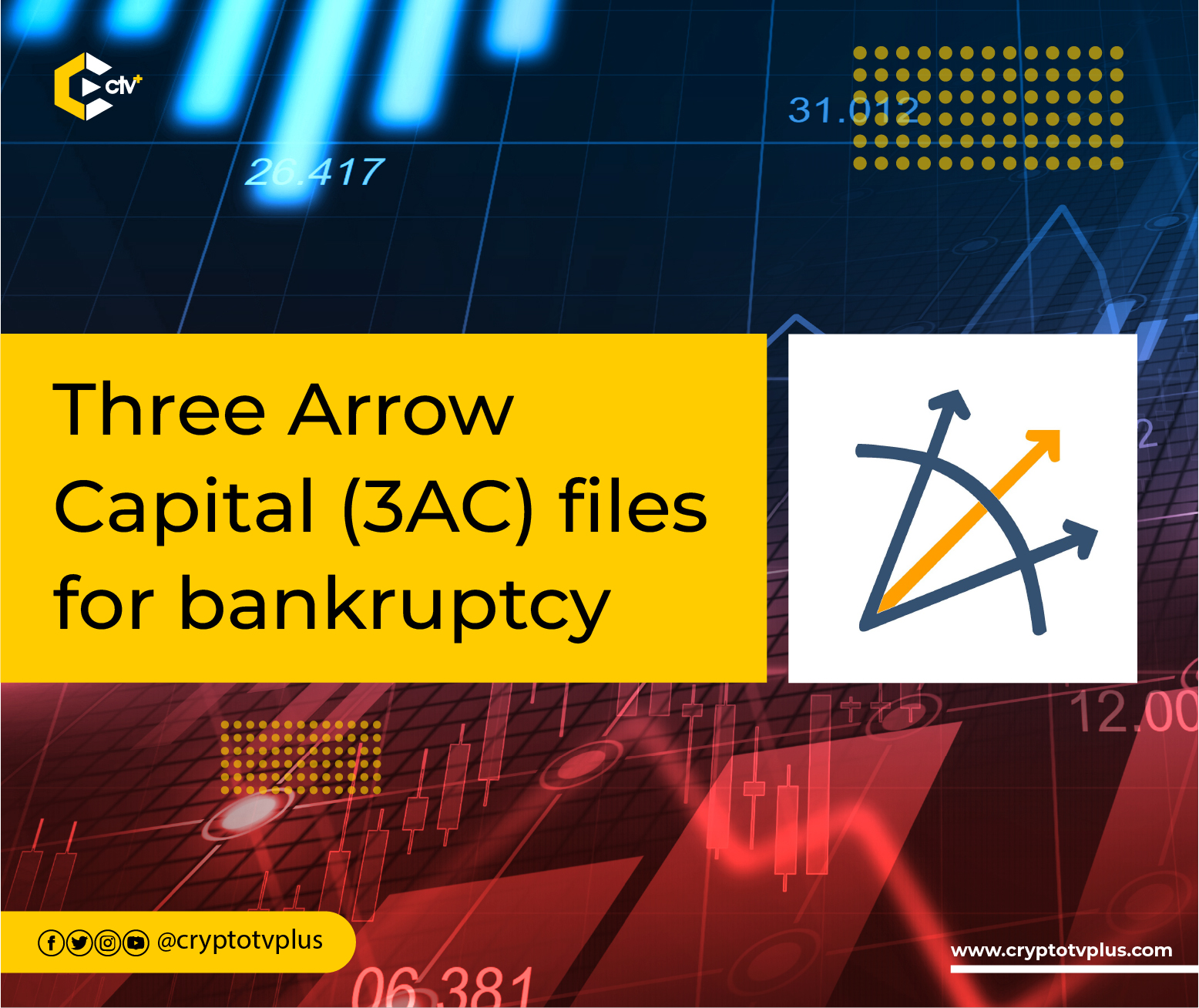 The troubled crypto hedge fund, Three Arrows Capital, has signed for  Chapter 15 bankruptcy in New York. A Chapter 15 Bankruptcy is usually filed to protect the debtor’s assets. The firm Latham & Watkins will be legally representing the bankrupt hedge fund. The filing for bankruptcy signals the end of one of the biggest names in the crypto space, which managed as much as $10 billion in assets as recently as March.

Experts said the descent into bankruptcy by 3AC was slow but expected. Speculations regarding 3AC’s rumored insolvency began spreading when the firm transferred assets to deposit funds on DeFi platforms in order to reduce liquidity risk. Their woes were much worsened by the crash of the algorithmic stablecoin  LUNA.  This was after 3AC had invested over $200 million in the stablecoin in February.

As if that were not enough, the crypto trading platform 8 BlocksCapital had accused 3AC of skimming $1 million to liquidate margin trading. Also, 3AC has been reported to be owing over $6 million to crypto exchange BitMEX.

The filing for bankruptcy may have become even more necessary when on Wednesday, a court in the British Virgin Islands ordered the liquidation of 3AC, after the firm suffered major losses in the recent market turmoil.

Three Arrows Capital and its Chapter 15 bankruptcy filing set the spotlight on  Celsius Network as it is currently battling insolvency cases with regulators and has since suspended withdrawals.  Celsius Network has onboard advisors to help with the bankruptcy crisis and is expected to file for insolvency soon.

Related Topics:Thjree Arrows Capital
Up Next

Lazerpay commences the downsizing of employees