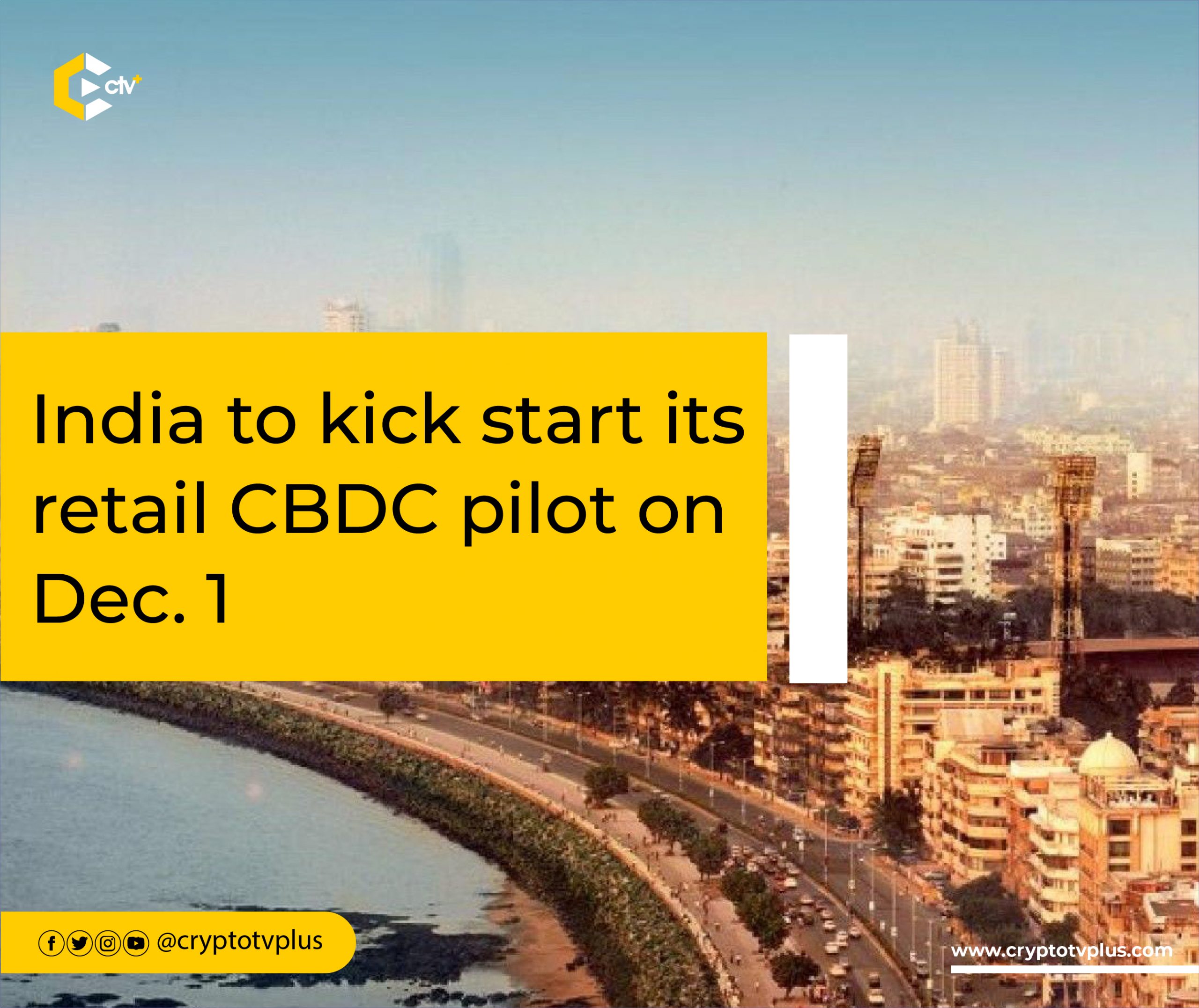 The Central Bank of India (CBI) on Tuesday announced the launch date for the first pilot of the country’s retail Central Bank Digital Currency [CBDC] to be on December 1st, 2022. According to the RBI, India’s CBDC, otherwise called Digital Rupee, will be in the form of a digital token and used as legal tender.

Banks and other intermediaries alike will be charged with the distribution of the Digital Rupee. Users will be able to transact using a digital wallet offered by the banks participating in the exercise.

User transactions will be in two categories, Person to Person (P2P) and Person to Merchant (P2M); payments involving P2M can be made using QR codes available at merchant locations.

The retail CBDC pilot will test the robustness of the digital rupee creation process, from distribution to retail usage, in real-time. Based on the observations from the pilot, future pilots will encompass different features, use cases of the e₹-R token, and its architecture, the RBI’s statement said.

e₹-R is the digital rupee that would represent the legal tender and will have the features of physical currency like trust, safety and payment settlement.

Following the announcement, RBI will start testing its digital rupee in 4 Indian cities, Mumbai, New Delhi, Bengaluru, and Bhubaneswar. The test in these cities will be in collaboration with four banks, namely the State Bank of India, ICICI Bank, Yes Bank, and IDFC First Bank.

The CBDC will be issued in the same denomination used for the Indian notes, and the testing process will be carried out with a selected group of customers and merchants.

Prior to now, the India government has announced pilot testing was in October, and India’s finance minister, Nirmala Sitharaman, while presenting the 2022 federal budget in February, mentioned that “the RBI will issue a CBDC in this financial year.”