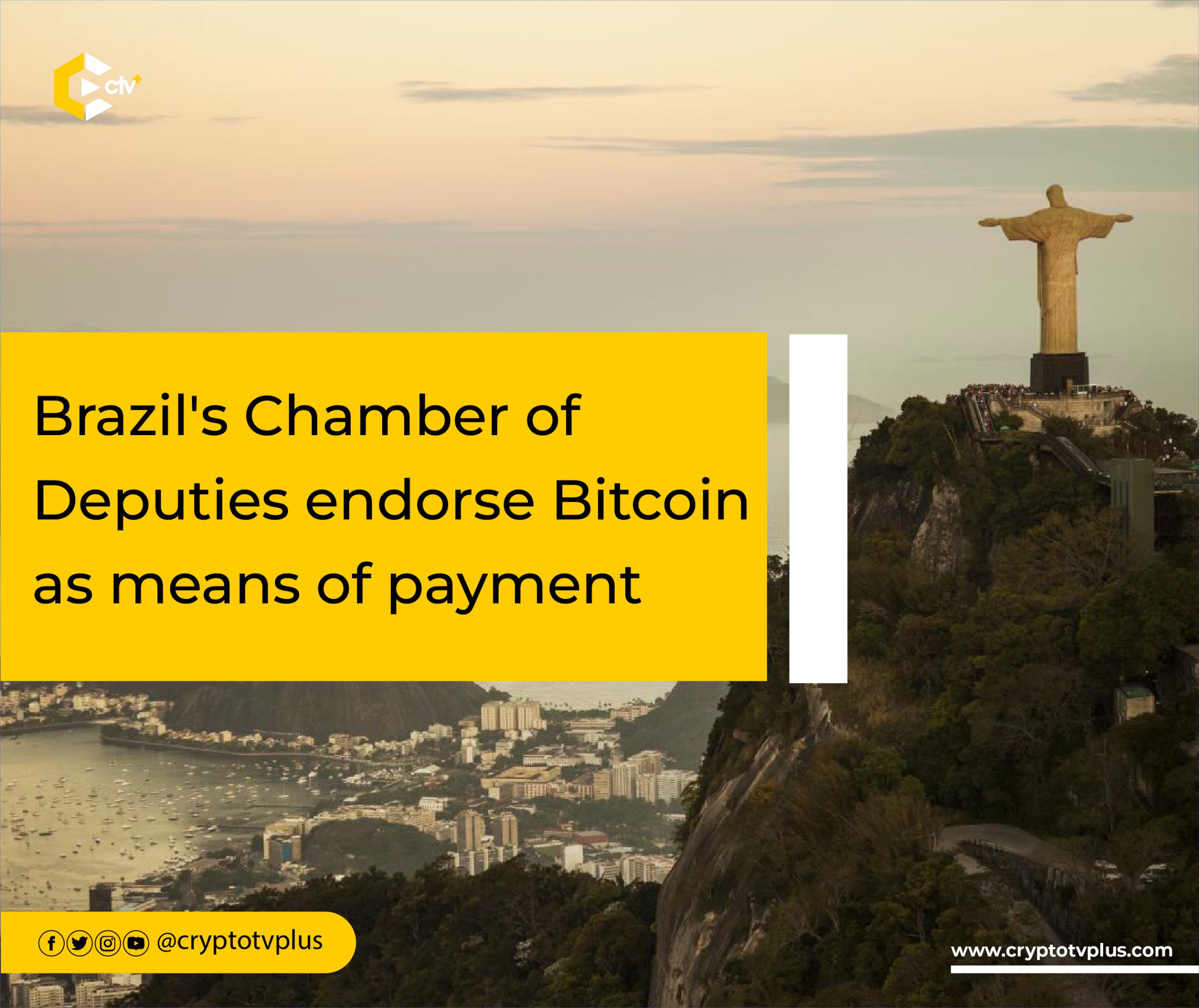 Brazil has taken a step into the crypto-verse with its move to regulate Bitcoin and accept it as means of payment. Brazil’s Chamber of Deputies on Tuesday approved the basic text of Bill 4401/21. The Bill would regulate Brazil’s cryptocurrency sector and has been furthered for presidential sanction. Despite the bill previously obtaining a green light from the Senate in April, the Brazil Chamber of Deputies remained low on it till this time.

Before the bill is pushed into law, it would have to go through the seat of President Jair Bolsonaro, whose term ends December 31st, 2022, and with his signature, it becomes a law. Following the approval, if obtained, Bitcoin and cryptocurrencies will be regarded as an asset with a payment value in Brazil.

Companies will have 180 days to fit into the new rules, as determined by the text, and only then will the law be enforced.

Per Bitcoin regulation, the Bill authored by Deputy Aureo Ribeiro established a new crime of embezzlement with a focus on virtual assets. The penalty for faulting is between 2 and 6 years, including a fine. The bill also stipulates a license for a “virtual service provider,” which should be obtained by exchanges and other crypto trading companies.

Crypto assets that are considered securities will be categorized under the Securities and Exchange Commission (CVM). In contrast, other assets will be grouped under bodies that the Executive Branch will appoint, the announcement read. The would-be-appointed bodies are expected to include the Central Bank of Brazil.

The Brazilian SEC and the Federal Tax Authority would reportedly give opinions on legislation formulation by the central government.

Brazil’s crypto activity over the last two years has increased extensively. It increased from 4.9% to 7.8%  (2020-2021). With the expanding crypto space in the country, a regulatory structure, as suggested by the bill, is required for users’ safe operations and their convenience.

Related Topics:BitcoinBrazilBrazil chamber of deputies
Up Next