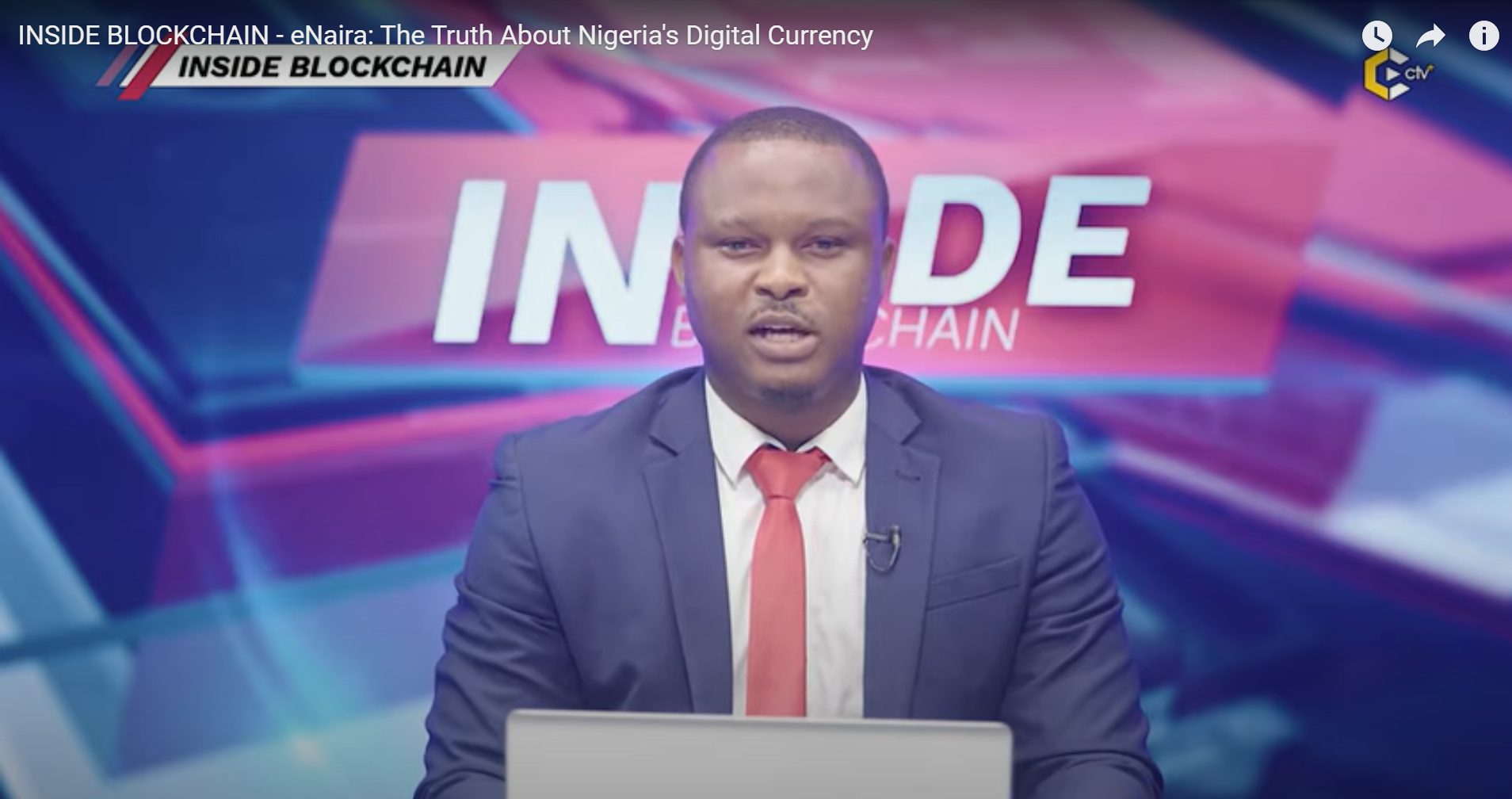 In this session of the Inside Blockchain Show on the 1st of November 2021, we  focus on Nigeria’s Digital Currency,  eNaira, as we explore its impact on the Nigerian economy, how it will ensure swift financial inclusion for the ‘unbanked’ as well as how it will foster sufficient adoption and usage.

On Monday 25th of October 2021, President Muhammadu Buhari, under the aegis & auspices of the Central Bank of Nigeria, launched the first Nigerian digital currency, eNaira. This came after the CBN Governor postponed the launch of the eNaira on the 1st of October, citing key activities lined up for the country’s 61st Independence Anniversary.

Senator Ihenyen, President, Stakeholders in Blockchain Association of Nigeria (SiBAN), was on the show to share some insights on the eNaira and its workings.

In his response when asked on his opinion about the eNaira, Senator said

The eNaira wallet is funded by transferring fiat money from the regular e-banking apps and will have the same value as the Naira.

With the unveiling of the eNaira, Nigeria becomes the first African country to launch a CBDC with the rollout of two (2) applications; The eNaira Speed Wallet & eNaira Merchant Wallet.

Both applications can be downloaded from the Play Store and Apple Store.

What do you think of this video? Share your comments below…