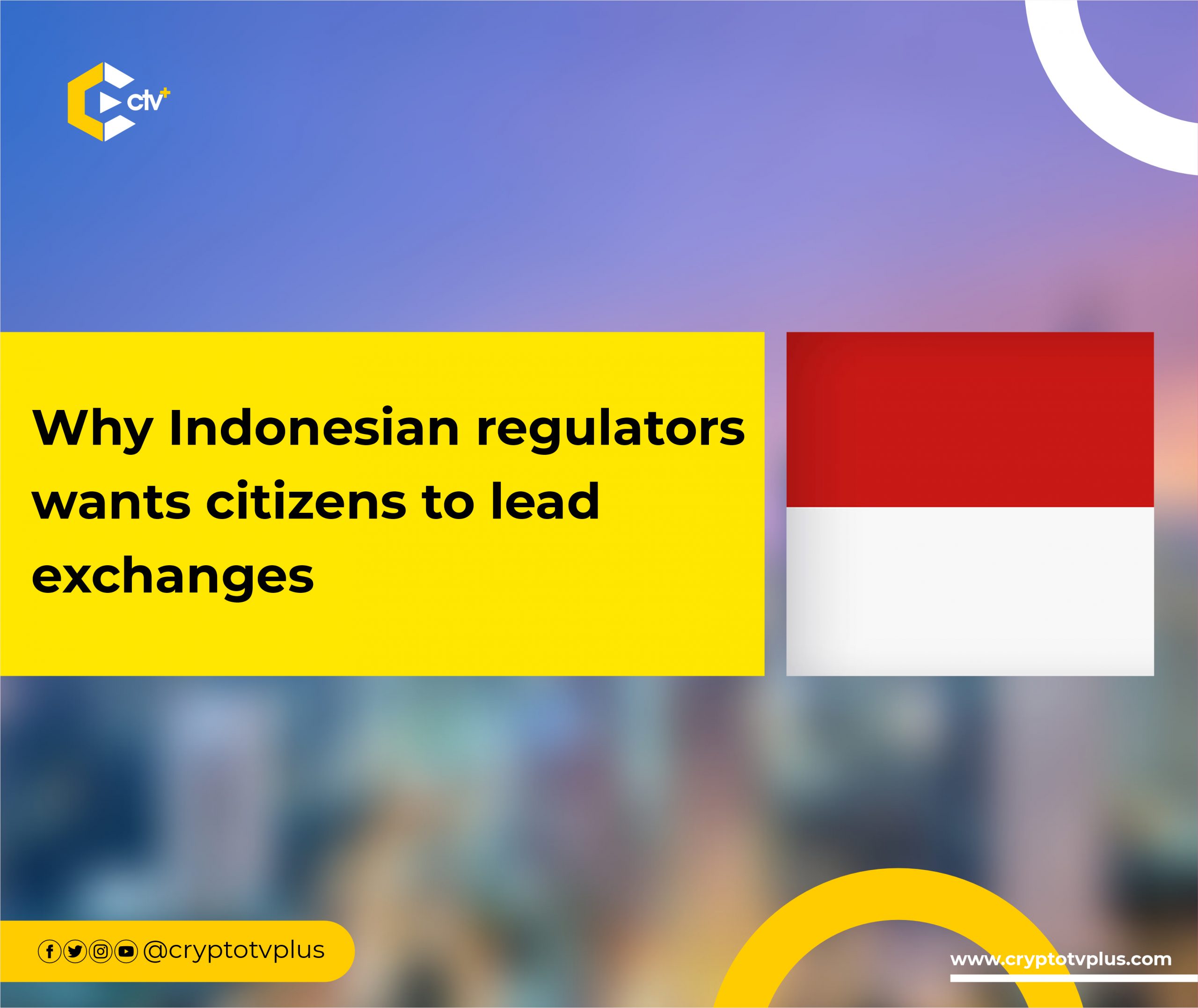 Indonesia will require domestic cryptocurrency exchanges to be mostly led by citizens of the nation. Officials from the trade ministry and commodity futures trading regulatory agency said on Tuesday that at least more than half of the directors and commissioners should be Indonesians residing in the country, at a parliamentary hearing in Jakarta.

Jerry Sambuaga, deputy minister of Indonesia’s Ministry of Trade, has proposed that the leadership of the nation’s cryptocurrency exchanges be more of its citizens.

In reaction to the “interesting year for the growth of physical trading of crypto assets” in the nation, Sambuaga submitted a letter that included Indonesian regulatory officials and suggested several policy reforms. Two-thirds of the directors and commissioners of crypto firms must be “Indonesian citizens and domiciled in Indonesia,” according to one of the proposed regulations.

In a report published by Bloomberg on Wednesday, the legal dispute involving Terra co-founder Do Kwon may have impacted the planned modifications to the nation’s cryptocurrency laws. Although South Korean authorities issued a warrant to arrest him, Interpol reportedly placed Kwon on its Red Notice list. Do Kwon departed the country for Singapore in April, and his present whereabouts are unknown at the time of writing.

Didid Noordiatmoko, the interim head of Indonesia’s Commodity Futures Trading Regulatory Agency, added that the restriction was intended to prevent executives at cryptocurrency firms “from fleeing the country if any difficulty occurs.” Sambuaga also suggested that crypto companies have a minimum capital requirement of 100 billion rupiah or about $6.7 million at publication and that user funds be kept in third-party banking firms or futures clearing houses. These proposals are in addition to the citizen rule.

According to Sambuaga, out of Indonesia’s population of about 275 million, 11 million made cryptocurrency investments in 2021. In a report by the Commodity Futures Trading Regulatory Agency, there are about 25 registered cryptocurrency exchanges in the nation as of April 2022, including regional Zipmex and Upbit offices.