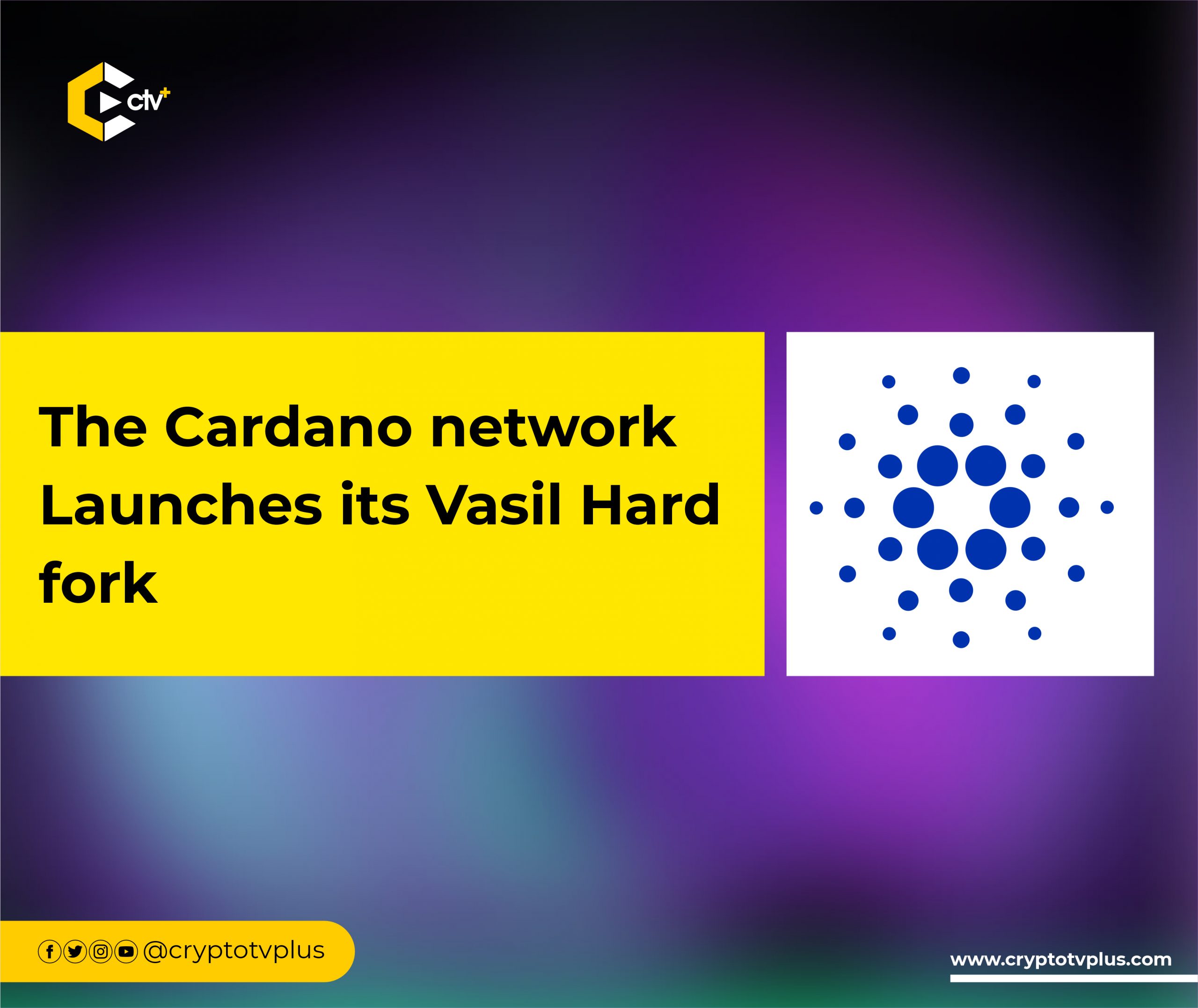 The Cardano’s much anticipated and major update, Vasil hardfork, started today, September 22nd and is expected to last over five days. The Vasil upgrade will set in some improvements on the Cardano Blockchain and enable it to become more scalable, efficient, and cost-friendly.

Vasil will allow Cardano applications to become “faster and more advanced,” making the blockchain easier to build on and enhancing user experience, according to a blog post by Cardano developer– Input Output Hong Kong (IOHK). Additionally, it will reduce transaction fees and improve the network’s capacity for growth.

Before the launch date, the Cardano co-founder, Charles Hoskinson, assured its community that the project was on track and would launch on that day. “We don’t anticipate there will be any issues, but there’s no going back now,” he mentioned in a live stream. He said, “No amount of testing or anything can stop us because the rocket’s in the air. It either explodes in air or reaches orbit, and it will reach orbit.”

Adam Dean, a Cardano engineer, said that a compatibility problem with the blockchain’s most recent client software had rendered the testnet of the blockchain “catastrophically damaged.” Dean hypothesized that the bug might have resulted from IOHK moving quickly to implement Vasil. He revealed his discoveries in a post that concluded, “If there were a “nuclear clock” for Cardano, we got dangerously close to hitting “midnight.”

What to Know About the Cardano Vasil Upgrade

By expanding the block size limit to accommodate more transactions per block, these developments could increase Cardano’s usability and scalability. The Cardano Vasil update will significantly lessen the difficulty of developing and running DApps.

In a blog post by Cardano, the Vasil upgrade also emphasizes Plutus scripts; “efficiency will increase because these scripts can be referenced consistently on-chain.”

Cardano is one of the largest blockchain networks in the world, with a market worth of over $15 billion, according to CoinGecko. Although Cardano supporters undoubtedly welcome the launch of the Vasil upgrade, the network’s ADA coin is yet to significantly respond to the development, at the time of writing.