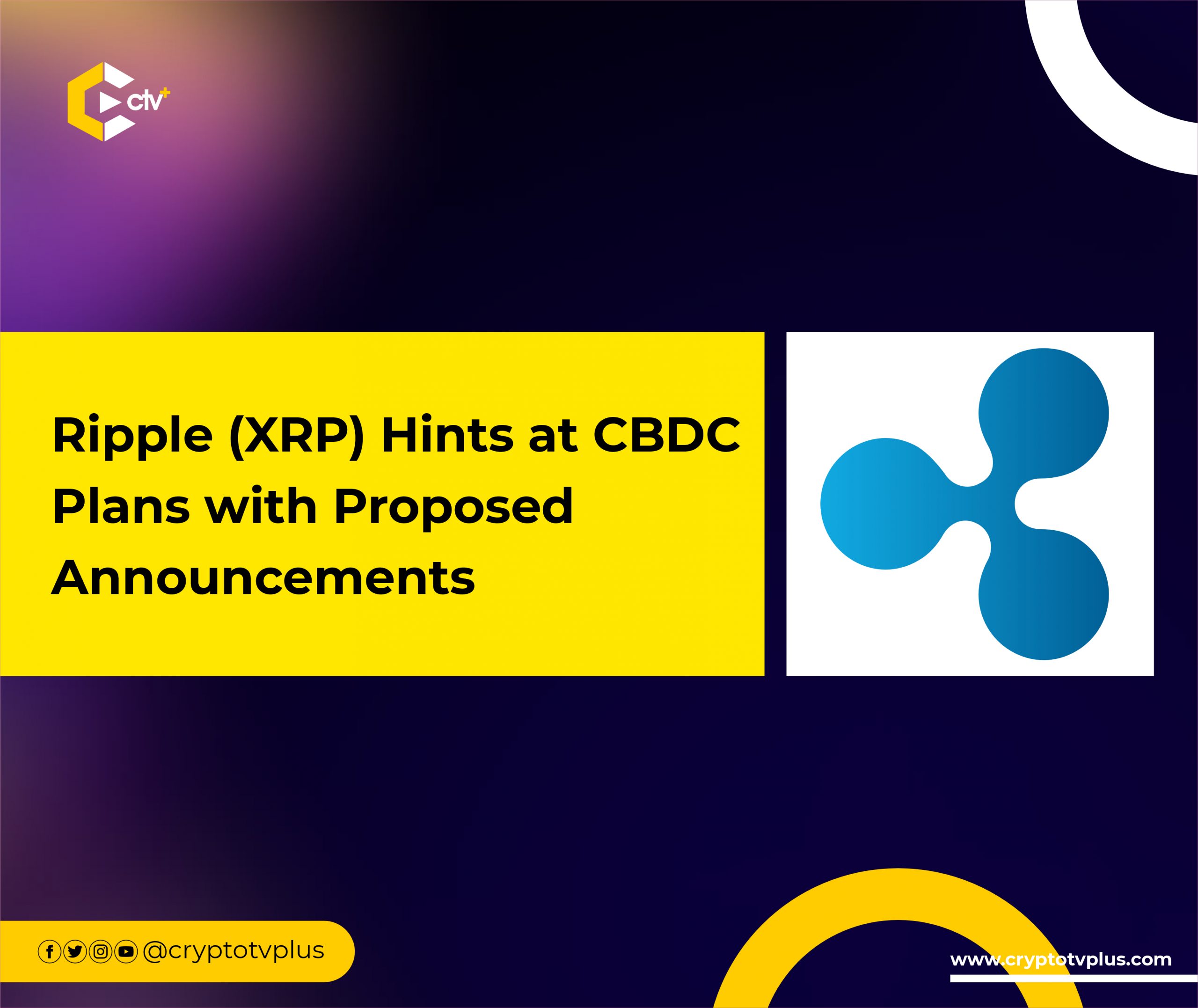 Ripple (XRP) is gearing up to announce CBDC plans in the coming weeks. Watcher Guru News quoted Antony Welfare, CBDC advisor at Ripple, who had earlier responded to a tweet.

The tweet posted by an XRP community member @sentosumosaba cites a June 17 interview with Welfare. In the interview, Welfare said,  “Ripple has several pilots in the progress for CBDCs, including the Royal Monetary Authority (RMA) of Bhutan and the Republic of Palau.”

“For Ripple, Crypto is in our DNA. Our RippleX business unit is focused on making it easy for developers to build on and with the XRP Ledger, as well as partnering with others in the crypto space on use cases like NFTs and CBDCs (aka tokenized assets).”

In addition, Welfare hinted at more announcements in the coming weeks about the CBDC plans. Meanwhile, Ripple will join the list of countries looking at CBDCs as an alternative digital currency. CryptoTVPlus had mentioned that the overthrown National Unity Government in Myanmar was eyeing a CBDC option to sponsor revolutionary efforts against the military regime.

In an earlier report, the European Central Bank (ECB) noted that CBDCs could replace bank notes following the rise in the use of digital currencies. The ECB acknowledged that this development is changing the current financial structure, deeming CBDCs a timely response to keep up with adoption. However, while adoption continues to spike, the ECB cites data privacy concerns as tech companies see an avenue for data collection.

What do you think of this article? Share your thoughts in the comments below