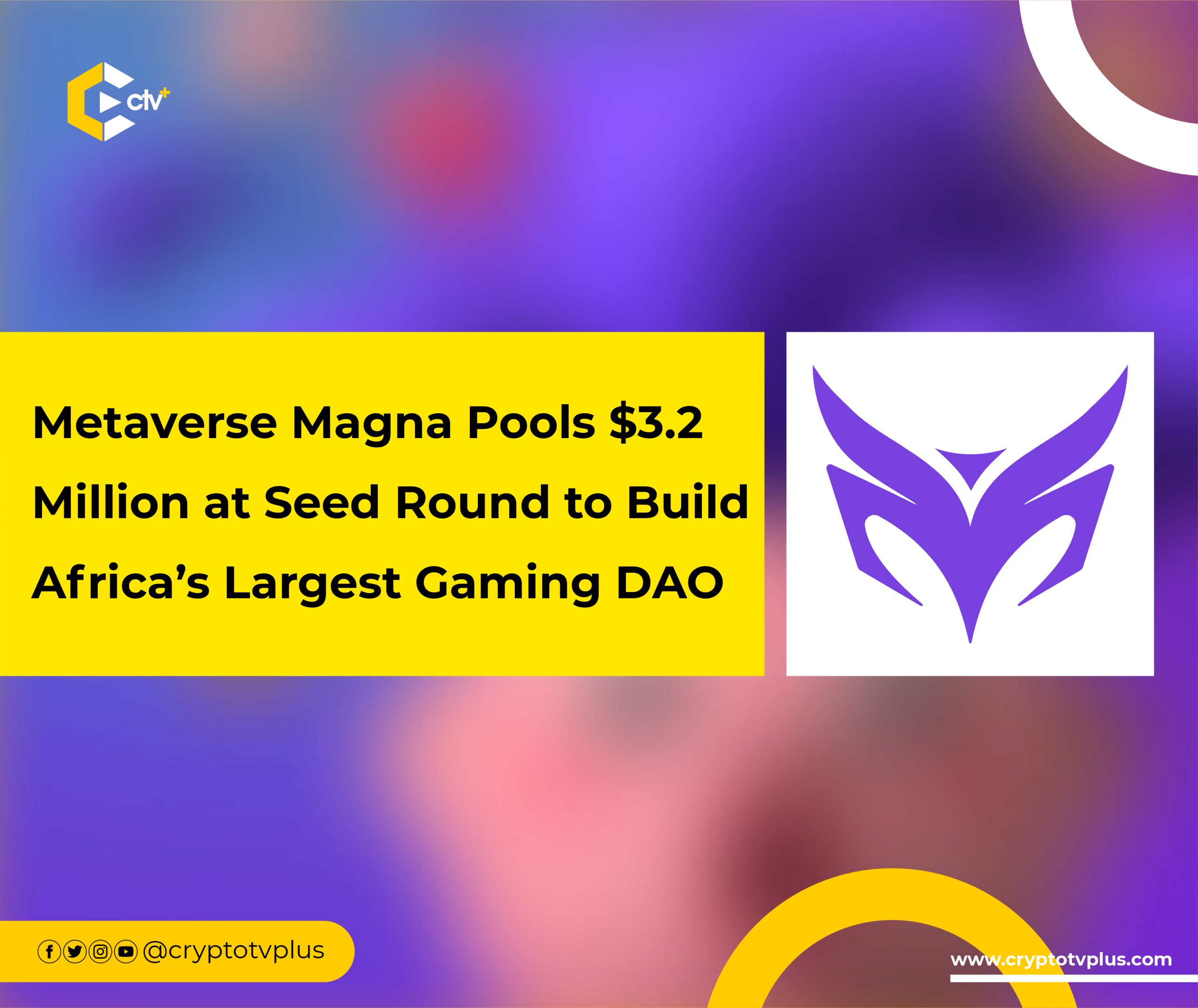 The gaming guild, Metaverse Magna, is living up to its vision of building the largest gaming DAO in Africa. The gaming franchise announced that on Monday, September 5th, it had successfully raised $3.2 million in a seed sale token round for its gaming guild, led by Polygon Studios and others. Following the round, Metaverse Magna is now valued at a whopping $30 million.

The gaming market is a goldmine, pooling over 3 billion global gamers and more than $200 billion in annual revenue from selling gaming consoles and in-game items. However, unlike Asia, Africa only accounts for 30% of the unicorn market. Nevertheless, MVM sees the potential in gaming for Africa, particularly as a way to onboard people into Web3.

In a post-round statement, MVM mentioned that the funding will complement its efforts to build “Africa’s largest gaming DAO and provide gamers with access to world-class opportunities.”

As a gaming DAO, MVM caters to several interests and needs of gamers, investors, developers and guild operators. And according to Nestcoin CEO Yele Badamosi, MVM is an independent entity within the broader Nestcoin ecosystem.

Interestingly, Nestcoin raised $6.45 million during a pre-seed round in February. However, the latest seed round is because Metaverse Magna is an independent entity.

In addition, Badamosi acknowledges the potential in the African gaming market in the following words;

“Africa has the highest youth population globally, but over 60% of the continent’s youth are unemployed,” said Bademosi.

“Gaming presents a unique opportunity to help young Africans earn and lift themselves and their families out of poverty. MVM’s seed sale token ensures opportunities for millions of gamers in these emerging markets.”

Currently, the MVM gaming guild hosts over a thousand active gamers across Africa with a vibrant community on Discord and Telegram.

Consequently, MVM offers gamers opportunities to earn up to $1000 playing Web 2.0 games like Call of Duty and blockchain games such as Axie Infinity and Pegaxy.