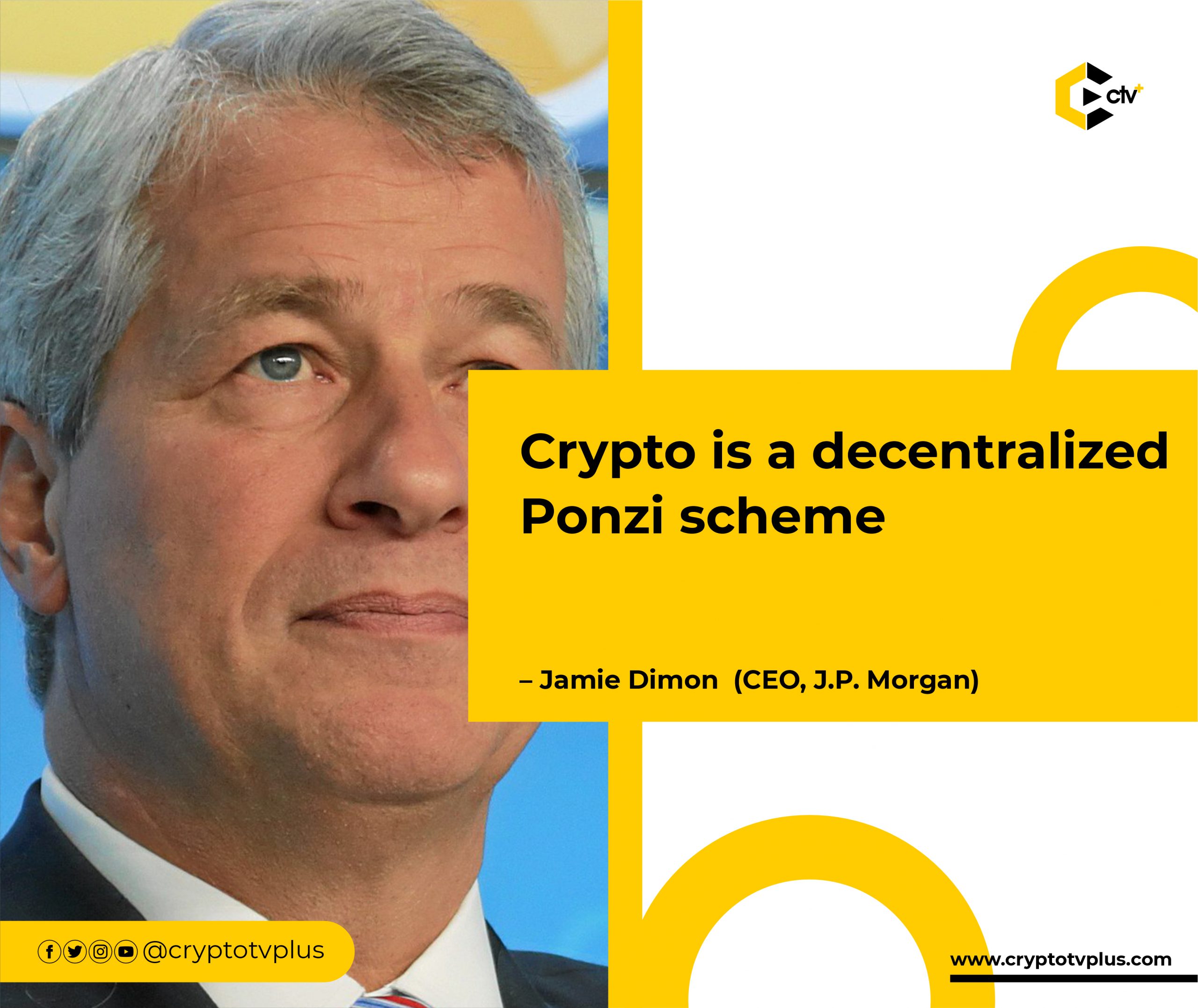 Jamie Dimon, the CEO of JPMorgan Chase, testifying before U.S. lawmakers, referred to himself as a “major skeptic” on crypto tokens like Bitcoin and labelled crypto a “decentralized Ponzi scheme.” He referred to crypto as a tale of two cities, with crypto tokens called currencies on one side and “real” use cases on the other.

During an oversight hearing held by the Financial Services Committee on Sept. 21, 2022, Dimon emphasized that the Blockchain, DeFi, ledgers, smart contracts, and “tokens that do something” sure hold some value. However, he criticized crypto tokens that identify as currencies.

Dimon said he believes stablecoins that are properly regulated are not wrong and that the regulation should be in line with what money market funds are subject to; this he said when asked about the draft U.S. stablecoin bill.

In the past, Dimon described Bitcoin as a “fraud” and reiterated that he has no interest in personally backing the sector. Moreover, he once highlighted that crypto could offer use cases like cross-border payments.

Despite his opinion on cryptocurrency, JPMorgan has been in the blockchain technology space. He launched an in-house stablecoin (JPM Coin) in October 2020. His stablecoin aimed at enhancing settlement efficiency and was the first cryptocurrency backed by a U.S bank.

After JPMorgan launched his stablecoin, the institution opened up a new blockchain business division called Onyx in about a week. After being set up, the Onyx platform has been utilized for global payments by institutional customers.

JPMorgan, in a report, referred to the Metaverse as a $1 trillion opportunity. The firm, after the announcement, became the first major bank in the Metaverse following an opening of its virtual lounge in Decentraland, a blockchain-based 3D space, in February.

JPMorgan hired former Microsoft executive Tahreem Kamptom and other new staff to push into the blockchain and crypto space. Given Kamptom’s LinkedIn profile, he is expected to help JPMorgan explore blockchain technology.

The lawmakers also asked other top U.S bank CEOs during the hearing whether they would finance crypto mining. Citigroup CEO Jane Fraser, Bank of America CEO Brian Moynihan, and Wells Fargo CEO Charles Scharf all said that their banks are not looking at doing so.

[…] Crypto is a decentralized Ponzi scheme  […]