Helium to migrate to Solana amid community vote
Advertisement 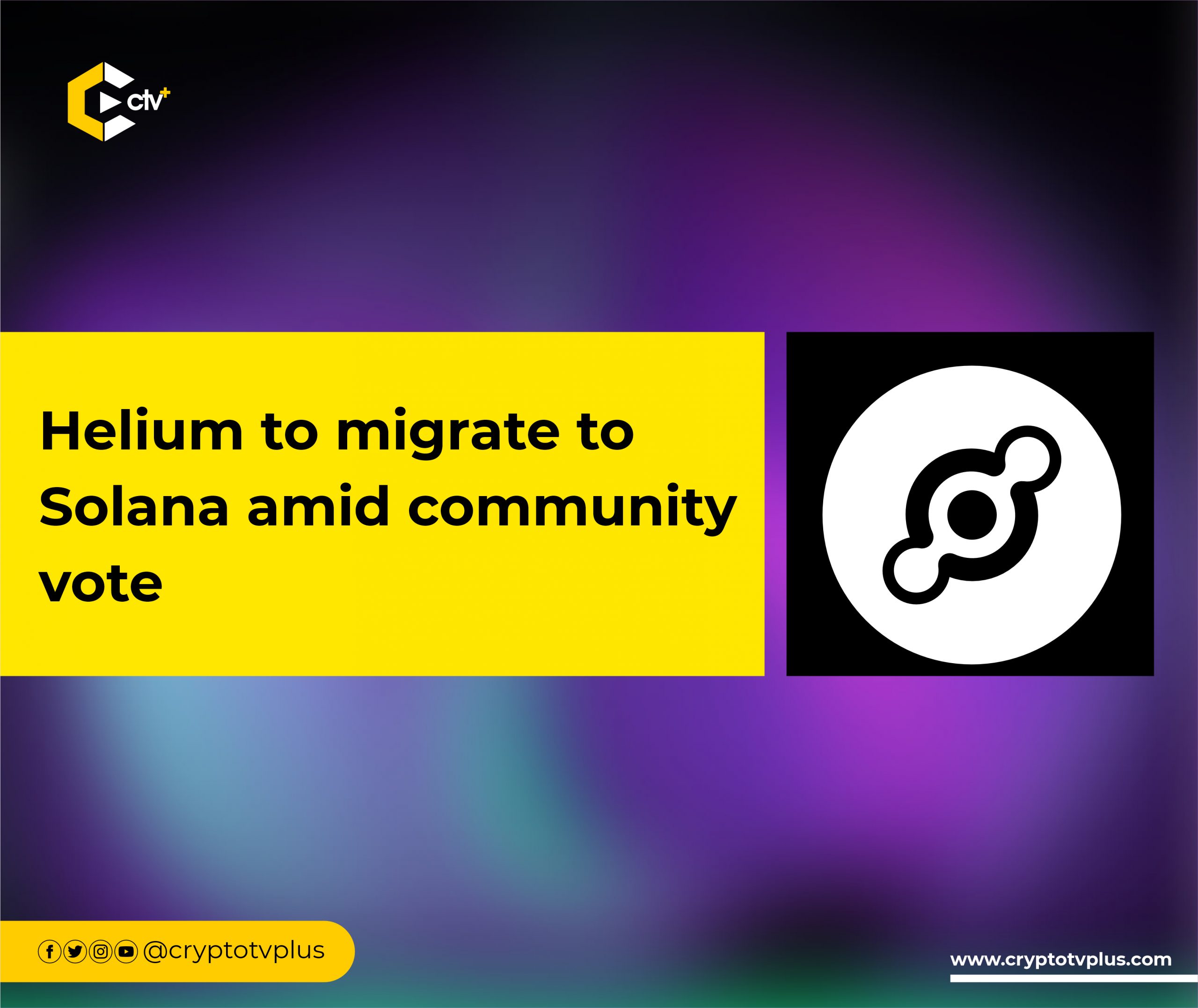 The WIFI decentralized network, Helium, is set to migrate to the Solana blockchain. Helium has its native chain but some community members have asked for a move to Solana.

Due to the request, a voting process was initiated that will require the staking of HNT before decisions were made. At the end of the voting, 6,177 community members voted for the move with over 12 million HNT staked. While 1,270 voted against the move.

The 6,177 represents 81% of the community which is up to the two third needed to proceed with the decision. Thus, the Helium network is set to leave its official blockchain, HIP 70 for Solana.

Although the migration of Helium to Solana was not accepted by some community members as well as stakeholders like Borderless Capital, who opted for Algorand, Helium developers want a scalable Helium network. On Solana, Helium will be more efficient in terms of the number of transactions and interoperability.

Once the Helium network is moved to Solana, all tokens of Helium as well as applications and governance will also be hosted on Solana.

Scott Sigel, COO of the Helium Foundation praises Solana blockchain for having a proven track record of “powering some of the world’s most important decentralized” projects. This is why he continued, we choose to partner with Solana.

For the COO, the move will help the team give attention to scaling the network and not working on the blockchain.

Other features that will follow suit after the full migration includes:

Anyone can also access the history of the Helium blockchain and HNT holders can utilize Phantom and Solflare wallets to interact with the Helium network.

[…] Helium to migrate to Solana amid community vote […]