Atletico Madrid and Whalefin to release 1001 NFTs on StepN
Advertisement 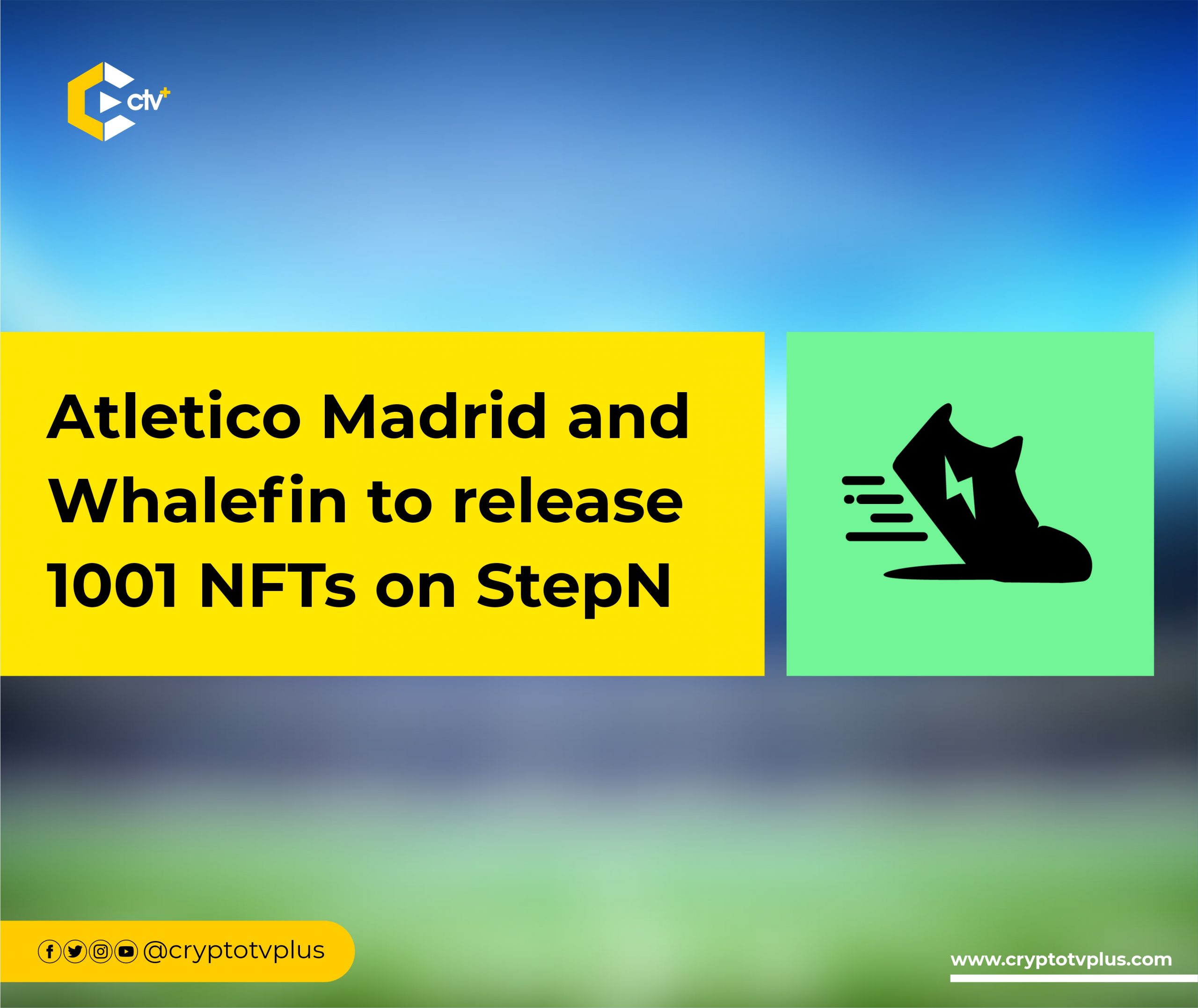 Atletico Madrid, and WhaleFin are set to release 1,001 Genesis NFT football boots on StepN. The MoveToEarn firm StepN made a Twitter post announcing the partnership.

0/ We are excited to announce our partnership with @atletienglish 🇪🇸 and @WhaleFinApp to launch a first-of-its-kind co-branded Genesis sneaker!https://t.co/tADePqmxuR pic.twitter.com/CXIda6B2NB

StepN is a MoveToEarn platform that inspires its users to live healthy lifestyles and earn as they move around daily with digital sneakers purchased on the platform. The fitness platform was launched in 2021 by Find Satoshi Lab.

WhaleFin is an investment platform founded by the Amber Group. While Atlético de Madrid is one of the most successful clubs in Spain founded on 26 April 1903 by three Basque students. The club has won 34 major titles from its inception.

The three brands are coming together to integrate sports, fitness, and wealth creation for crypto communities and to drive adoption.

Integration of blockchain in sports

This partnership will feature the release of 1,001 soccer boots that are designed differently. The first set of 850 sneakers will be “Common” boots named after the trophies won by the soccer team. It will have the date and place where their titles were won.

The next is a set of 140 “Uncommon” soccer boots designed to celebrate the stadiums of the clubs. While the last will be 11 “Rare” soccer boots with numbers 1 through 11. It’s meant to represent the number of players that grace the pitch for each match.

Owners of any of these collections will have access to certain benefits on the StepN and WhaleFin app and can win a ticket to travel to Spain as a live spectator during an Atletico Madrid match. For more details, read here.