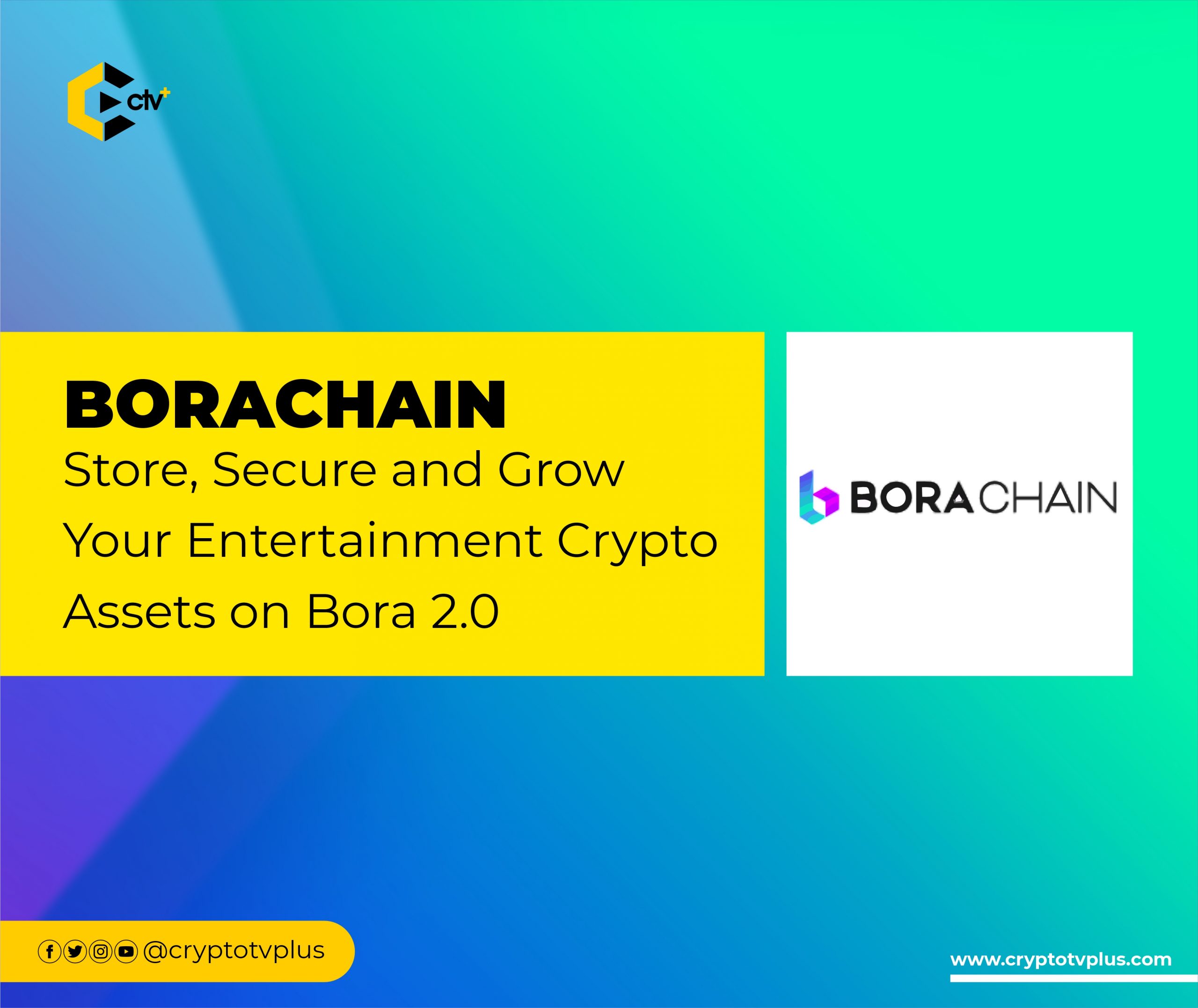 The 2022 market analysis revealed how blockchain will affect the future of technology as well as the size of the market. DeFi is buzzing and gaining more adoption; loans, deposits, synthetic assets, and other financial products are all examples of DeFi. This foresighted financial boost has allowed a slew of projects to thrive and compete. Through GameFi and NFTs, businesses related to games and digital content that have merged with DeFi are rapidly expanding.

Borachain is a platform that provides a secure environment for storing and growing entertainment crypto assets. BORA 2.0 was developed to address the shortcomings of BORA 1.0 while also meeting the needs of a diverse range of contents, and entertainment-related blockchain demands.

The following constraints were the primary motivators for the migration.

Borachain: The Limitations of BORA 1.0

Lack of Integration with the Public Blockchain: The BORA 1.0 was Ethereum Layer2’s private blockchain at the time of the project’s inception. The private chain has the advantage of being able to handle high volumes of traffic while also making the service more user-friendly, however, it is closed and thus has limited scalability; it lacks connectivity with the open blockchain and thus has failed to evolve and adapt quickly enough to meet the demands of the times.

The BORA team analyzed that protecting the link with the public blockchain is critical for the BORA Economy’s rapid growth and that Klaytn is the best option for doing so.

Consensus Algorithm and Closed-Off Structure: The BORA Network is based on the Private Chain, with full governance and a significant emphasis on “Network Security.” The closed-off structure has become a barrier to increasing the link with the public chain, allowing BORA 1.0 to cover existing significant blockchain services such as DeFi, NFT, and GameFi, as well as provide a broader range of services.

BORA 1.0 was built using the Proof of Authority Algorithm (POA). The PoA is built on a delegated block validator, which enables system expansion and faster task processing while maintaining high efficiency. As a result, the BORA Team set out to make a fundamental yet necessary change to the consensus mechanism to overcome the closed-off nature of the node.

Static Token Economy: BORA 1.0 issued a total of 1,325,000,000 tokens, intending to distribute and use them for a variety of purposes. Because of many difficulties like generating and administering the Eco-Fund required to accelerate ecosystem growth and managing the provision of liquidity required for ecosystem upkeep, the increasing rewards from participation in the existing static token economy structure became difficult, suggesting that the value of BORA may not rise quickly enough before the BORA ecosystem matures.

The BORA team then came to the conclusion that the pre-minted token structure and the sub-token structure introduced by the fixed exchange rate, must be altered for BORA to grow into a broader ecosystem.

Strong Connection with Klaytn: BORA 2.0 will generate a variety of Eco-products as a result of its connection to the Klaytn public chain. BORA API Service will enable a wide range of developed services to be integrated into the BORA Economy. Borachain Eco products include DEx, Wallet, NFTs, and many more; these products will be redeveloped or updated to meet the needs of current users while remaining compatible with the future development path.

The Wallet will be updated and improved in collaboration with KrossLab, which conducts various Klaytn-based wallet research and development. The BORA team will initially develop the NFT Generating, NFT Trading, and NFT Market, which will be modified and released alongside the Wallet but will collaborate with a special NFT tech partner who has various experience with NFT Liquidity such as NFT deposits and loans to expand beyond just holding NFT.

The DEX would be developed in collaboration with Claimswap and delivered in the form of an AMM rather than an Orderbook.

Governance Council and PBFT: After conducting research, the BORA Team decided to use Klaytn’s PBFT consensus algorithm to overcome the limitations of the POA. The Byzantine Fault Tolerance model (PBFT) has the advantage of eliminating the drawbacks of both PoW and PoS, efficiency challenges. Because of its speed, fault tolerance, and finality, PBFT will be used as the consensus algorithm in BORA 2.0. This reduces the security risk, which is a disadvantage of PoA while gaining its speed and efficiency.

Following the change in the consensus process, the Bora team hopes to convert the node operation method to the Governance Council (the “GC”), which is the same as Klaytn, for the majority decision-making that is the foundation of PBFT. The issue with BORA 1.0’s closed-off private chain will be resolved by switching to the GC structure. The BORA GC is made up of the Token Committee, the Contents Committee, the Tech Committee, the Marketing Committee, and the GC Partner, who would be assigned to each Committee based on their specialties and contributions.

Dynamic Token Economy: Better projects would join BORA if the estimated value provided by BORA could be increased quickly. Projects must demonstrate their worth before they can be actively mobilized. The BORA team recognizes the importance of developing a dynamic token economy for projects that collaborate with BORA to generate additional value through BORA.

The introduction of BORA’s dynamic token economy was due to the expected fierce market competition. After the service stabilizes, BORA would absorb into the market and gradually reduce tokens that are in circulation for the continued growth of BORA’s value. Because such changes have a large impact on the value of BORA, it is decided by vote and consensus among the GCs.

Eco-Fund and Community: Eco-Fund helps to identify good ideas early and continue to develop them so that many players can work together to enhance the BORA ecosystem for BORA 2.0. The BORC Eco-Fund will be established in collaboration with the BORA Funding Network, which will comprise not only the BORA Network but also numerous Crypto Funds and Equity Fund Management Companies from around the world.

Active communication with various user and developer communities is required for the development of the BORA ecosystem. User communities will be a place for users to interact and share information. As a result, BORA 2.0 intends to launch new channels while also strengthening existing ones.

Ritestream: A Decentralized Film and TV NFTs Platform for Creators and Users

BORA Tokenomics 2.0 was implemented to overcome existing issues on BORA 1.0 and achieve the newly stated growth strategy, which includes

To meet the mid-to-long-term goals, more funds must be raised, plans for token redistribution and new uses must be developed, and a system for monitoring token supply must be put in place. As a new token economy is required, BORA 2.0 will implement an inflation schedule, a permanent lock-up model for fees, and a new token distribution policy and usage plan.

BORA 2.0 provides an automatic permanent lock-up mechanism for BORA tokens to restore ecosystems and create a sustainable token economy. A percentage of all fees from token transactions and distribution will be automatically taken and permanently locked on the BORA Platform. The generated tokens are distributed to five distribution pools by the platform. The five pools are Liquidity, Ecosystem, Community, Governance Council, and Reserve.

Blockchain technology has its challenges; products that intend to navigate those challenges must be adaptable to changes and growth. Borachain migrated from its initial version to a second version in order to improve the system and scale the market limitations of Borachain 1.0.