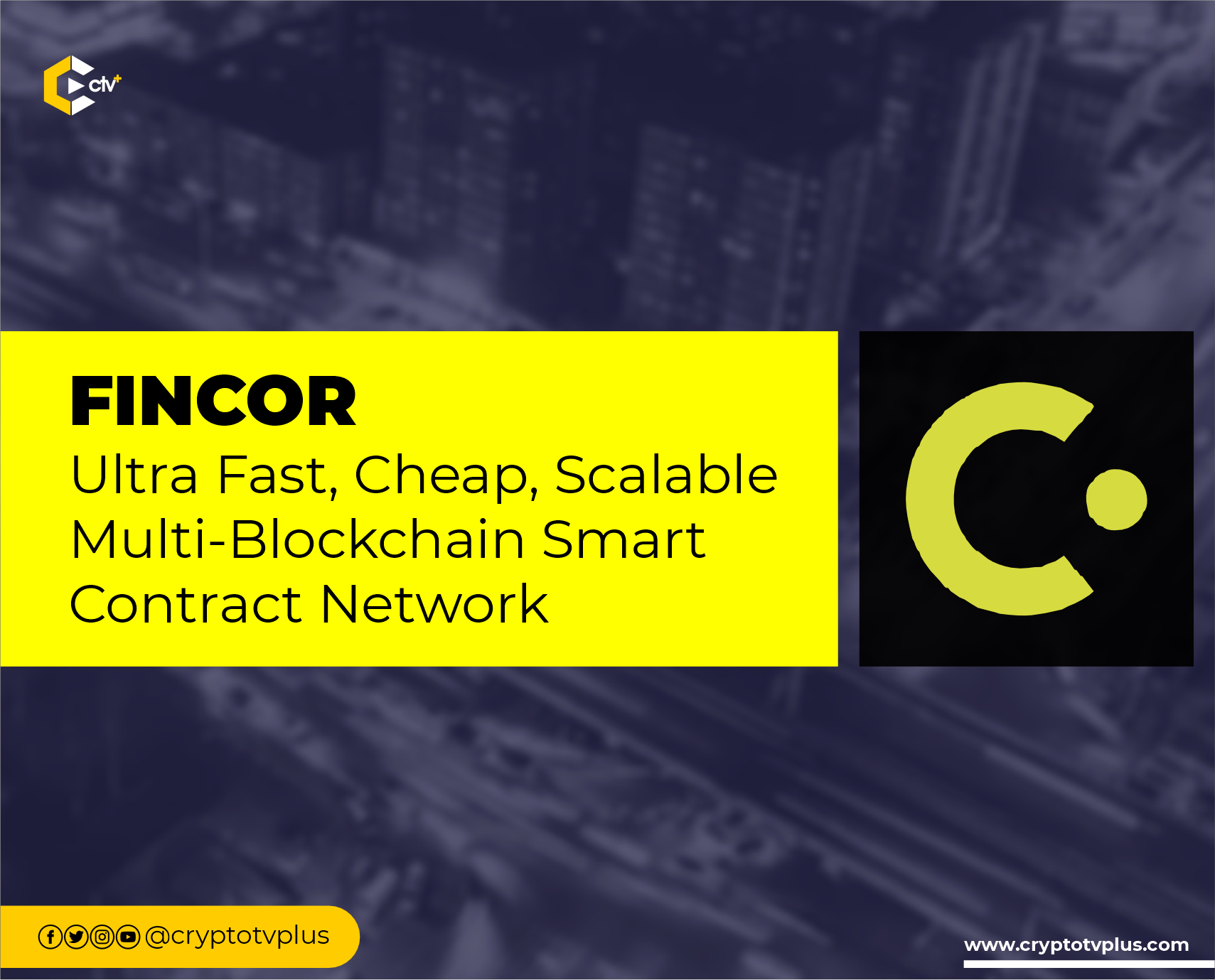 The development and use of blockchain have increased over years. More adoption strategies have been introduced into the market from stablecoins, games to platforms for dApps, and more. Yet, there have been challenges surrounding the use of blockchain. One of them is centered around solving the blockchain trilemma.

Most blockchains created are designed to compromise either of these three basic elements: security, scalability, or decentralization. And when this happens, the networks are not efficient enough to pull through.

The next challenge has been the interoperability of blockchains. Because developers and other users of blockchain products have myriads of products to choose from, there is a concern about how each of these networks can communicate with each other seamlessly. To solve this, certain Layer 2 blockchains have been created to bring about cross-chain capabilities however practically, L2s are difficult. This no doubt has affected blockchain adoption. And, Fincor is being developed to make this history.

Fincor blockchain is an innovative network that enables ultra-fast, ultra-scalable, and ultra-cheap (3Us) transactions and smart contracts, powered by Artificial Intelligence and runs on a Proof-of-Unity (PoU) protocol.

It’s been built to complement the operations and cover the gaps existing in the blockchain space. Fincor enhances cross-chain communications without bridges, therefore, making it easier for the adoption of more complex decentralized developments like metaverse projects.

Fincor blockchain functions as a Layer 1 blockchain with unique hybrid features that make it suitable for scaling the adoption of blockchain. Some of these features are:

This is how the Gossip algorithm transmits data in such a way that downtime is reduced as much as possible. “Before the data’s transmission, the whole data is marshaled, signed and the stream of buffers is transmitted on the network in parallel with indexing,” says the WhitePaper. “The receiving node uses the algorithm to unmarshal and sequence the streams as well as to extract the required information.”

Just like every other protocol in the blockchain space has a kind of voting system for verification of transactions, Fincor uses a virtual voting system that works with the Gossip protocol. This makes use of the Gossip Hierarchy to initiate the voting and selection of the node needed to carry out the supposed action.

Fincor uses a super-designed system that makes it interoperable with other protocols like PoW, PoS, dPOS, and pBFT at Layer-1. This is made possible with the introduction of the Decision Agent Module (DAM) into all blockchains built on Fincor. Read more.

The weakness of Infura and Alchemy on Ethereum is being replaced by the innovative design of Fincor. With the Fincor light system, users can allocate their energy resources, use their dedicated node service, and permission to implement the Fincor network on other smart devices. This makes the Fincor blockchain a network with full decentralization.

Fincor is also a sustainable project that utilizes less energy compared with PoW blockchains. It uses the Proof of Unity Consensus that exhibits most of the features explained above, is AI-controlled, and is suitable for Web3 and metaverse projects.

Fincor coin (FNR) is the power that drives the Fincor ecosystem where smart contracts, interoperable blockchain networks, crypto wallets, DApps, and other applications run. The coin is used for both utilities and governance.

With the FNR coin, users can pay very few gas fees. This is one advantage of the Fincor network. On governance, holders of the coin can vote on decisions made in the Fincor ecosystem.

The coin which has a total supply of 1 billion has been divided accordingly for allocation: 15% for FundRaising, 16% for team incentives, 7% for advisors, 3%, 30%, and 22% for marketing, rewards for nodes, and treasury respectively.

Users can earn FNR by becoming validators, staking the coin in various DeFi projects to be launched in the ecosystem.

The top challenge for the Fincor network is the competition in the space. There are a lot of blockchains that have been released to cover the gap created by Ethereum blockchain. However, the process is yet to seize since more and more innovative systems are discovered and launched as new blockchains.

Another challenge for Fincor will appear when projects are being launched on the blockchain. As the community grows, new challenges will be seen based on real-time feedback from users of the network.

Fincor blockchain development started in early 2018 and has gone through a series of phases for three years. For 2022, the focus will be on Fincor Ethereum testnet support Layer 1 and swap along with the cross-chain Layer 2 smart contract; Fincor Ethereum mainnet support for Layer 1 and swap, PoS and PoW variant chains, the interoperable smart contract, browser extension, desktop, and mobile wallets.

In 2023, metaverse and DeFi applications will be the highlight of Fincor blockchain development because current users of these platforms have challenges with the interoperability of such platforms.

TrustNFT, Lympo, and Blockchain Centre are some of the partners of the network created by a team of world-class developers.