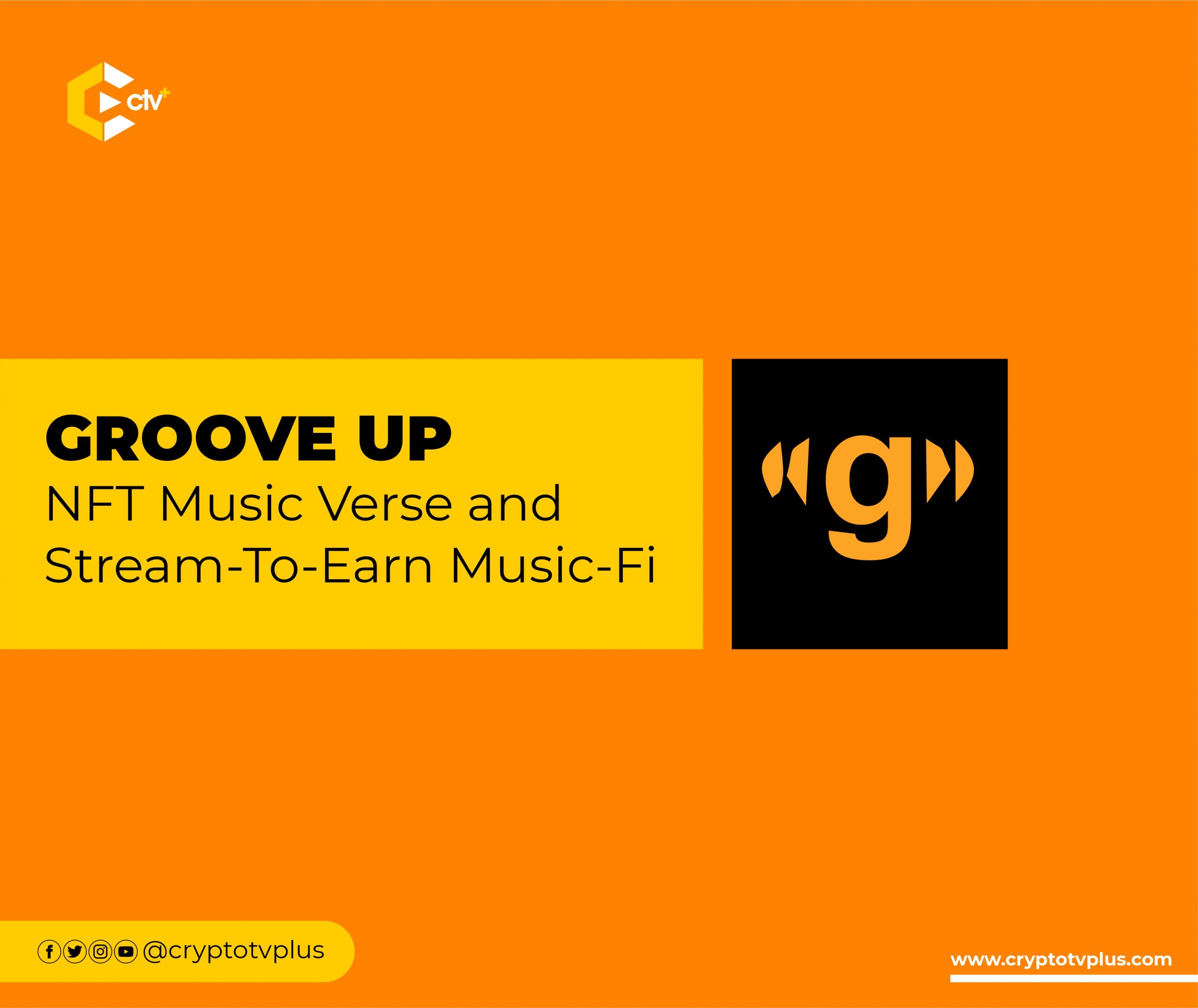 Have you ever considered being part of a digital world/community of music? In a music world where all you do is to have the groove, consume, create, collaborate, communicate and coexist?

Groove Up is the first DAO/Decentralized music-fi app built on the Binance smart chain that helps artists grow active fan bases and finance while rewarding the fans for actively streaming and sharing the music using smart contract administration.

Groove Up is built by music lovers, music creators, and music collaborators. It is built by those who know what music is and what it represents. Those who experience, live and breathe energy.

The Music verse is a place for passionate generations of music creators and their hardcore fan groups, to come, grow and make money together. Influencers and service providers can create content and earn a share of the social media streaming revenues.

Groove Up aims to serve as a one-way channel to music influencers such that artists will have that one central point where they can engage with, stimulate and mobilize GennovatorZ to create, stream, and share videos of themselves across all platforms & grooving to songs of their favorite Groove UP artists instead of having that shared scattered across multiple social media platforms like Twitter, TikTok, Instagram, and many others.

GennovatorZ: This is the name given to GrooveUp VIP super-fan groups.

Here are the major rarities that make GrooveUp unique.

Neos (Spatium): A Peer-to-Peer Metaverse for Creators, Educators, and Communities

How GrooveUp works for Artist

With the GrooveUp, the artist is tokenized like NFTs and then offered to fans who can invest in all music-related successes.  When a fan stakes on an artist, it can increase in value, and any stake is resalable.

Fans can buy a lifelong stake in an artist’s future streaming revenues for a particular project /song and get a percentage of whatever the artist earns. The revenue will be paid directly to them using Blockchain-powered rights management & distribution. Music Investment Portfolios (MIPs) are transferable to a next of kin like any valuable asset.

Each artist has a personalized fan base room to enable real-time engagement with their fans all over the world with just a click on the streaming app.

They can share personal messages and get feedback directly from their fan community, getting opinions, sharing unreleased songs, and getting instant ideas from fans. That way, they can directly raise money from their fans for their music production and promotion. In exchange, fans earn a share in their streaming earnings on all platforms such as Spotify, Apple Music, YouTube Tidal, etc.

How to earn from GrooveUp as a Fan

$Groove is the utility token for the GrooveUp app ecosystem. $Groove will be used for the following.

GrooveUp is an application intended to work with existing music streaming platforms such as Spotify, Apple Music, Tidal, etc,

Through the Groove Up app, users have access to all of the major DSP music catalogs, which connects artists directly to their fans to enhance the traditional music streaming platforms experience by utilizing the blockchain tokens reward system exclusive to GrooveUp subscribers,

Robotoken; Explore Space with Elon Musk and Earn in the Metaverse

REALM: Grow, Loot, and Explore your Play-To-Earn in the Microverse