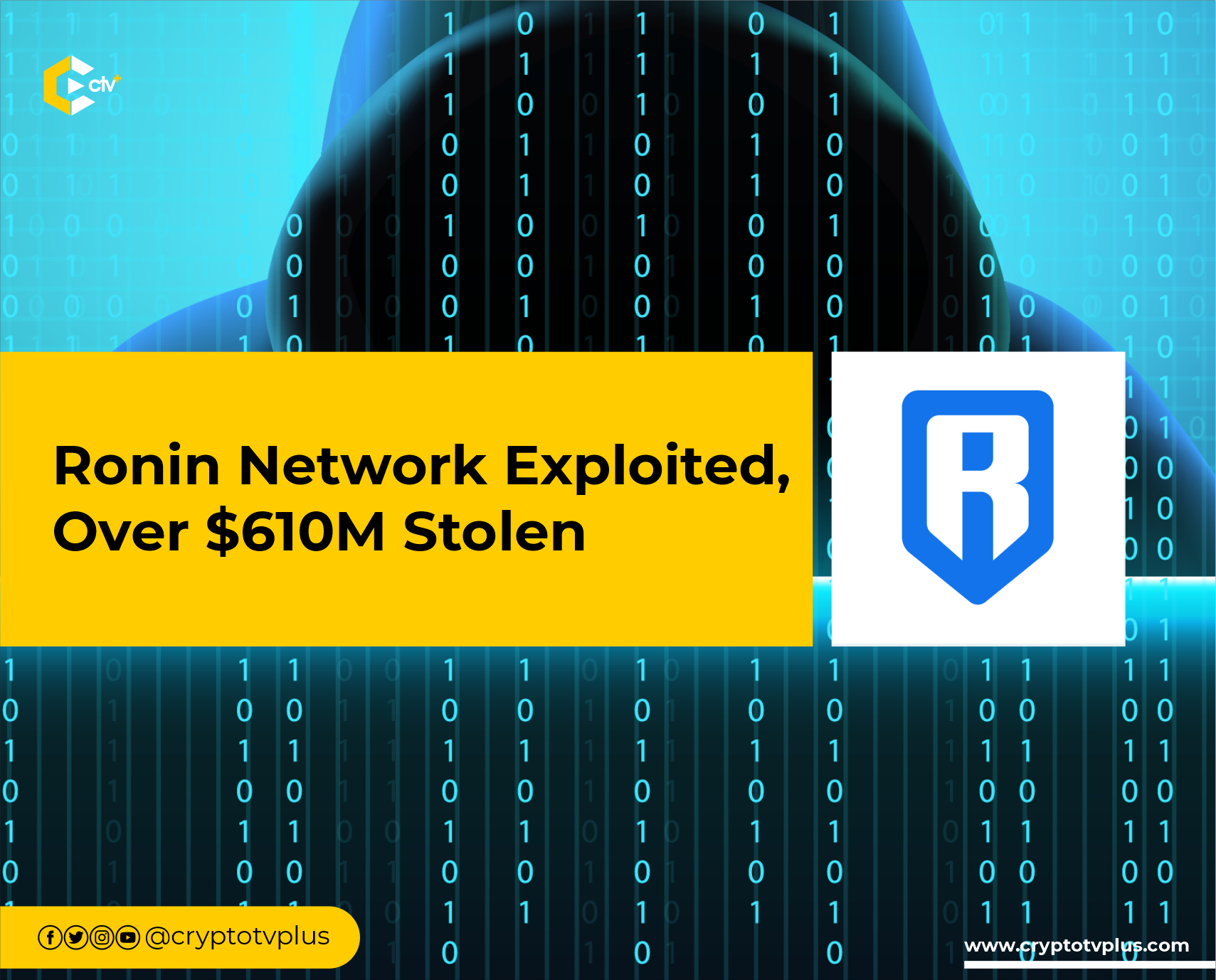 Ronin Network has been breached, Over $610M Stolen

Ronin Network has reported a security breach. The network took to Twitter to reveal the Ronin Bridge was exploited for 173,600 Ether worth about $590M and 25.5M USDC making a total of over $610M.

Ronin Network is the network wherein Axie Infinity, the popular play to earn NFT based game that set the stage for the explosion of the P2E universe.

According to Ronin, the bridge and Katana DEX have been halted. They also revealed they working with law enforcement officials, forensic cryptographers, and investors to make sure all funds are recovered or reimbursed.

In a substack publication, the Network revealed they discovered on the 23rd of March, that the Sky Mavis’s Ronin validator nodes and Axie DAO validator Nodes were compromised. This resulted in two transactions that drained the 173,600 ETH and 25.5 USDC from the Ronin Bridge. The attacker used hacked private keys to forge fake withdrawals, but this was discovered today – 29th March, when a user’s 5,000 ETH withdrawal failed.

A Breakdown of the World of GameFi in January 2021

As part of a process to prevent future exploits, Ronin revealed it is in the process of migrating its nodes, which is different from the old infrastructure. The Ronin Bridge has also been temporarily paused to prevent further attacks,

Over the past two years, the cost and number of breaches have increased and running in billions of dollars. And as the industry continues to grow, there is no doubt the number of attacks will likely continue.

Ronin said all the AXS, RON, and SLP are safe and are in the process of conducting a thorough investigation. With most of the funds held in this wallet, and a collaboration with law enforcement, and members of the crypto community, the Ronin team can only hope to recover the funds.