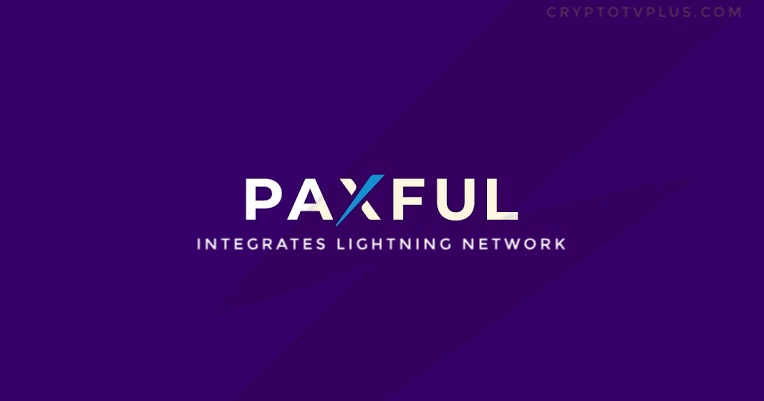 Leading peer to peer marketplace for the trading of giftcard and cryptocurrency Paxful has announced the integration of Lightning Network into its platform.

Lightning Network is a second layer added to the Bitcoin’s blockchain that enables super-fast and cheap transactions. These transactions happens off-chain thus, when scaled; it can allow millions of micro transactions.

It is no news the bitcoin’s grows expensive as the price goes up. Transaction cost at the early days used to be less than a cent but are now much higher and sometimes over $50 to make a transaction.

Paxful users have also been complaining of the rising fee and even after Paxful has tried to make the platform better, users would also complain and this is due to the growing price of bitcoin.

Paxful has now integrated Lightning Network to enable its users send bitcoin fast and cheap and this could open doors to more volumes as users begin using the new feature.

Banks have no choice but to pay attention to DeFi – Ray Youssef, Paxful CEO

With the growing fees on the Paxful marketplace as a result of bitcoin’s high rising price, users have been having issues and this adoption may just be what will spur higher trading activity on the platform.

MicroStrategy CEO, Michael Saylor also commented on the Paxful’s adoption of Lightning Network, he said “Soon, no #bitcoin wallet or #crypto exchange will be competitive if they don’t support #Lightning.

Soon, no #Bitcoin wallet or #Crypto exchange will be competitive if they don't support #Lightning⚡️. https://t.co/NQo4zFzuc1

Just a week ago, Paxful CEO, Ray Youssef spoke about DeFi in an interview in Nigeria. He said Banks have no choice but to pay attention to DeFi. He also said Africa is held back by unequal access to financial system.

EU to invest $177 Billion in Blockchain & other emerging technologies