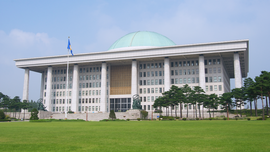 South Korea is making allowance for categorizing cryptocurrencies as “goods” instead of “currencies” for the purpose of computing taxes. It is projected that income from dealing in cryptocurrencies will then be in danger of tax rates up to 20%.

Rumours have it that the South Korean legislature are putting plans in place to modify extant laws so as to present a capital gains tax for cryptocurrencies. The essence of this is to make income from cryptocurrency dealings taxable income.

Bitcoin and other “electronic certificates of economic value” are in danger of this budding taxation plan.

A Court in South Korea has pronounced in its judgment that:

“Until now, virtual assets have been recognised only as a function of currency and have not been subject to income tax, but recently virtual assets (like bitcoin) are increasingly being traded as goods with property value,”

The South Korean government is at the stage of considering a taxation bill. It is projected that when passed into law, it will have far reaching effects, not only in the country but to the world at large. The reason for this is not farfetched as SouthKorea domiciles a host of cryptocurrency exchanges and permits flexible cryptocurrency activities. A 2017 enquiry exposed that one in three persons were active users of cryptocurrencies. This goes to show how widely accepted cryptocurrencies are in South Korea being one of the World’s biggest hubs for cryptocurrencies.

Although crypto trading activities have largely plummeted this year due to the pandemic as published by Invezz (trading volumes have dropped by 43% just in 2020), the government continues to urge for the control of this budding technology.

While the South Korean legislature is yet to reveal the contents of the cryptocurrency taxation bill, earlier this year, it enacted a trailblazing and all-inclusive regulation for cryptocurrencies and trading platforms. We await the completion of the legislative drafting and law.

Simplification of Crypto Products: A Catalyst to Adoption